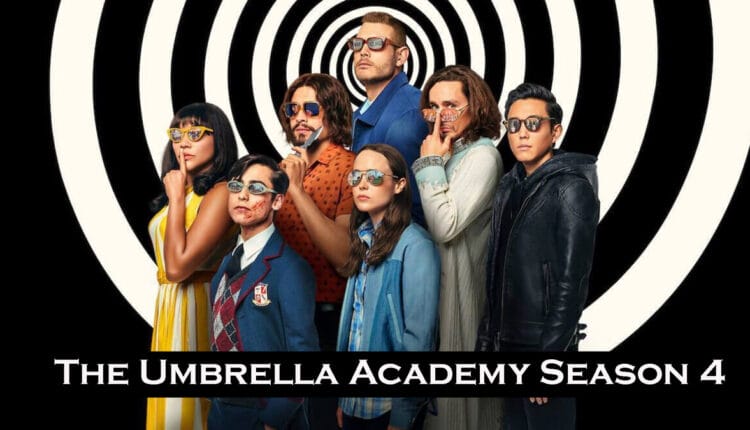 Fans of umbrella academy have waited for 2 years to watch the third season of the series and it was FREAKING AMAZING! The Umbrella Academy has already released its most awaited third season this year and fans couldn’t be more excited about it. The popular teen fantasy drama has arrived on the screen after 2 years and now the audience wants to know whether the franchise will continue to release more seasons or not. Will there be the umbrella academy season 4?

Due to the global Pandemic, many shows have been shut down, including our beloved The Umbrella Academy. Fans have to wait to watch the third season of the drama, Since it was already concluded on a major cliffhanger, there was huge chaos among the fandom regarding what would happen in the third season.

Thankfully The Umbrella Academy Season 3 has landed on Netflix with its fresh 10 episodes and every single episode has maintained its dignity and integrity and provided a great plot. The show has already taken the limelight and it has already captured the popular category on the Streaming platform.

The third season was tremendous and there is no doubt that the story will move on. The officials have already left the story incomplete, making the viewers desperate for the future plot. In this article, we’ll be sharing everything about the fun, charismatic series and will give you all the deets respect to the upcoming season. Continue your hints and find out everything in the article.

You may also like: TVF’s Kota Factory Season 3 Has Already Started the Production this Year

The Umbrella Academy Season 4: Is it Happening or Not? 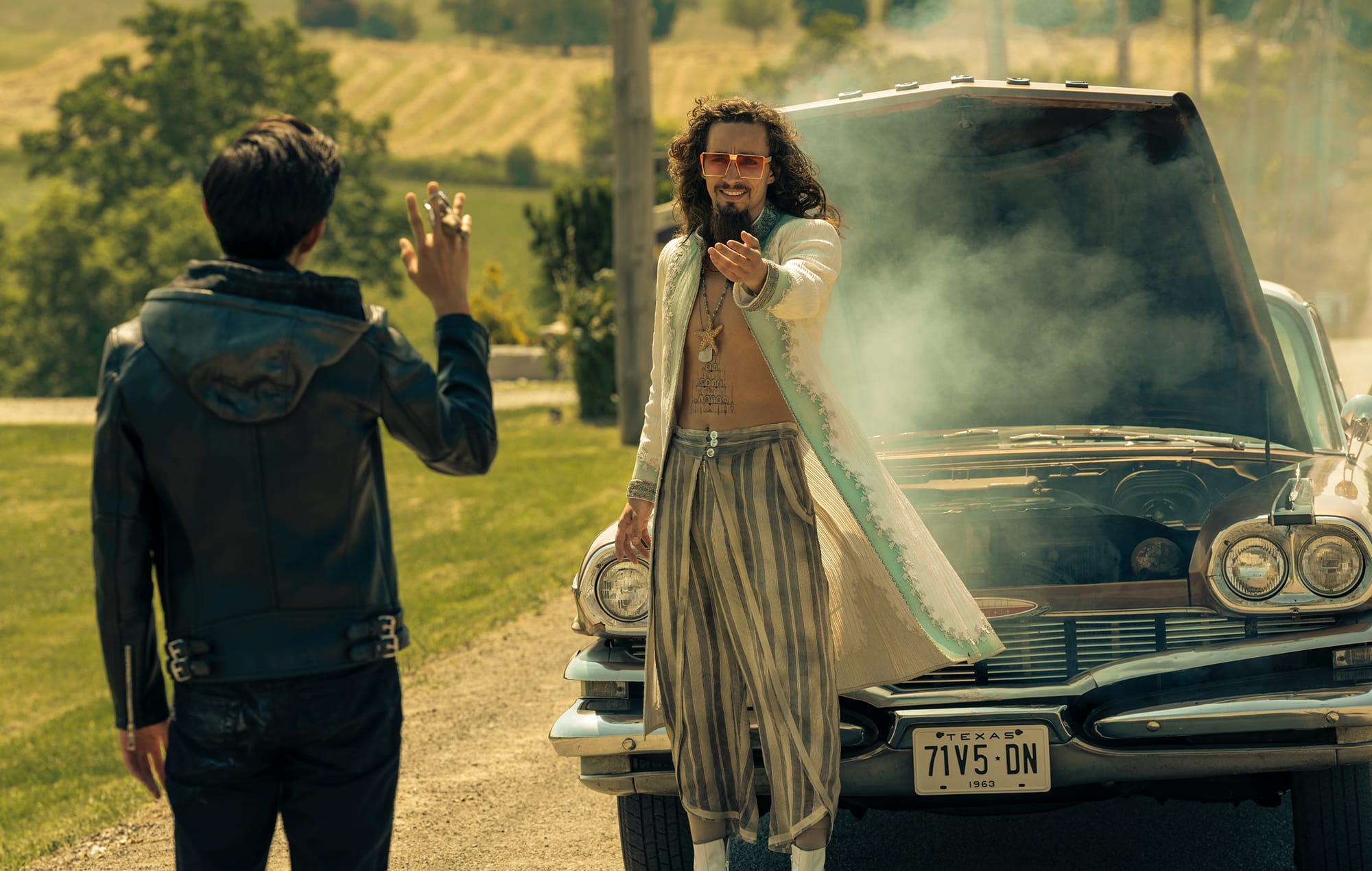 The story has already wrapped up but there is certainly more room for more. Many people believe that the writers have left the story open so that they can add more plot to it. On the other hand, there have been talks regarding the fourth installment. The renewal of a series depends upon the popularity of the show.

We already know that the Umbrella Academy is one of the popular series on Netflix and the streaming platform won’t be missing any chance to extend the show.

The good news is that the showrunner, Blackman, has recently revealed that he has proposed the idea for the fourth season; he is certainly waiting for Netflix to consider it.

Blackman said, “I think inevitably if we got a Season 4, it’s going towards an endgame,”

He further added, “I think at a certain point, I’m not sure where we’d go after Season 4. We have to be careful. My plan for next year is not to continually tread on the same ground we have before. It’s a challenge to come up with a new way to subvert this storyline, and I think we have an idea of how to do that. But I think if we got to Season Four, it would be a great ending for the run of the show. I’m not saying I couldn’t do more, but you know, I think that would be very satisfying for the audience, four seasons.”

Netflix has not officially responded to anything about the umbrella Academy. The fans are waiting for the official release statement so that they can conclude the future. We are looking at the details of the show and will update you once we find out more about it.

The Umbrella Academy Season 4 Release Date: When is it going to Release?

Thankfully, the creators of the series are interested in the production of the series. The beloved Netflix series has already hinted at the possibility of another season. There is a huge possibility for The Umbrella Academy to get renewed.

For a popular series like The Umbrella Academy, we feel that the officials will be discussing it. There is no information regarding the release date for the show. It took 2 years for the show to get on the screen and it was only because of the covid-19. The fourth season has not been renewed yet but since it is based on the comic book, which already has the story left to covered.

We are assuming that the Umbrella Academy Season 4 will be released in 2023 or 2024.

The Umbrella Academy Season 4 Plot: What will be the storyline? Season 4 of The Umbrella Academy has not been confirmed yet but since the comic book series has a lot to discuss, there is hope that the show will be getting renewed. The third season has already ended with a  lot of things and it would be hard to pick every single one of them.

The last season has already left hints for the possibility of another season and in the fourth part, we are likely to see everything getting back. One of the major events that happened in the show is regarding the powers of our heroes. Will they be back?

The fourths loans will be more challenging for the siblings and with their opponents being on the side, it would be more amazing. Besides all these things, the fourth season will be Challenging and full of twists.

You may also like: Joker 2: Is The Sequel Announced? Here Is Everything We Know

The Umbrella Academy Season 4 cast: Who will be in it? 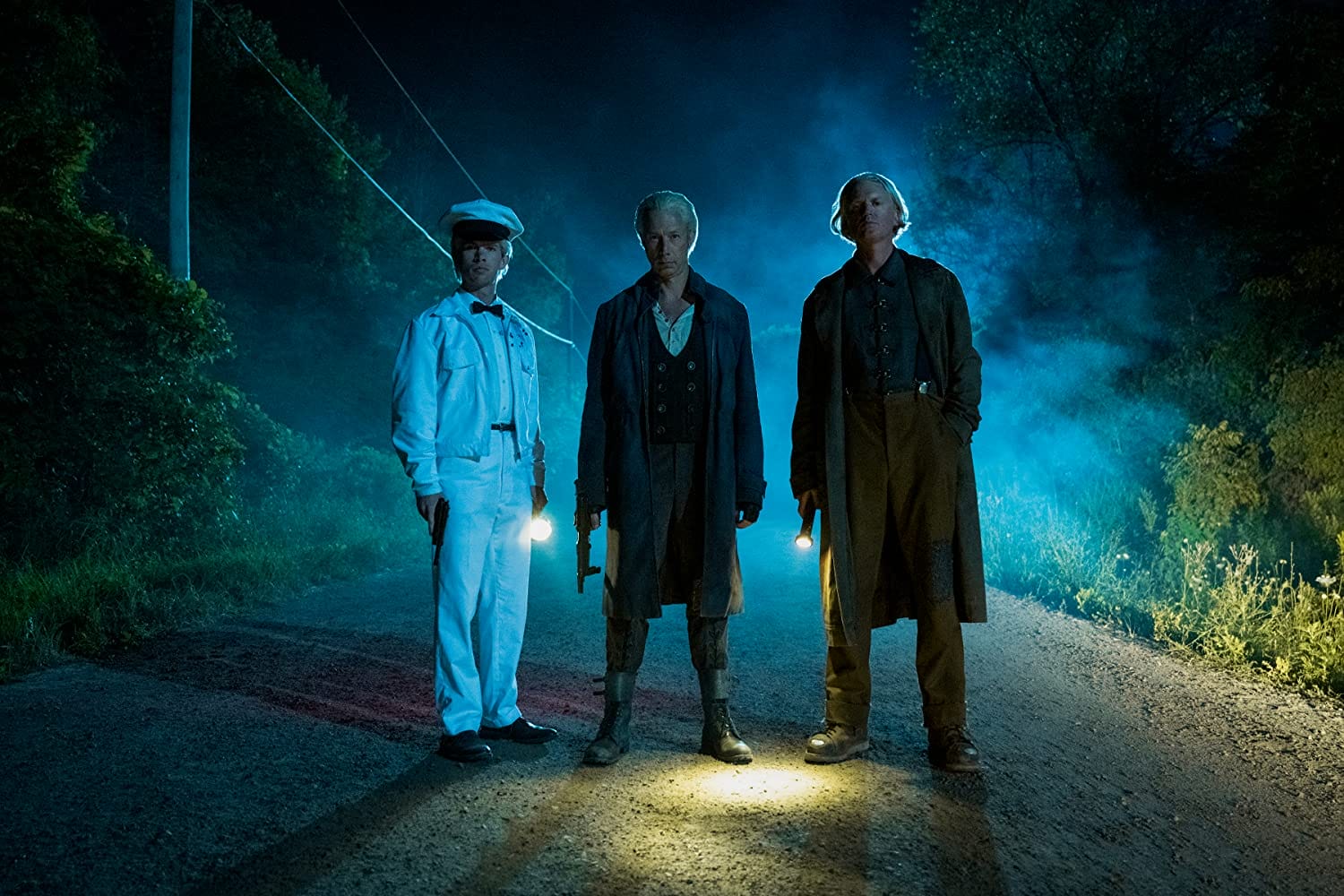 If there will be a fourth installment of the Umbrella Academy, we are surely going to meet all the original characters in the show. There won’t be any doubt whether our favorite stars are going to be back or not because, Of course, they will be coming back. The show won’t move further without them. So get ready to meet Luther (played by Tom Hopper), Diego (played by David Castañeda), Klaus (played by Robert Sheehan), Five (played by Aidan Gallagher), and Viktor (played by Elliot Page) as the main characters.

In the third season, we saw how the family lost all of their superpowers which means that there will certainly be something that will be making them one. Also, many people are assuming that there might be a possibility for the people to come to the afterlife which certainly means that Allison, ( Emmy Raver-Lampman), the third sibling of the family is likely to come back.

Moreover, we are likely to meet Lila (played by Ritu Arya), and Ben (Justin H Min). Many people are already wondering about the story of Luther’s wife Sloane (played by Genesis Rodriguez), who suddenly disappeared in the show.

Among all these things, there is one main thing that fans are especially considering and that is the Sparrow Academy. If the writers demand, we might be getting and see if Justin Cornwell (Marcus), Justin H. Min (Ben), Britne Oldford (Fei), Jake Epstein (Alphonso), Genesis Rodriguez (Sloane), and Cazzie David (Jayme) coming back on the show.