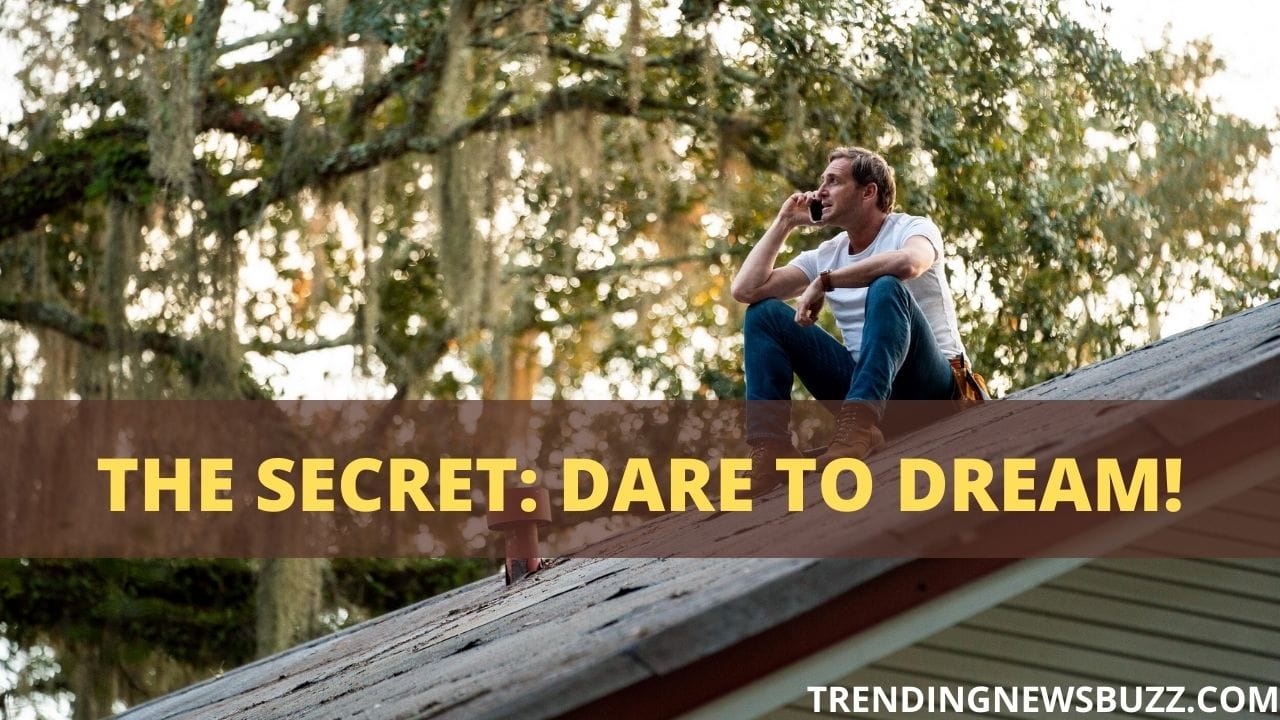 Hey reader! Are you the one who just loves watching love stories? Do you know what is brewing for the movie The Secret: Dare To Dream, after one year of its release? Have you watched the movie yet? Or are you looking for inspiration to watch the film? Oh, just kidding! 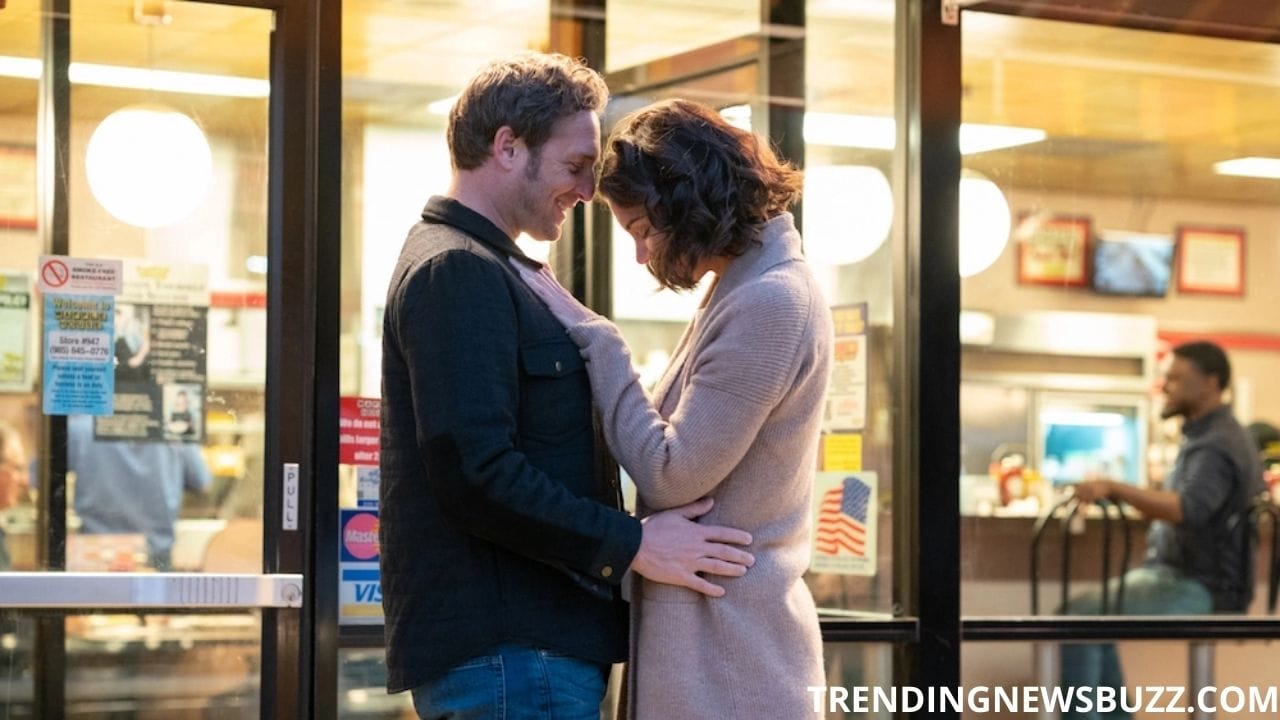 But you are at the right place because we have gathered all the details about The Secret: Dare To Dream that you would like to know. Keep reading till the end and we will not disappoint you!

From the director of ‘Hitch’ and ‘Sweet Home Alabama’, The Secret: Dare To Dream has captured many eyes after its release. From the release date to the trailer, from the cast to plot line, from movie ratings to reviews, we have a lot of details to offer. Let us take a look.

About The Movie- The Secret: Dare To Dream

The Secret: Dare To Dream is a 2020 American film and an adaptation of the popular and best-selling self-help book named “The Secret”, authored by Rhonda Byrne, which was published in the year 2006. After more than a decade the book received a fictionalised adaptation into a movie. 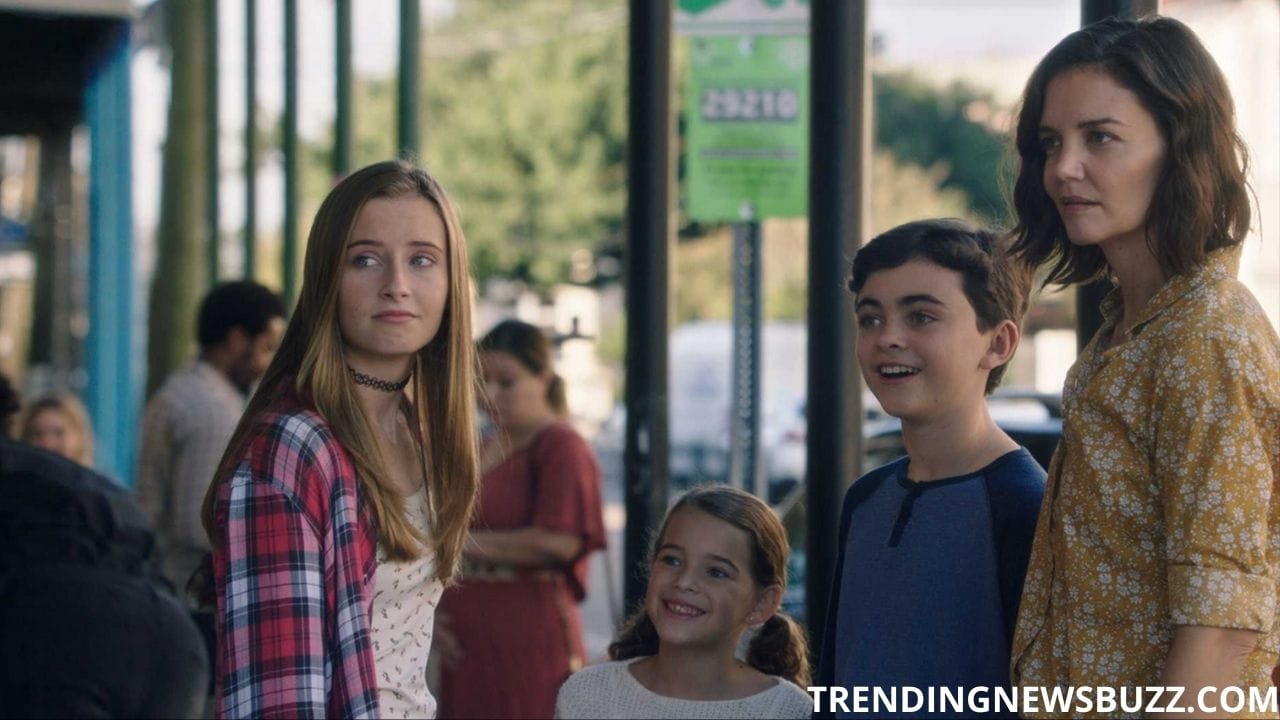 The film was announced much earlier before the actual filming process began. The cast started to join the sets from the year 2017. So you see it is a long planned movie that was only released a year ago. 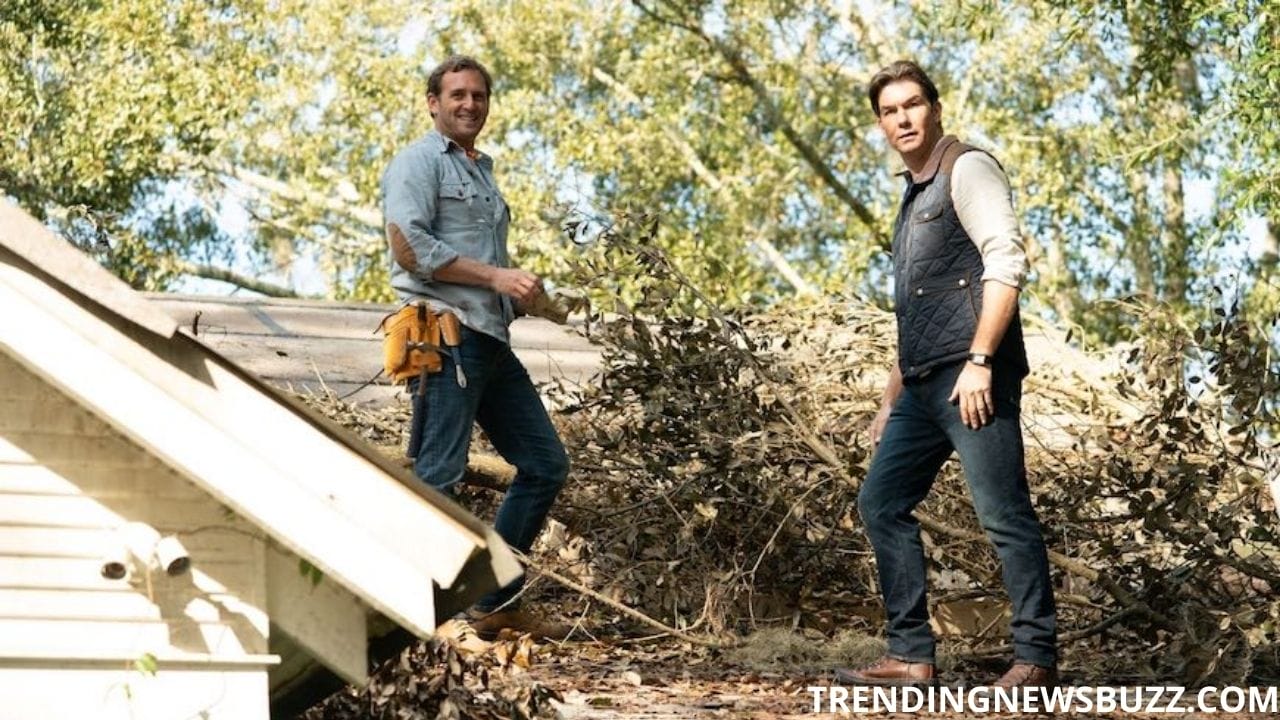 The main focus of this romantic drama is to portray the power of ‘positive thinking’. With Andy Tennant as the director of the film, the screenplay of The Secret: Dare To Dream is shared by Bekah Brunstetter and Rick Parks.

Quick Info About The Movie 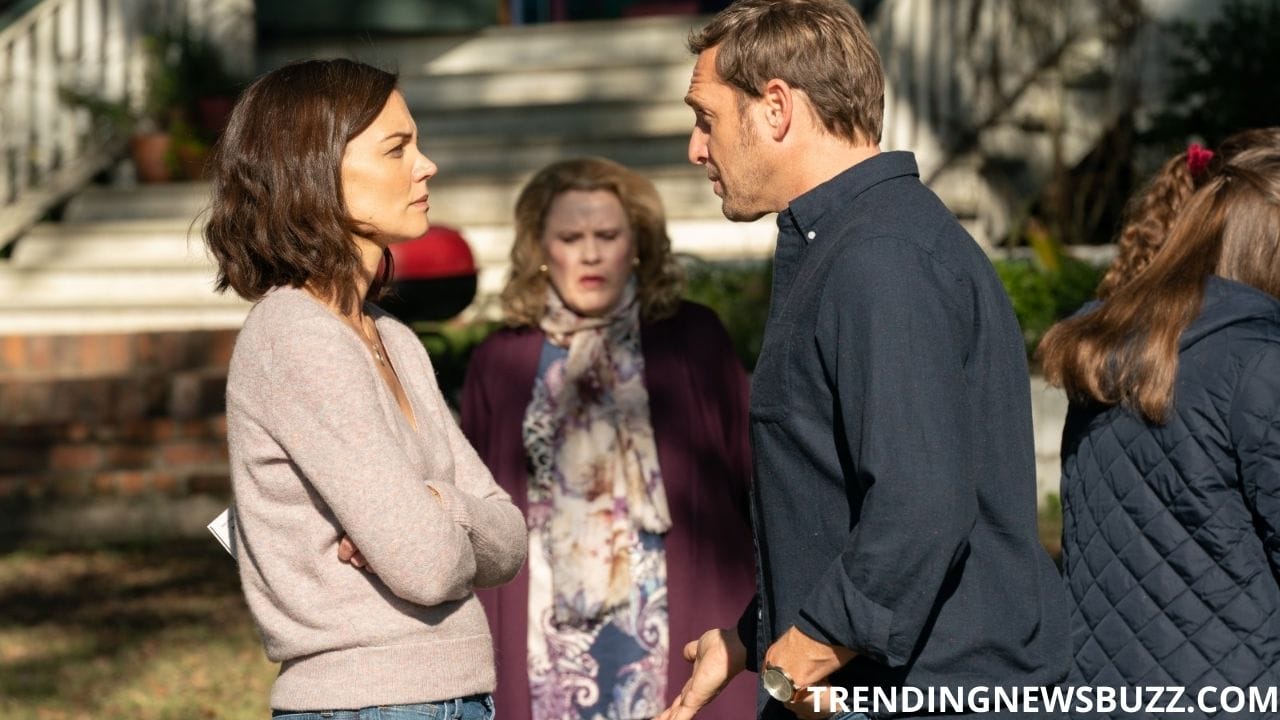 Read More:  The Midnight Gospel Will Keep You Till Midnight Once You Watch The First Few Episodes!

Trailer of The Secret: Dare To Dream

Before we move further with this article, let us take a look at the trailer of The Secret: Dare To Dream. Click on the play button below to watch.

‘A love story, as mysterious as life.’ What do you think of the trailer?

When Was The Secret: Dare To Dream Released?

The movie, The Secret: Dare To Dream made its theatrical debut on the 31st of July, 2020. It was also released on some video-on-demand platforms in the United States on the same date. 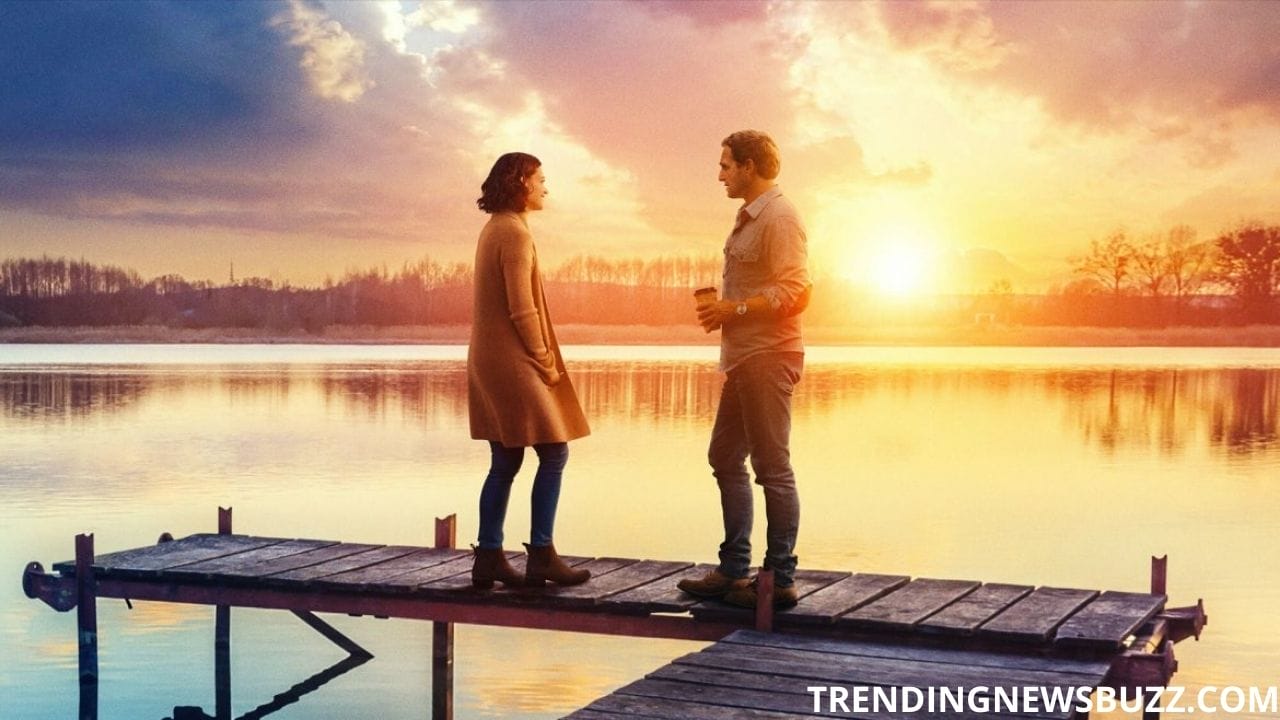 The film was initially scheduled to be released on the 17th of April, 2020, but suffered a backlash due to the COVID-19 pandemic.

Who Were On The Sets Of The Secret: Dare To Dream?

The Secret: Dare To Dream features an amazing cast crew. Here we have the cast and characters list for you. Let us find out below. 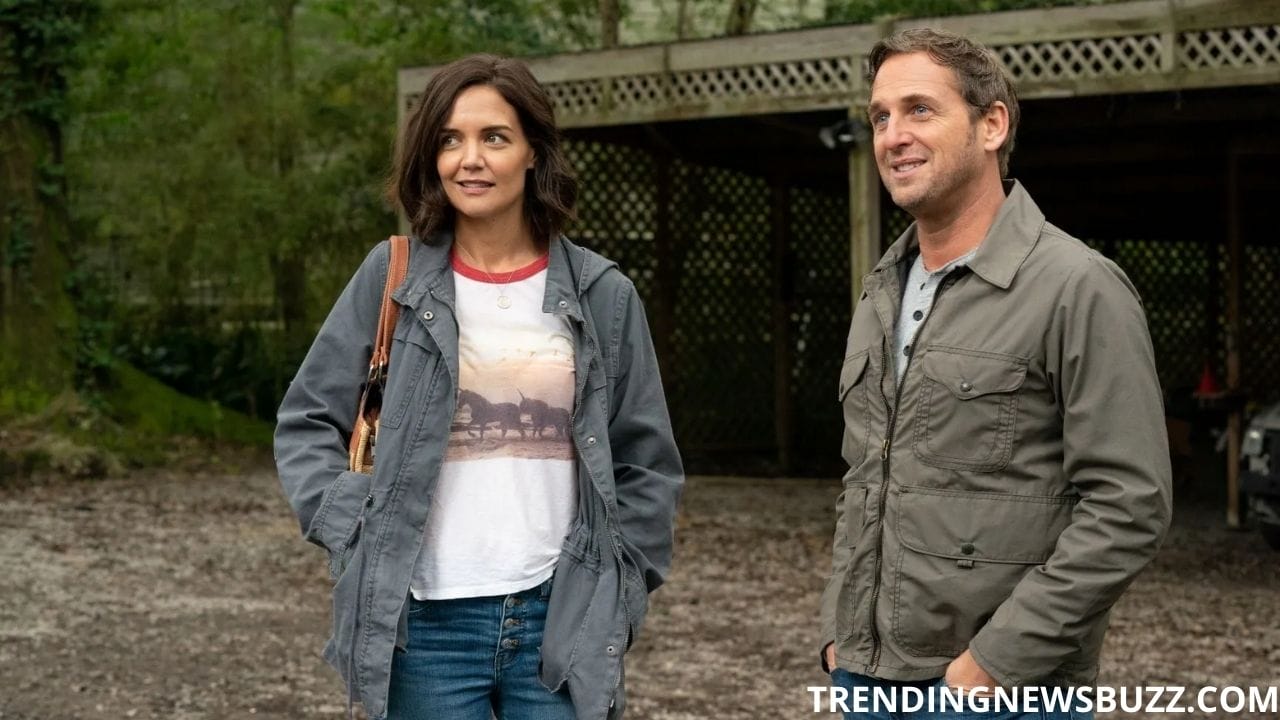 What Is The Plot Line of The Secret: Dare To Dream?

The Secret: Dare To Dream follows the story of a widow, Miranda Wells, who must rebuild her life after a storm shatters her life and outlook. Miranda is a hardworking woman trying to make ends meet while struggling to raise her three children on her own. She also has a boyfriend, Tucker. 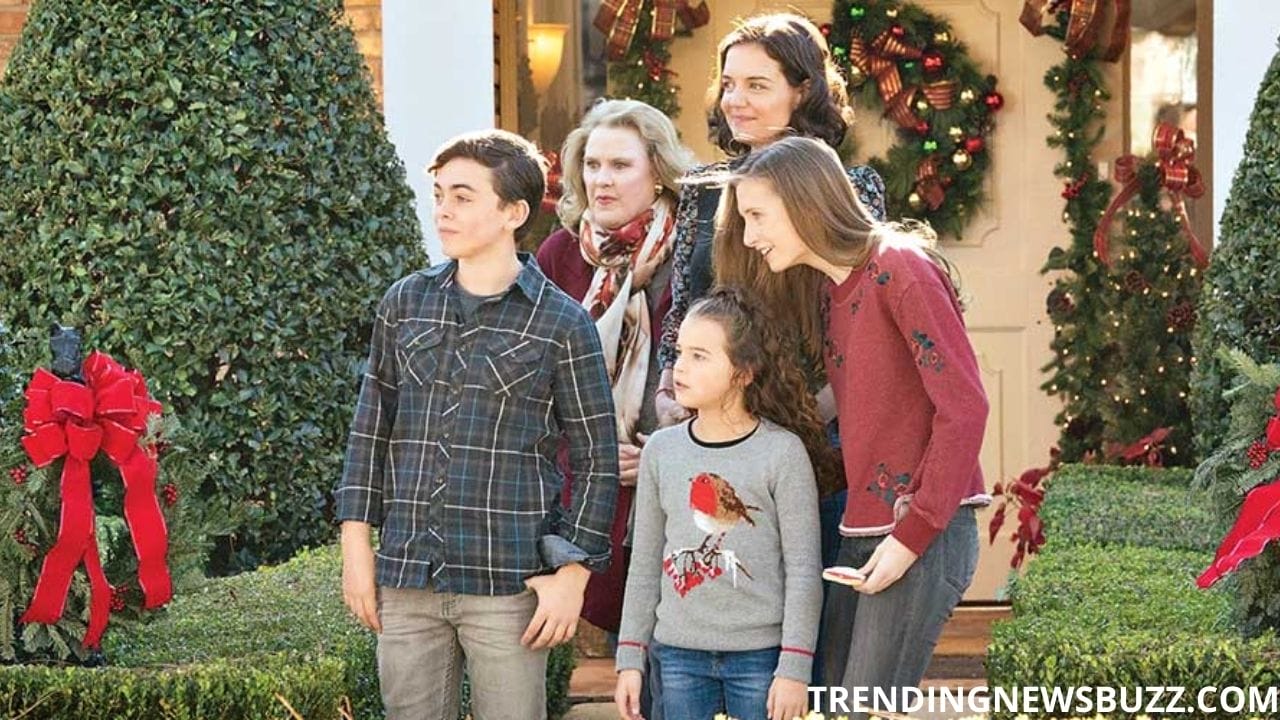 A destructive storm brings a huge challenge, and a mysterious man, Bray Johnson enters into her life. Bray’s presence reignites the spirit of living in the family and everyone in the family like his company. 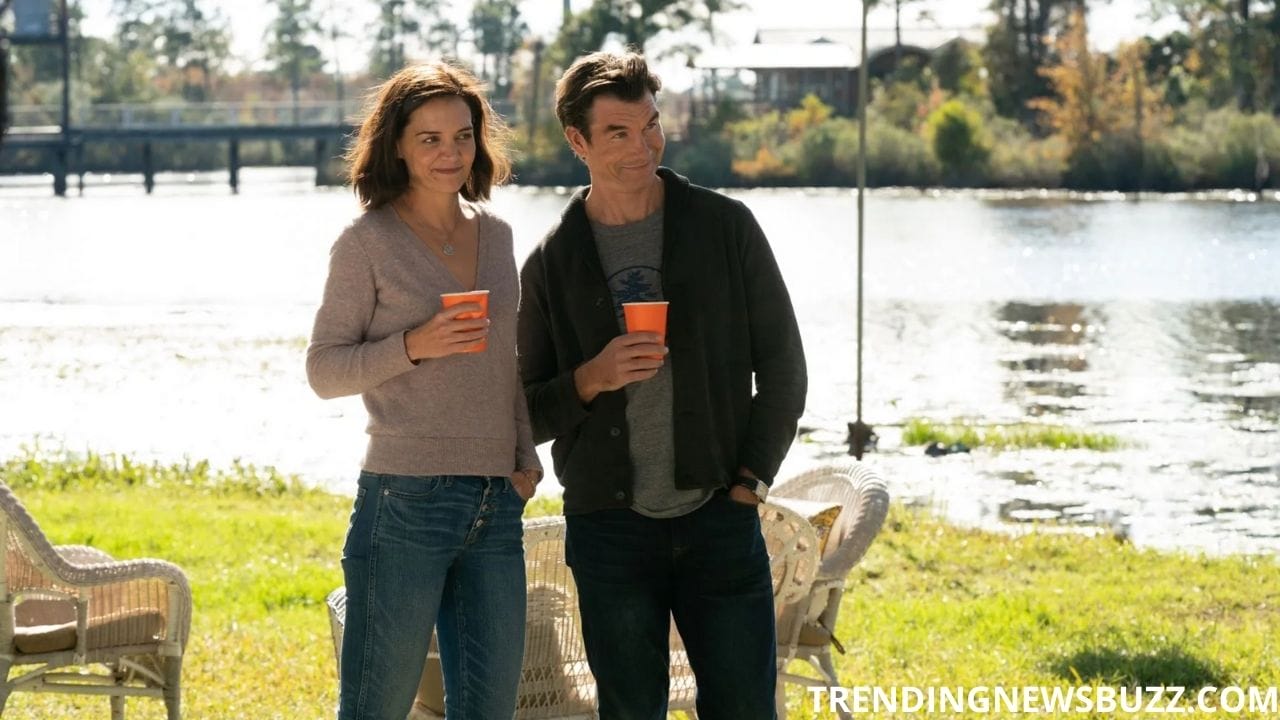 But Bray holds an important secret- the one that could change everything, which is unknown to Miranda. What happens next, is something to look into isn’t it?

What Are The Ratings of The Film? 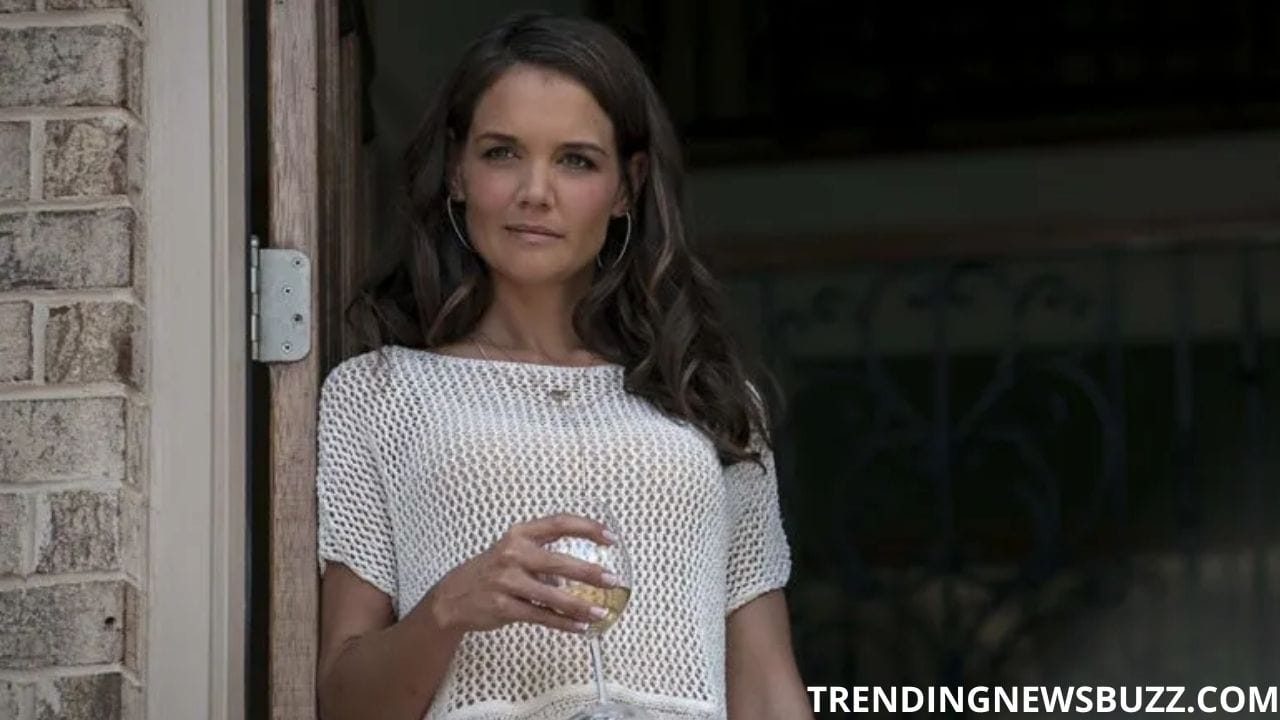 The film The Secret: Dare To Dream received an IMDb rating of 6.5 out of 10. A 4.6 out of a total of 10 on Rotten Tomatoes, with the website’s consensus reading as “the sodden romance will prove a disappointment too painful to visualize.”

What Are The Reviews of The Film? 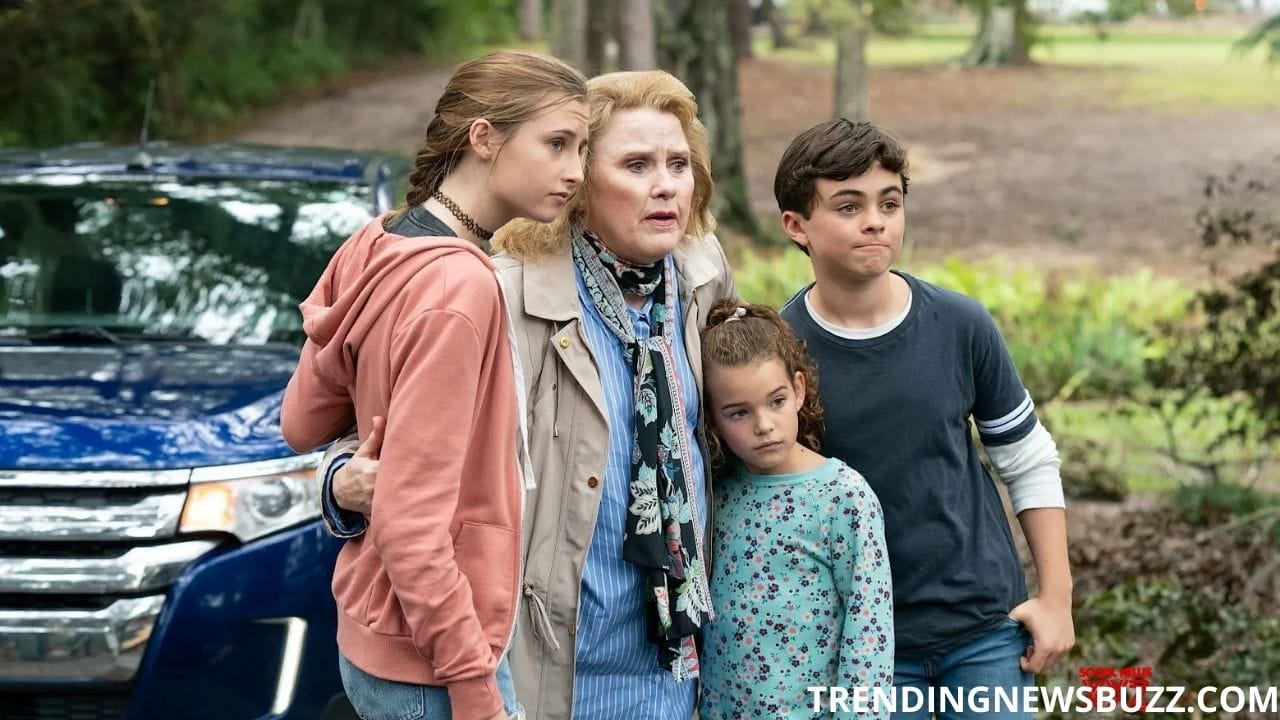 Critical Responses For The Movie

Critica say that the film surely offers an admirably mellow experience, but at the same it is just a bit zoomed out with more insidious dimensions. They also think that one could not derive much inspiration from this film, besides some unintentional laughter. 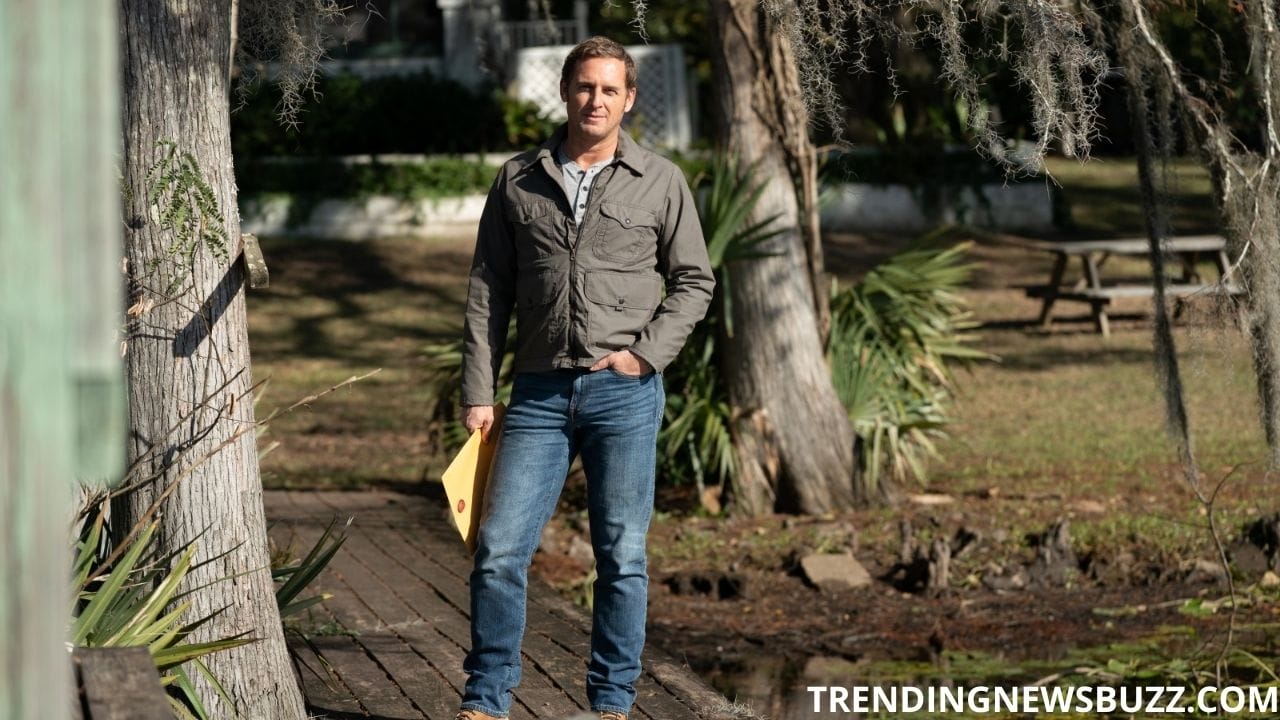 Critics also think that as far as the job of a movie to deliver a message is concerned, this particular film gets it done effectively, but the whole thing still seems flat and at times uninspired. So, you see critics have a ‘generally unfavourable reviews’ for the movie.

Audience Responses For The Movie

The audience loves the presence of innocence in the movie, and the ones who are a bit emotional, think the story is a hard one to watch. They also believe that the movie is full of hope and also inspiring with its light-hearted conveying of message. 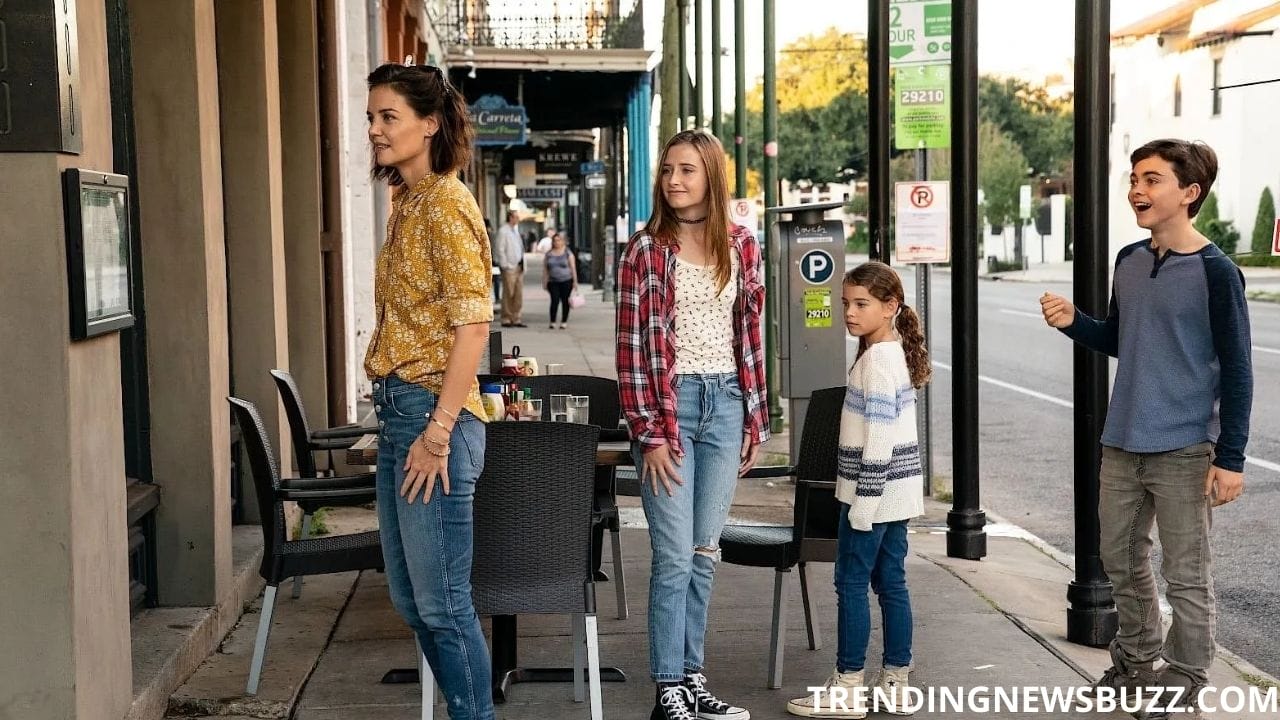 The audience could not stop praising Katie Holmes for her performance which enhances the story line. Moreover, the audience seemed to have loved the film. The audience reviews are totally opposite from the critics, but what is better than reading what the audience feels for a movie, isn’t it?

With its timeless messages of hope, compassion and positive thinking, The Secret: Dare To Dream has proved itself to be a heartwarming film among the viewers. The film actually contains some healthy teachings that could probably transform our lives into better ones.

That was all that we had to offer for The Secret: Dare To Dream. We hope it was helpful. Tell us about your views and thoughts in the comment section below. We would love to hear from you!