This Tuesday, the trailer of Kaiu Shirai and Posuka Demizu’s The Promised Neverland manga was released on their official website.

Even that wasn’t enough; the makers unveiled a new poster of the upcoming feature film. Take a look at it: 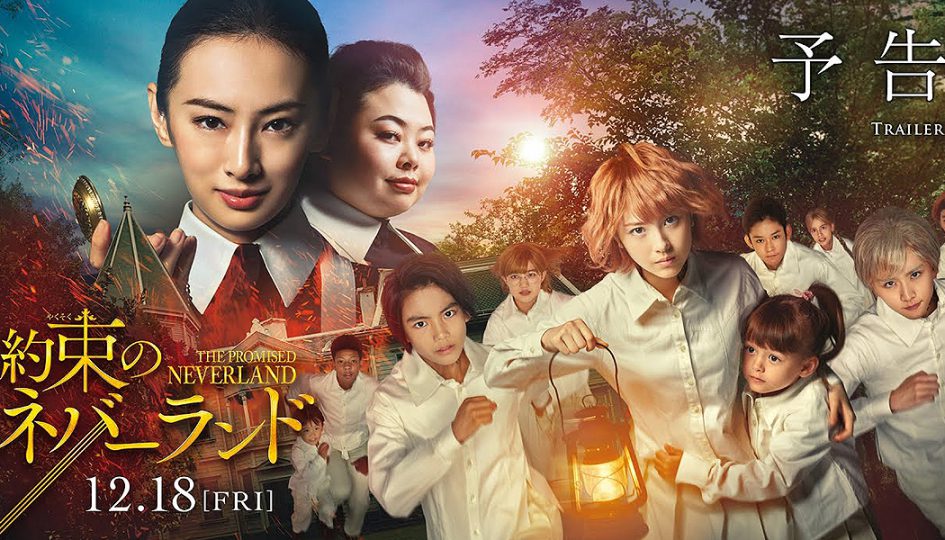 With this newly released poster, the makers have confirmed the Promised Neverland release to be December 18 of this year.

As for the cast, 19-year-old actress, Minami Hamabe is honing the character of Emma. Further, 17-year-old Rihito Itagaki & 13-year-old Jyo Kairi have taken the role of Norman & Ray, respectively.

The director of 2016’s live-action feature film Erased, Yūichirō Hirakawa, is directing the upcoming film. Noriko Gotou is composing the film’s script. Before the Promised Neverland, both of them have worked together in the live-action film Erased.

Actress Keiko Kitagawa from Paradise Kiss is playing the role of Isabella & comedian Naomi Watanabe will play the character of Krone.

That’s the official trailer. Watch it from below:

How was the trailer? Did you like it? Let me know your thoughts on this via the comments section give at the end of this post.

At this orphanage, they’re living a comfortable life with their caretaker, whom they refer to as “Mom.”

With no experience in the outside world, they eat good food and wear clean clothes. They’ve got a perfect environment to learn.

Everything was going alright, and then one day, Norman & Emma uncovers some dark truth of the outside world.

The world they’re not allowed to see. Which dark truth did they discover? Do you have any theory? If you do, let me know about it in the comments section given below.

In January 2019, the promised Neverland was adapted as an anime series & premiered its first episode on Hulu, Funimation, Crunchyroll, & HIDIVE.

After airing the successful season 1, the promised Neverland season 2 was scheduled to premiere in October 2020. However, because of the ongoing COVID-19 pandemic, it’s telecast is now delayed to January 2021.

Apart from this, recently, a report stated that Amazon is planning to develop a separate English-language live-action series adaptation of the manga series.

The Promised Neverland was written & illustrated by Shirai and Demizu, respectively. They launched their first manga in Shueisha’s Weekly Shonen Jump magazine in August 2016.

Almost 4 years later, on June 15, they pulled concluded the manga series with 20 Volumes. If you want to read its manga series before watching the upcoming film, then you can watch it on Viz.com or Manga plus as they’ve got the digital & printing rights to distribute the English edition of the manga series in North America.