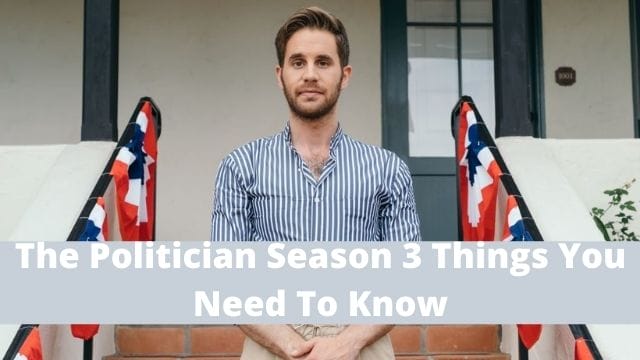 Payton Hobart (Ben Platt) won a hard-fought campaign for a New York State Senate seat in the second season of Ryan Murphy’s Netflix original The Politician, bringing him one step closer to his dream of one day being president. Not only that but a time jump and twist near the conclusion of the finale set up the third season for the show, which might put him on the verge of becoming the country’s most powerful person.

Netflix hasn’t officially renewed the show, but given Murphy’s involvement and the fact that it’s been set up for a third (and most likely last) season, it seems all but certain (the real question is whether we’ll get Hollywood season 2).
In Season 3, where will Payton’s presidential ambitions lead him, and how will it affect his marriage to Alice (Julia Schlaepfer) and his mother, Georgina (Gwyneth Paltrow)? Will Dede Standish (Judith Light), his political foe turned ally, become his foe once more? What is the release date for the third season? 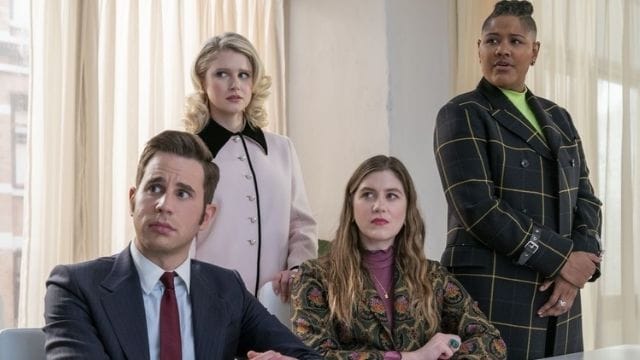 Even without an official confirmation from Netflix, there are plenty of details about The Politician season 3’s release date, actors, and the plot that we can deduce.

Season 3 of The Politician will be a long wait.

As of the time of this writing, neither Murphy nor Netflix have provided a specific date or time frame for when season 3 of The Politician is slated to premiere. There is one critical piece of information supplied by Murphy, which will be distressing for viewers who are eager to find out how Payton’s story will come to a close.

In an interview with Collider, Murphy was asked about his plans for the series conclusion, and he responded positively. Not only did he clarify that he intends to terminate the show after season 3, but he also stated that he has no plans to continue the show after season 3 “It’s possible that when season two concludes, we’ll take a couple of years off and have Ben Platt be a little bit older for his final race.

I’m going to hold off. Ben is still quite young, so I’d like to give him a couple more years to find out how we can gradually bring him up to speed. However, that has always been my intention.”

Although The Politician will almost certainly return for a final season at some point in the future, we will have to wait for what seems like an eternity until we can see it on the small screen for the first time. Another concern arises as a result of the significant time jump: which members of the cast are most likely to return when the series resumes its run?

Who Will Return to the Politician in Season 3?

Because of the enormous time gap between the second and third seasons of The Politician, there will be some ambiguity regarding who will return to the show in the third season. Ben Platt’s return to the show to reprise his role as Payton Hobart, on the other hand, appears to be all but guaranteed at this point. After all, he is known as “The Politician” on the street.

As for the rest of the cast, the majority of the prominent characters from season 2 appear prepared to play significant roles in the show’s third season, however, the long hiatus may prevent some performers from returning. However, it is still too early to know at this point. 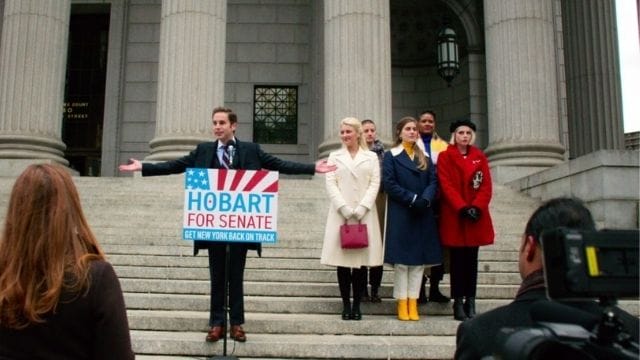 Having said that, it appears quite likely that Julia Schlaepfer will reprise her role as Alice Charles, Payton’s wife, in the upcoming season. We wouldn’t be shocked to see familiar faces like Laura Dreyfuss, Zoe Deutch, Rahne Jones, and Theo Germaine, among others, return as part of Payton’s inner circle in the upcoming season.

In light of where the series left us at the conclusion of season 2, Judith Light appears to be a lock to reprise her role as Vice President-Elect Dede Standish, as does Bette Midler’s role as her Chief of Staff Hadassah Gold, according to sources. And Gwyneth Paltrow will almost certainly continue to make cameo appearances as Payton’s mother and as the current President-Elect Georgina Hobart. That is, assuming she is even aware that she is a character in the series.

What the Season 2 Finale Tells Us About Politicians’ Future

Two years pass in the last seconds of The Politician’s second-season finale when the action moves ahead two years. We hear that Georgina and Dede’s presidential campaign was a success and that Payton is preparing to run for re-election to his seat in the New York State Senate, where he will face no opposition.

When he receives a surprise visit from Dede, who has an interesting proposition for him, everything is turned up to 11. It is confirmed by Dede that Georgina only intends to serve as president for one term, leaving the door open for Dede to run for president herself four years later. And she wants Payton to be her vice president when she becomes president.

Murphy stated in an interview with Collider that the series’ last season will be centered on the upcoming presidential election, adding, “This is going to be the emphasis of the season.

” “That would, without a doubt, be a presidential election, wouldn’t it? In the past, that’s what we had planned, and I believe that’s still the case today.” After two seasons of seeing Payton fight for minor political positions, we’ll be witnessing him come dangerously close to accomplishing his life’s ambition this season.

In light of the results of his last two presidential campaigns, we anticipate a presidential election filled with betrayals and surprising shocks.

Despite the fact that there will be a bit of a wait to get there, it appears that The Politician intends to give its fans a fantastic final season.