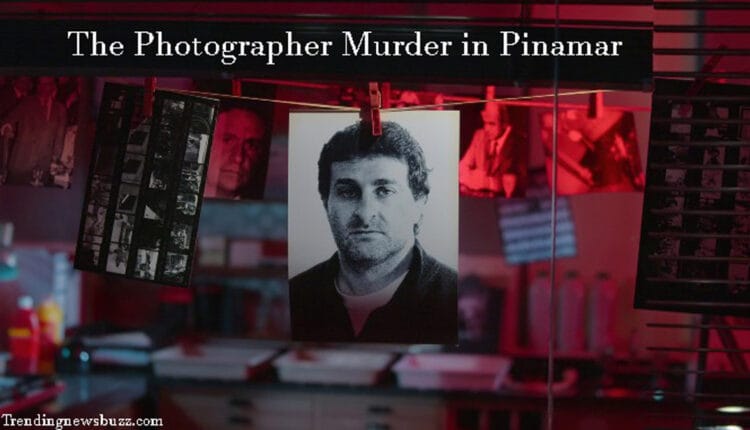 Netflix has always been super committed to their serial documentary series. Anyone who is into such shows knows that Netflix has been obsessing over releasing multiple serial killer dramas that have taken place all around the world. The Photographer Murder in Pinamar is one such show that has gained quite popular when it was announced to be documented by Netflix.

The Photographer Murder in Pinamar is the recently released true crime scene documented show that has been exclusively covered by Netflix. It quickly gained massive popularity after being landed on Netflix due to its suspicious and twisted storyline. The criminal series takes you along the 1997 serious case where José Luis Cabezas, an Argentinian photojournalist was found dead in the famous coastal resort of Pinamar. He was dead in the car and brutally beaten and handicapped. who was found dead inside a rental car outside of the Argentine coastal resort, Pinamar, having been handcuffed and brutally beaten?

Through the documentary, Netflix tried to show what exactly happened in the 1197 incident and why the photojournalist was killed brutally. It opens all the controversies that were the reasons behind the death of the person. It further extends the story and leads to the political loopholes in the country.

You may also like: Netflix’s The Royal Treatment: A Must To Watch Rom-Com Movie!

The case might not have gained so much popularity during the time but after being released on Netflix, it was quickly followed by millions of views. In this article, we’ll be going to study everything about the show and the case. Continue reading this article and find out some exciting things.

The Photographer Murder in Pinamar: What Happened to Cabezas?

On January 25, 1997,  Jose Luis Cabezas’ body was found in the rental car near the coastal resort of Pinamar. He has been brutally beaten, shot twice, and handcuffed inside the Ford Fiesta. This created a whole new case in Argentina and there were a lot of talks going around at that time. It was one of the scariest and most suspicious things happening in the country and everyone has been glaring to find the truth.

Jose Luis Cabezas was an Argentinian Photojournalist who worked in a Spanish weekly magazine that was responsible for case studies of various events and used to investigate all the corruption and secret work in the country. Noticias, The weekly Spanish magazine was widely praised and loved by the people.

You may also like: Chris Distefano: Speshy Weshy’s Power Performance On Netflix

Cabezas, who was one of the hardworking photojournalists of the company, captured a picture of Alfredo Yabrán and her wife on the beach. Alfredo Yabrán was a known businessman and had some secret connections with the local government of Pinamar.

The person is known to be super private when it comes to his personal life. It was believed that he didn’t like the idea of being photographed. Earlier, it was also recorded that people who have tried to take his picture have been threatening him,

However, Cabezas was unknown about these things and when the company published his photo in the magazine, things started to change. After finding out the real person behind this incident, Yabrán decided to kill Cabezas. In January 1997, Cabezas was found in the rented car.

How did people react after the death of Cabezas? After the brutal death of Cabezas, the people of Argentina were shocked and heavily criticized the government for not allowing freedom of speech and freedom of the press. It was one of the major setbacks that hit the people.

The citizens felt that the case was truly devastating and attacked the human violation of the country. The case initiated all the NGOs and Human rights activists to work together and start protests in the country.

Moreover, the people started to see how the police and government is behaving in such cases. It was also noted that the police were failing to catch the real criminal. This makes them realize that the case was more than just a murder.

Anyone who is into True crime shows than The Photographer: Murder in Pinamar is something that will excite them. Just like the other documentary series on Netflix, this show also adds major highlights among the people. The character of Cabeza was amazingly portrayed by  Gabriel Michi who has not only brought light to the character but brilliantly performed well in the series.

The audience already appreciated the show for its real-life incidents and the political connection makes it more worthy to watch. At the same time, the show has everything that will make you fall in love. It is already released on Netflix and one can watch the show on the streaming platform.

The official trailer for the crime documentary series has been already released on the Internet. If you have missed the trailer by any chance then here it is.

Like this article? Read more about the official updates regarding the upcoming movies, shows, and web series and get all the latest information. Share this with your friends and let them know about the show.

Everything You Need to Know About The Privilege Sequel