So, have you ever faced your demons?

That dark side of you which you try to keep under the sheets, not acknowledging it or not trying to accept it. Have you ever had a word with it?

“What does it want? How about accepting and acknowledging and saying to yourself “I am okay with it!”

Sorry,  it got pretty serious up there but like if you want a piece of advice, then be okay with who you’re. Because we all have that dark side in us which actually completes us.

Let’s get you more into the dark side. Just joking! Let’s have a look at this upcoming movie.

Talking about “facing our inner demons” the much-awaited 20th century and Marvel production The New Mutants has finally got its TV spot after a delay of almost two years.

It’s an upcoming American horror movie in the superhero genre based on Marvel comics by the same name and distributed by 20th-century studios.

Isolated, abducted, caged, these five new mutants are kept in an undisclosed location, more like a hospital.

They are being constantly monitored and are made to face their inner demons through some horrific accidents.

They have powers through which they need to deal with those demons. Further, it’s important for them to control this power instead before the powers control them.

They got a more fearful, bloodsucking demon with them in the hospital which is their prison. That monster turns out to be even more powerful and stronger than they had ever thought.

“How would they come out from that dungeon?”

“Will friendship come in there & help them find their way?” Well, it’s just a matter of time that we need to find out.

“The New Mutants” has a young talented cast that includes our very own Arya Stark aka Maisie Williams accompanied by Charlie Heaton, Anya Taylor Joy, Henry Saga, Alice Braga, and Blu Hunt. This movie is going to be the thirteenth and final installment of the X-men franchise.

The film had an early date release in April 2020 but was postponed with reshoots being done and finally, we’re going to see it in coming months from now.

Though new trailers and teasers have been released, nothing much has been changed or to be learned since its first look hit the internet two years back.

Disney’s purchase of Fox has transferred the film rights to Marvel Studios.

So, this closes any possibility of its sequels in the future. That’s all for now.

I’ll let you know if there’s any update on a sequel film of The New Mutants. Meanwhile, check out this week’s 5 trending Marvel movies. 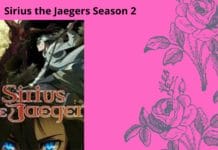 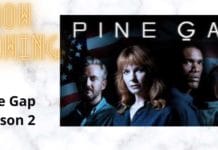