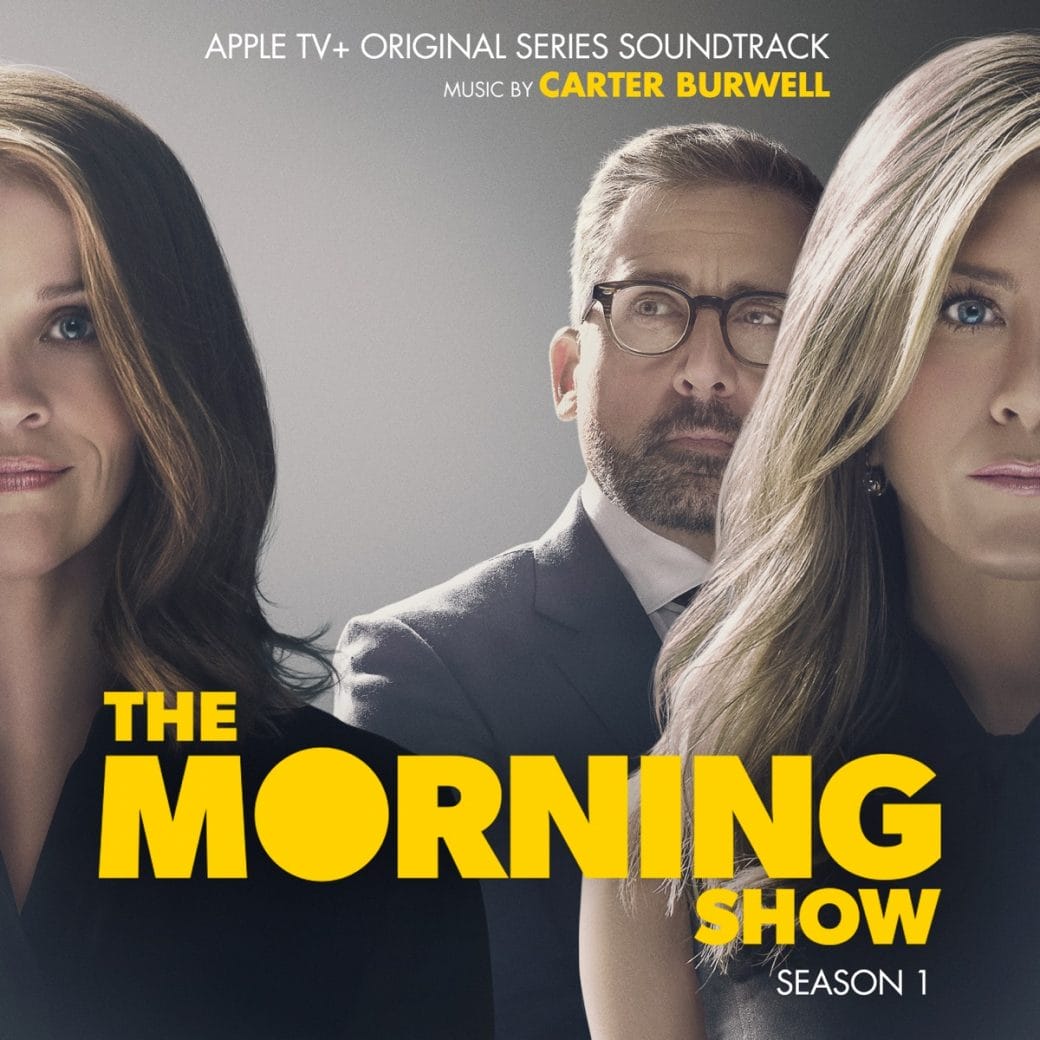 The Morning Show Season 2: The Season 2 Production Is Now On Halt- More Details On The Apple+ Series

The highly popular show The Morning Show is coming back for another season. However, it is facing the same threat that other projects in the entertainment industry are facing, the fast-spreading coronavirus. Here is what we know about the delay in the production of The Morning Show.

The Morning Show Season 2: What Will Happen?

The first season of The Morning Show was very successful. It also got the leads of the show, Jennifer Aniston and Reese Witherspoon various nominations including the golden globes. The success of the first season has paved the way for a highly anticipated second season.

In an interview, Kerry Ehrin, the showrunner for The Morning Show says that season 2 will be about “picking up the pieces”. Therefore, the chaotic way in which season 1 ends will set up the storyline for season 2. With our main characters Bradley, Alex, Chip and Mitch building their narratives back up.

However, many fans suspect that the second season will focus on more political themes because it will release around the same time as the elections. Kerry Ehrin does not promise a deeply political plot for the new season. She does not want to correspond to the ‘current adjacent’ as she calls it. She wants to take worldwide themes to create the plot. 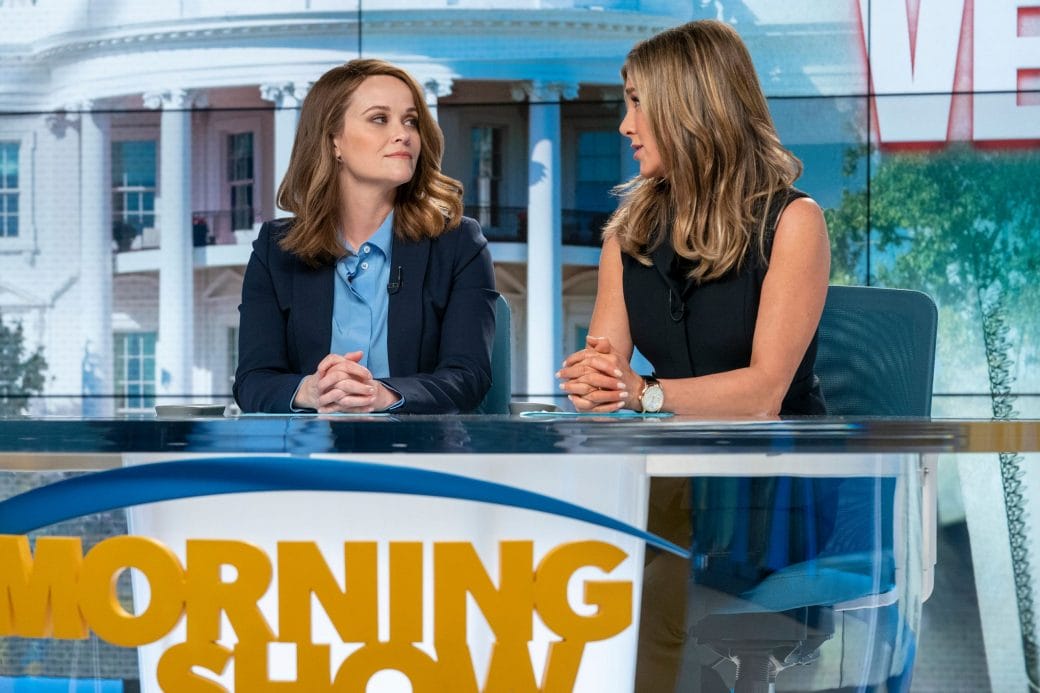 Well, it is not only big Hollywood movies that are facing the threat of the coronavirus on their box office earnings. Now that No Time To Die, Uncharted, Extraction and even Black Widow are facing delays and tour cancellations, the production of The morning Show is also on pause.

The Pandemic Coronavirus has claimed up to 4,500 lives globally, and the death toll is still rising. With numerous health advisories and protocols in place and countries being on high-alert, being safe is the only priority for everyone right now.

Also, since Tom Hanks and Rita Wilson have also tested positive for the virus, it is evident that Hollywood is not safe from the pandemic. Therefore, Apple has put a pause on the production of The Morning Show Season 2. 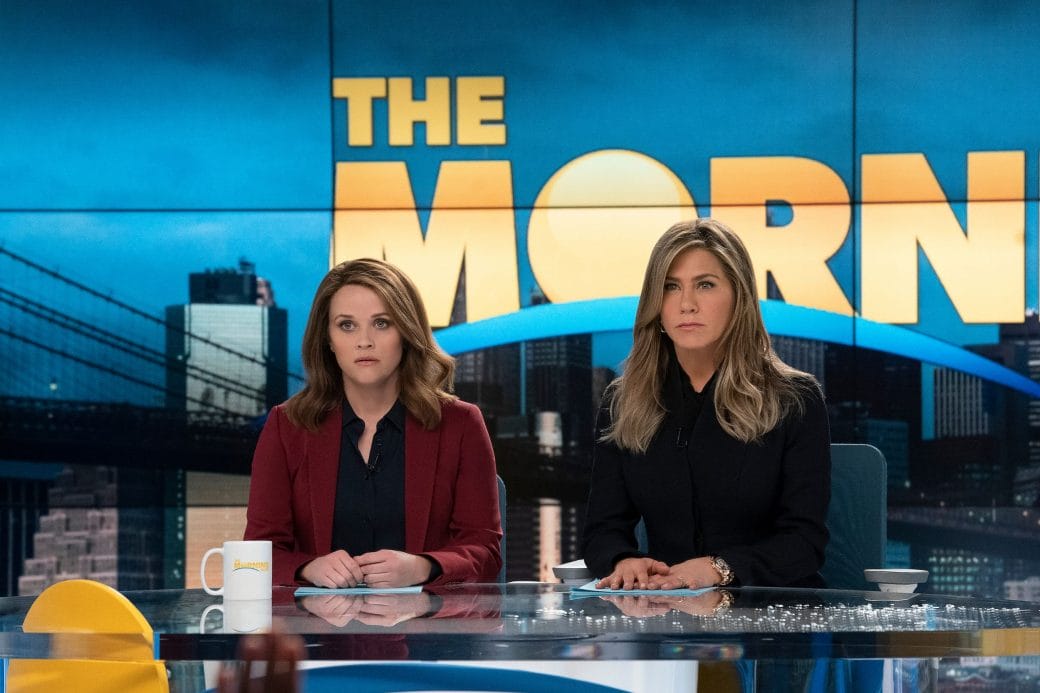 Initially, the second season was coming to AppleTV+ in November 2020. However, due to the delay and pause in production, we can expect the release date to push forward to December 2020 or January 2021. However, Apple has not made an official announcement about the matter.

Apple itself is taking various hits due to the coronavirus. With the manufacturing of Apple products at an all-time low, the delay in the most popular of AppleTV+ show will also reflect on the platform and brand. However, we can only hope that we get to see the show soon.

Actor Mark Duplass has revealed that the script of The Morning Show is being rewritten. And is is being done to include the coronavirus angle in the show.

As he went on saying that they had shot two episodes before the shootings stopped in lieu of the pandemic. Therefore during the long break new additions to the script is being made.

So as to make it relatable to the present situation.

We need to wait for the Season 2 to hit our screens to see that how the pandemic angle has been included in the show. And it looks relatable or not!