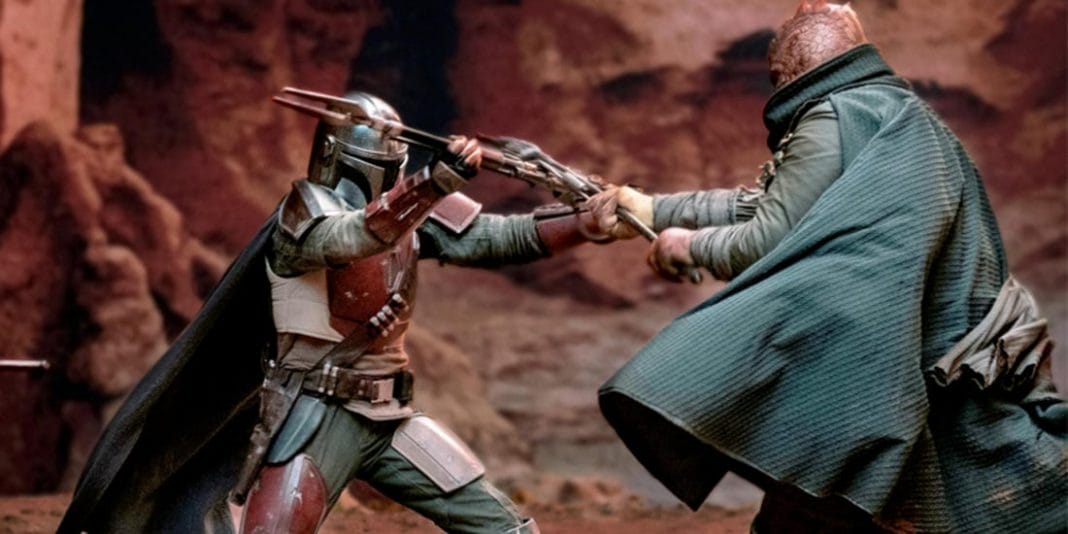 The Mandalorian Season 2,  A star wars Disney saga, is something all of you would be knowing regardless of whether you watch the show or not, because hey, BABY YODA!!

We’ve seen baby Yoda in memes, clips, videos, photos, gasped at its cuteness and so many other interesting comparisons between the GROOT of the marvel and BABY YODA as well.

As far as sources concern, the Mandalorian season 2 releases on October 2020. It is said that Season 2 was already in the works when season 1 started releasing on Disney Plus – confirmation of a second season came from creator Jon Favreau after just one episode was released.

The prime thing this season is going to be focussing on is the homeland and finding of “the child”.

But again, things are always neutral when it comes down to star wars and their saga so we will leave you to your own points and opinions concerning Mando finding these information of finding it with or without Armorers help from season 1.

After watching the first season you might be wondering how did “the important weapon” end up in Moff Gideon’s hands, and so many theories and views have been put out there about this, which is again spurring all the curiosity among us.

In the midst of all these, Jon Favreau posted on his Instagram a video, which implies he would be directing one episode in this season, and George Lucas has been seen in this video too!

Speculations suggest that the original characters of the saga, are to reappear as well, ugh why does the wait have to be so long? among all these, the connection between earth Vader and baby Yoda who was from the same time frame is what is going to draw fans the most.

The actor, Giancarlo Esposito also spoke about the major actions with the lightsaber that are going to be seen, the actor did not specify which or how many scenes he has with baby Yoda in the season but gave us all the hint that there is a screen space shared in it.

When Are We Getting The First Trailer Of The Mandalorian Season 2?

The first trailer of The Mandalorian Season 2 is expected to be released by August ending. And it is said that the trailer will be premiered during a DC Fan even. Although it is not official as of yet.

But we can surely expect a bizarre trailer release!

Excited much? we are! Stay tuned to know more!