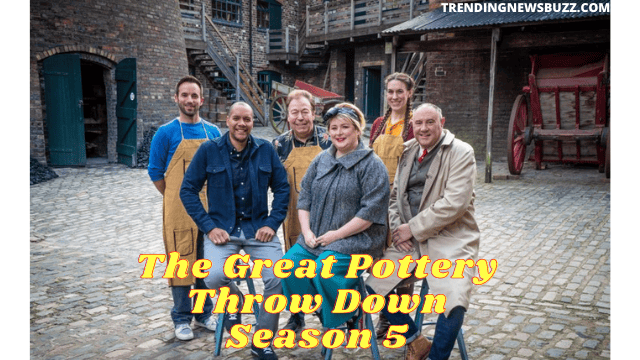 The Great Pottery Throw Down Season 5 Is Back in a More Exciting Manner.

The Great Pottery Throw Down is back with its Season 5 for the year 2022 and we have got you covered with all the what, who and when of the season, so that you can keep a proper track of the show and don’t miss even a single episode.

The official release date of The Great Pottery Throw Down Season 5 has been announced and each one of us are really excited about this. How can you spend your winter days better than gazing your eyes at lovely Keith Brymer Jones and some extraordinary pottery? 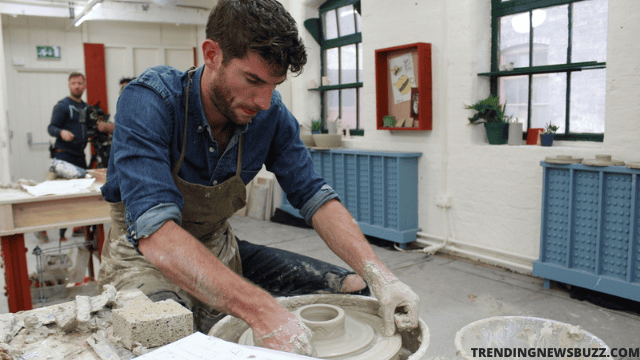 Continue reading this article to get all the crucial information on Season 5, we will also introduce you with the fiery judges and this year’s enthusiastic contestants.

When Will the Great Pottery Throw Down Season 5 Be Premiered?

The Great Pottery Throw Down Season 5 will premiere on 2nd January 2022, Sunday at 7.45 pm. From then on, the show will be aired every Sunday for the next 10 weeks and 14th of March 2022 will be telecasted as the finale of the show. Each one of us is highly eager to watch the show and can’t wait even a second.

Which Channel Will Telecast the Great Pottery Throw Down Season 5?

This particular show has been a huge success till date. Love Productions has also informed us that this show has signed a three-year extension which means The Great Pottery Throwdown will be on your screens for the three upcoming years 2022, 2023 and 2024.

Where to Watch the Great Pottery Throw Down Season 5 Online?

The Great Pottery Throw Down Series 5 can be watched online on the on-demand streaming service of Channel 4. Just a TV license will be enough for you to watch the live show online. Along with the live show you will also be able to watch each episode whenever y

ou want, since each of the episodes will also be uploaded after they are aired.

Read More: Full Bloom Season 3: Everything We Know So Far!

The on-demand streaming service of Channel 4 also contains episodes of the past season, hence you need not worry even if you have missed the last seas

Where Was the Great Pottery Throwdown Show Filmed?

The Great Pottery Throw Down was filmed in Stoke-on-Trent, a city in Central England, highly renowned for its pottery industry.

What to Expect From the Great Pottery Throwdown Season 5 Show?

The Great Pottery Throw Down has come up wi

th a whole new series, and it’s better than ever. 12 participants from all around the country will compete for the title of Britain’s finest potter. There will be even more difficult challenges to put the potter’s ingenuity, ability, and technique to the test.

What a thrilling prospect! The Great Pottery Throwdown 2022 will have the same cast as last year, as well as the same judges, technician, and emcee. Siobhan McSweeney, an Irish actress, will reprise her role as the witty presenter. Siobhán, a novice gardener, is best known for her role as Sister Michael in the TV drama Derry Girls. We think she’ll be a fantastic addition to the programme, and we’re looking forward to witnessing w

hat she thinks of the potters.

The Judges of the Season Great Pottery Throwdown 2022

Rich Miller and Keith Brymer Jones, two TV favorites, will make a comeback in The Great Pottery Throwdown 2022. ‘Kiln man Rich’ comes back to evaluate the potter’s work, and his vast expertise makes him ideal for the task. Before becoming a jury last year, Richard worked as the show’s backstage technician, so he has a keen eye for the technical correctness and processes employed in ceramics.

Meet the 2022 Participants for the Great Pottery Throw Down. 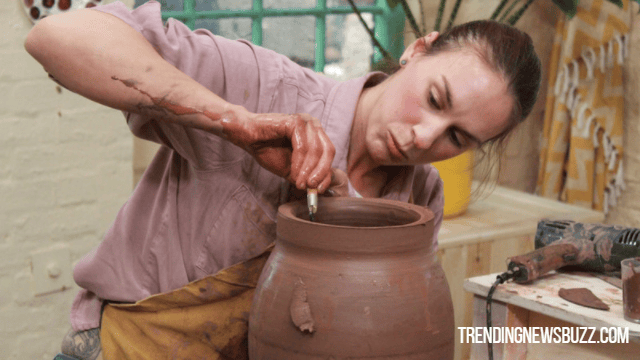 The candidates list for the Great Pottery Throwdown 2022 is yet to be announced, hence we’ve included some of the 2021 contestants below to give you an idea.

Hannah: Hannah was a fantastic competitor on the show, and we adored her. Hannah’s strong suit was ornamentation, and she advanced all the way to the semi-finals. On the programme, she had created anything from unique sinks to gorgeously adorned pots.

Susan: Sus is a pottery legend who made us laugh throughout the performance by creating pottery with narrative, passion, and art. She had her share of mishaps and incomplete projects, but her Treasure Island-inspired characters and enchanted Scottish castle brought her great joy.

Alon: Alon was recognised for his adventurous and abstract sculptures and made it all the way to the quarter-finals of The Great Pottery Throw Down. He was always pushing the envelope, and we admire his inventiveness. He’s also the youngest competitor in the competition’s history!

Sally: Sal also dropped out in the quarter-finals, but her stunning pottery, which was inspired by her hometown of Cornwall, will always be remembered! Sal is a seasoned potter who has won potter of the week and made Keith weep on several occasions. We enjoyed how her dog was incorporated in her work, and we’re excited to see what she comes up with next.

Ara: The Great Pottery Throwdown’s first potter to leave was Ara. His pottery is influenced by his training in theater, and his first cheese set was a basic white dome with a floral handle.

According to pre-determined justifications, it can be concluded that this season too of Great Pottery Throw Down is going to be a hit just like all other previous seasons. Hence you must not miss the extraordinary chance of watching it by the timeline. Keep following our website trendingnewsbuzz.com for more details on the upcoming show, we will update you from time to time.

Why is Smart Circle the Leading Broker of Outsourced Sales in the World?