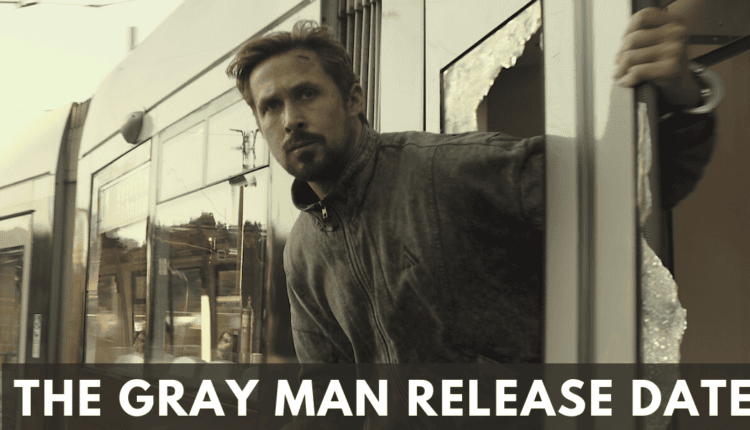 Welcome to…And More, our no-frills, no-BS guide to when and where you can watch future movies and television shows, as well as everything else you might possibly want to know about entertainment.)

Chris Evans has reconnected with “Avengers” brothers Joe and Anthony Russo for the film “The Gray Man,” which will serve as the launchpad for a whole universe of spy thriller films on Netflix. Evans’ “Knives Out” co-star Ana de Armas, Ryan Gosling, and “Bridgerton” breakout star Regé-Jean Page are among the stars of the film, which also has a stellar cast. According to reports, the picture has a budget of $200 million, making it the most costly Netflix production to date and probably the most anticipated film of the year.

The Russo brothers have kept their project under wraps since it was revealed in 2020, but now that we’ve gotten a glimpse at the characters and a release date to look forward to, we know a whole lot more. There’s a lot to discover about “The Gray Man” with comparisons to “Captain America: The Winter Soldier” and speculations of a James Bond-level scale for the espionage thriller, so keep reading. Here’s all we know thus far about the film.

The Gray Man About 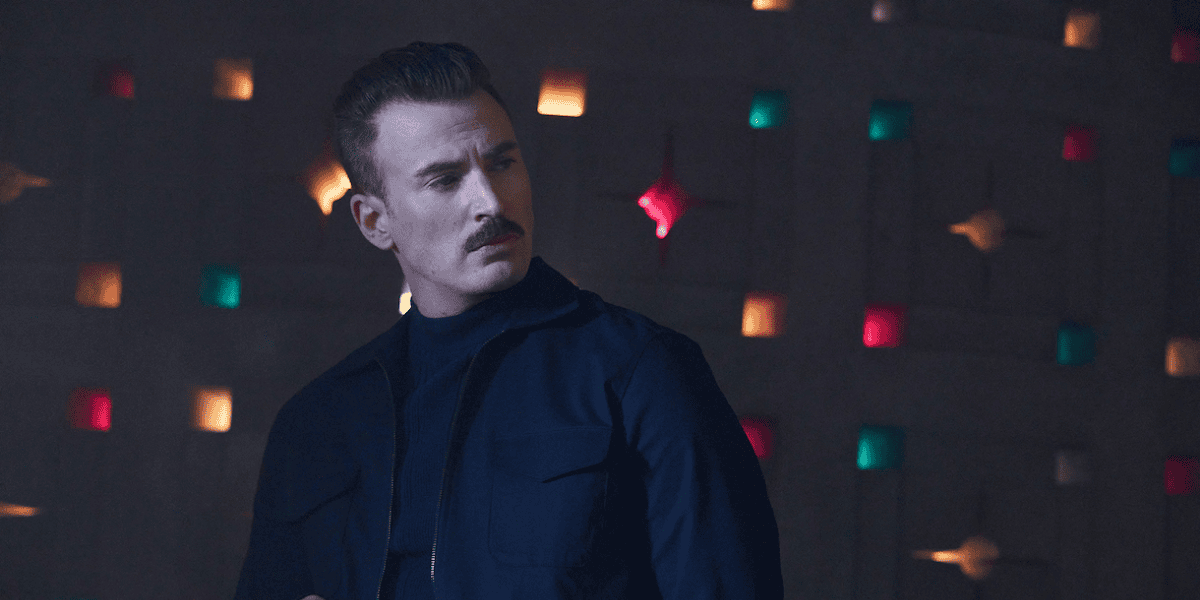 It is based on the same-titled book series by American novelist Mark Greaney. The film follows Court Gentry (Ryan Gosling), a highly trained mercenary who is unaware of his true identity and who unwittingly uncovers dark, damaging agency secrets while on assignment for the CIA. On the run from a reward placed on his head by his former colleague and newfound adversary, the sociopathic Lloyd Hansen (Chris Evans), the FBI embarks on a global search to apprehend him.

The plot is jam-packed with action and, according to Anthony Russo (via Deadline), presents two versions of the CIA: what it can be and what it can do in the real world. Also likened to “Captain America: Winter Soldier,” which had the Marvel Cinematic Universe superhero track down a brainwashed assassin (who turns out to be his not-so-deceased BFF), but set in a more “real-world environment,” according to the filmmaker.

The book is concentrated on a fatal conflict between its two main killers, and it appears that the film will take a similar course in this regard. “The Gray Man” will be an adventure across the globe — it was filmed in multiple European locations, including Prague, Czech Republic, and the Château de Chantilly in France (a castle right out of fairy tale books).

The film “The Gray Man” boasts an impressive cast, which includes many of Hollywood’s most well-known actors. Lloyd Hansen, played by Chris Evans, is the film’s main antagonist; Ryan Gosling plays a former CIA officer who has turned assassin. 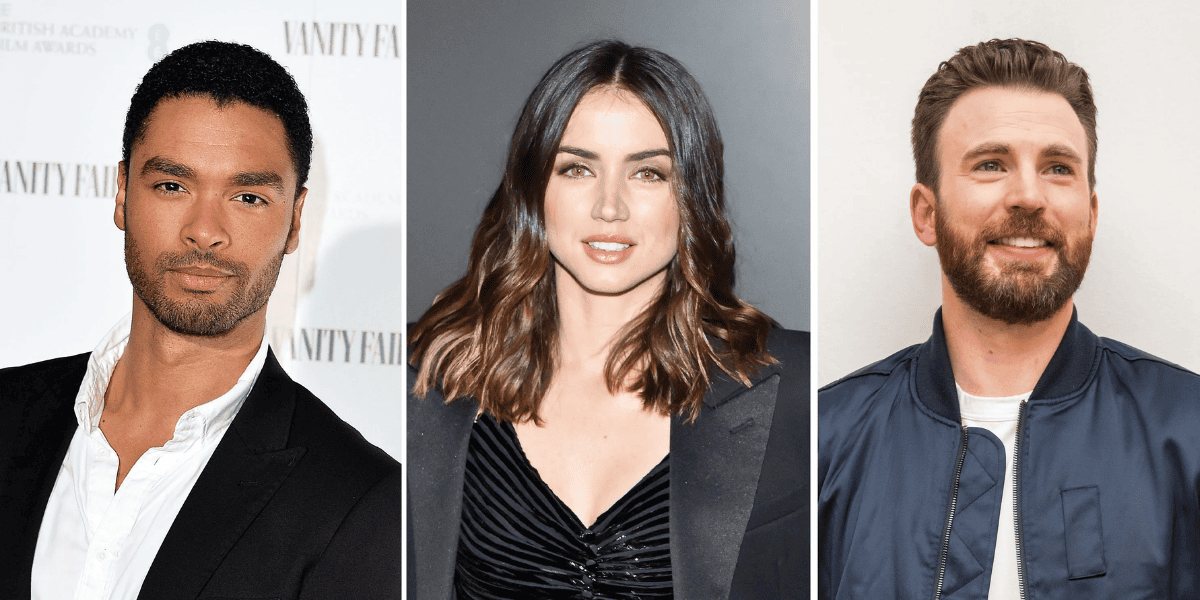 Dani Miranda, played by Ana de Armas, is an exceptionally stylish woman who is described as a “untraceable agent” by the film’s creators. Regé-Jean Page portrays the suave Denny Carmichael, a character from the book who also happens to be the director of the National Clandestine Service, a division of the Central Intelligence Agency.

In addition to Dhanush in an unspecified role, Billy Bob Thornton plays Donald Fitzroy, a former MI5 agent who is now the handler of Gentry, and Julia Butters plays Claire, his young granddaughter, in the film.

When Gentry is on the run from Hansen, he calls on the assistance of Maurice Cahill, played by Emmy-winning actress Alfre Woodard. Eme Ikwuakor will play Mr. Felix, Robert Kazinsky plays Perini, and other actors include Jessica Henwick, Wagner Moura, Callan Mulvey, Scott Haze, Michael Gandolfini, and Sam Lerner, along with DeObia Oparei.

Netflix has provided a sneak peek at the upcoming film, which includes first-look photographs of Evans’ and Gosling’s characters as well as a trailer. While the MCU hero is wielding a rifle and sporting a stylish new moustache, Gosling is seated at a bar and gazing out the window of a railway car in the same scene. In this scene, Ana de Armas’ Dani is attending a party (with a certain objective in mind), while Page is dressed in a suit and appears to be engaged in discussion with someone.

Unfortunately, we haven’t seen a trailer for the spy thriller as of this writing. We’ve just just received the first look photographs, so it appears that we’ll have to wait a little longer before we get to see Ryan Gosling and Chris Evans go head-to-head in battle.

The good news, on the other hand, is that Netflix has set a date for the release of the film. “The Gray Man” will be released in limited release in cinemas around the world on July 15, 2022. The film will be available for viewing a week later, on July 22, on the streaming service.

The “The Gray Man” book series has eleven instalments, which bodes well for the future of the potential film franchise, at least in terms of the source material it will be based on. However, Joe and Anthony Russo (who also produced “Extraction”) have accomplished a great deal in their respective careers, indicating that Netflix’s future espionage thriller world is in excellent hands as a result. This is something I’m really looking forward to seeing – and you should be too!

Read More What Is the Jameson Williams Net Worth? Latest Updates in 2022!

Read More: Is Young Justice Season 4 on the Way? What You Need to Know About Season 4?