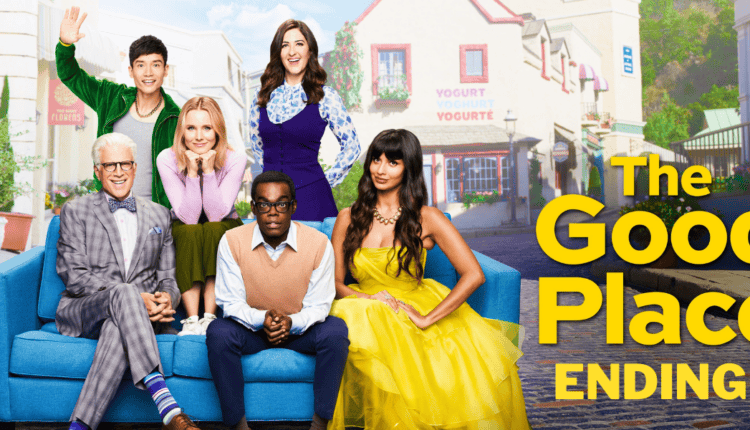 The final season of one of the best forkin’ series ever made is now available on Netflix! Watch it now!

While there were moments of happiness and despair, there was also an underlying sense of tranquilly. Rather than a last-minute revelation to correct or a crazy demon war to fight, the Good Place series finale simply focused on the Soul Squad and their brave and never-ending attempts to save themselves, and ultimately all of humanity.

Every one of our wonderful characters’ adventures came to a conclusion in the episode “Whenever You’re Ready,” which was written and directed by The Good Place creator Michael Schur. However, the episode never lost sight of the core theme of the show: that everyone is capable of becoming a better person.

The penultimate episode established a Good Place in which people became unambitious and bored zombies as a result of the lack of an end to the perfection and utter ease of life. In order to provide greater meaning to the residents of the Good Place, a special door was built through which a person’s stay in the afterlife would come to an end once they entered. 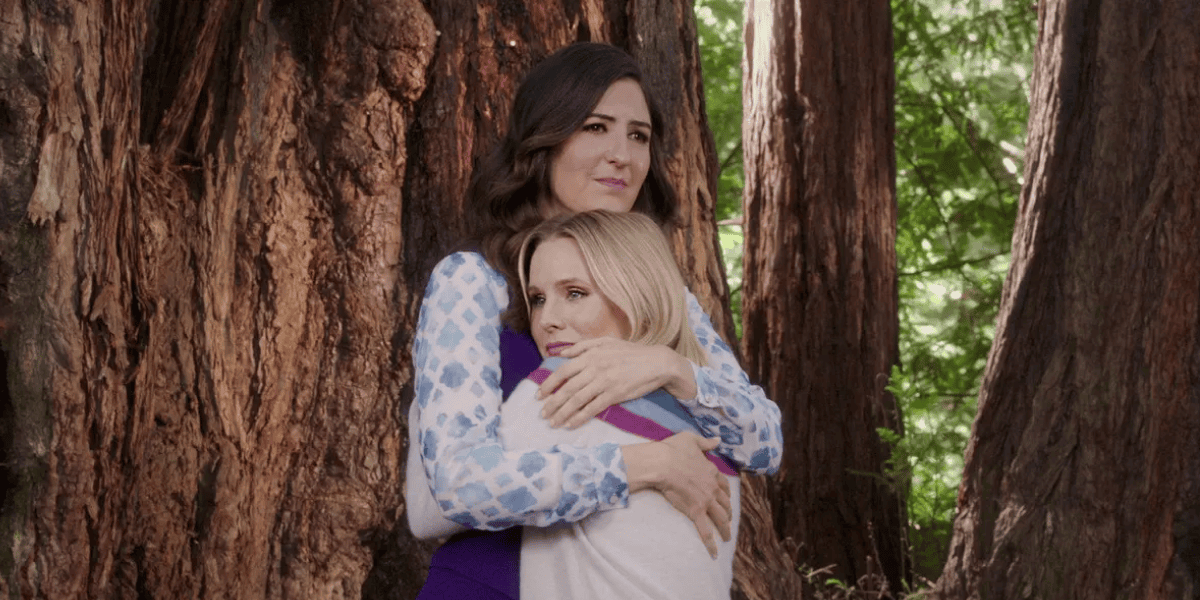 Even though we should have understood it, and we most certainly did and were just unwilling to accept it, the natural arc of the plot was for us to see our beloved crew live out their unique afterlives until it was their time to depart. And that’s exactly what The Good Place’s season finale had in store. So let’s take a look at how The Good Place came to a close and what that signifies.

Our first impression of the final edition of our group’s new afterlife system is that everything works perfectly and that everyone is pleased with it. Elena (Kristen Bell) is delighted to be a part of Chidi’s (William Jackson Harper) growing and flourishing ethics seminars.

Michael (Ted Danson) collaborates with the Joint Council of Afterlife Affairs on a regular basis to improve the system, while Janet (D’Arcy Carden), our favourite not-a-girl, continues to be the most powerful and most valuable component of the afterlife for the rest of us. Throughout the film, Tahani (Jameela Jamil) strives to become a master at everything, while Jason (Manny Jacinto) seeks refuge in boosting his video game scores.

Not only that, but the show’s heart and soul are also on full display. Towards various points throughout the episode, we get brief glimpses into the lives of people who were influenced either by the group’s visit to Earth in the previous season or by the personalised situations and trials of the new system, which we see at the end of the episode.

Eleanor’s roommate buddies and mother have arrived, as has Chidi’s childhood buddy. Tahani’s entire family has persevered through the difficulties, and even Jason’s father (Donkey Doug!) and best friend have managed to make it into the house. Some of these individuals were complete and utter trash bags, but each and every one of them transformed themselves. The fact that some people took longer to pass the test than others isn’t surprising, but the show wants us to know that anyone can improve their character by working hard.

Even the three new test subjects from earlier in the season were able to secure a place in the Good Place.. Simone (Kirby Howell-Baptiste), with her tendency to pass judgement, and John (Brandon Scott Jones), with his voracious appetite for gossip, both passed the test with flying colours and made it through. Brent (Benjamin Koldyke), who is absolutely nasty, is still present and making his way through the system in this little glimpse. However, it is a brief glimpse. He hasn’t been thrown out, and he hasn’t been given up on, but he is still attempting to explain his request for more smiles from ladies. Every person have positive qualities. Brent, as well. “No one is beyond rehabilitation,” Michael stated in an earlier episode, and this statement holds true until the end of the series.

While it’s easy to claim that this is the point at which things begin to fall apart, the fact is that members of Team Cockroach are beginning to make their way in the door and long-time pals are beginning to vanish.

When Jason, the first one to depart, opted to venture through early in the show, it was a painful moment. In addition, having Tahani nearly make the same decision so soon was difficult for the viewers, but it wasn’t until Chidi offered wise counsel before his own decision to leave that things began to make sense to everyone involved. His concise statement was, “None of this is a negative thing.” And it is correct.

After feeling at ease or at peace, three out of the four humans decided to end their time in the Good Place. It began for Jason once he achieved his highest possible Madden score, and subsequently after he spent an eternity waiting for Janet, which provided him with the silent reflection his outgoing nature so desperately needed at the time.

Despite the fact that Tahani has yet to go through the door, the fact that she has reconciled with her parents and chosen to resist her high society upbringing by pursuing a goal of working her way up to being an architect demonstrates that she has discovered plenty of areas in which she can develop. Consider where Jason and Tahani were at the start of the series, and then consider the choices they made in this final episode of the season. That development. That is, after all, the very point of the whole affair.

When it comes to Chidi, it’s a little more difficult to pinpoint the source of his calm, but it came from a simple encounter with Eleanor and both of their mothers. Perhaps it was the comforting knowledge that there will still be people to care for Eleanor while he was away. Alternatively, it could be due to the fact that the new system is effective and that his efforts have been fully worthwhile.

His indecisiveness, which had plagued him throughout his life, was suddenly a non-issue (again, growth). Chidi was certain of what he desired at the time and didn’t sway from his decision. When he was offered the opportunity to sit on the bench just outside the entrance, he politely declined. He had made up his mind about what to do. Chidi was at his best in this performance. 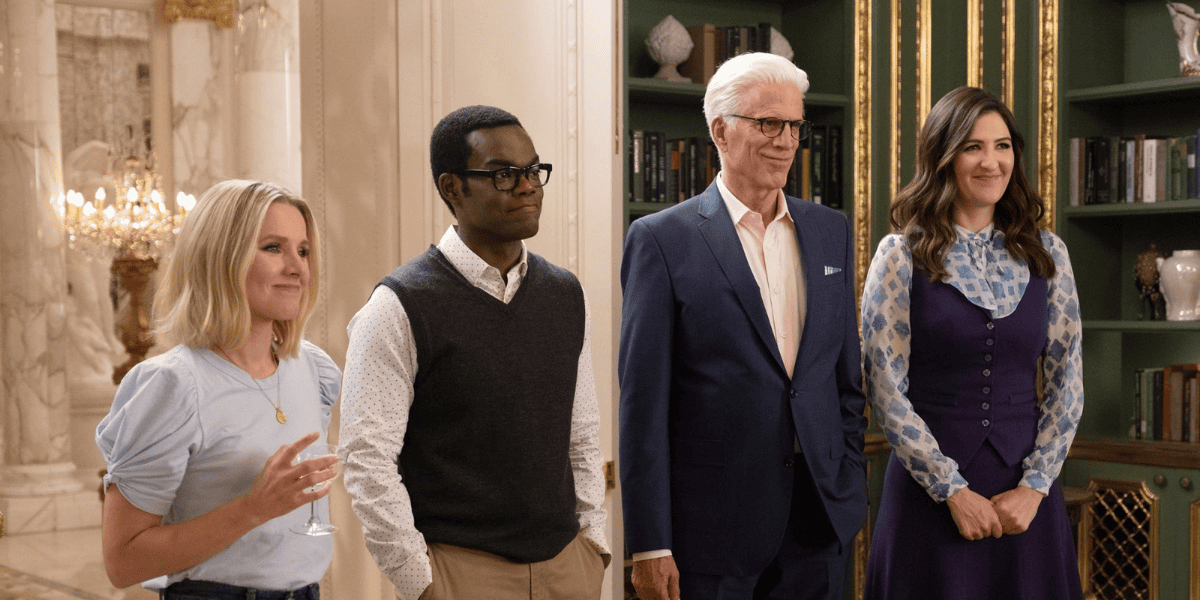 Eleanor, the Arizona dumpster fire and winner of the most improved person award on the series, was the character who had the most difficulty embracing the difficult decisions. The people she met along the way were the ones who helped her develop into an excellent and genuine leader. She would never allow them to be separated, so it came as no surprise when she was able to persuade a hesitant Chidi to remain with them. The fact that she promptly remedied her selfish request was a monument to the development of her character, and the two of them shared one more moment together before Chidi left.

Eleanor, on the other hand, is driven by her desire to find the most perfect version of herself and to complete her trip. Although Eleanor has contributed to the development of a comprehensive system to save humanity, she still finds a way to assist others, specifically in the shape of Mindy St. Claire (Maribeth Monroe) and Michael. When she realises that Mindy is what could have been her fate if she had not been saved by her friends, she persuades her to abandon the Medium Place and begin the process of moving to the Good Place. As a result, she persuades the Judge (Maya Rudolph) to send Michael to Earth in order to achieve his ambition of becoming a human. Following the completion of her two final and tremendous deeds, Eleanor makes the final step through the door.

When you enter through the final door, what happens is as follows. During our journey with Eleanor under the wooded archway in the forest, we notice her glowing with a yellow light just before the camera pans up to the sky. A scattering of lights appears in the trees above as the screen gradually fades to whiteness. A guy is seen on Earth collecting his mail and tossing a misplaced letter into the trash. He picks up the thrown letter and delivers it to its intended recipient shortly after when one of the orbs of light rests on his shoulder and prompts him to do so. Michael, of course, is the intended recipient.

Once one has passed through the final door, it appears that the goodwill they have built up during their lengthy voyage is returned to the world, much like Chidi’s analogy of the wave returning to the ocean. An intuition, or possibly a voice, comes to the man with the mail through the flare of light that reached him in the night. There’s a tiny voice in your head, the same one Eleanor used to dread whenever she did something wrong. Like Eleanor when she went out of her way to return a lost wallet, this man goes to a completely different apartment complex to get Michael his letter. Eleanor, like with the other people that walk through the door, appears to have one more chance to do good in the world before she dies.

If there’s one lesson, one overarching message that carried through every episode of every season of The Good Place, it’s that everyone has the potential to be saved. Every single individual on the face of the planet, and every single person on the face of the universe, is given the opportunity to become a better version of themselves, several times. It was accomplished by our four loving humans, as well as by a literal demon and a cosmic robot. As a result, we can too.

Read more: Who is Chris Brown’s Girlfriend? Is She Ammika Harris?