Marvel comic world is heaven for comic lovers. We have to admit that. Captain America to Iron Man and Hulk, Hawkeye to Scarlet With, Black Panther, Black Widow they mesmerized us overall this year. Last year “The Avengers: Endgame” took the madness into a whole new level. It was 3rd highest box-office hit movie of the year (1st- Joker and 2nd– Deadpool 2). Now Marvel is getting ready to bring another hit of this year “The Eternals”. And we can’t wait anymore.

This upcoming American superhero movie The Eternals is going to bring to us by Marvel Comics. Marvel Studios produced the film and Walt Disney Motion Pictures distributed it. It is Marvel’s 25th film alongside “Captain America: The First Avenger”, “Iron Man”, “Black Panther”, “Spiderman”, and so on.

In April 2018 Kevin Feige announced about this film’s development. Director Chloe Zhao directed the film. The authority also announced that The Eternal is going to release on 6th November 2020. So, this year will end with a bang-on hit movie.

Though they didn’t reveal the story of the film because it will be a spoiler to fans. But little did we come to know that the protectors of Earth known as the Eternals will protect it from the Deviants who are the enemies.

As expected From Marvel movies, it is coming with an amazing cast. We will see Angelina Jolie, Kit Harrington (famous for his Game of Thrones character Jon Snow), Richard Madden, Don Lee, Salma Hayek, and so many people. 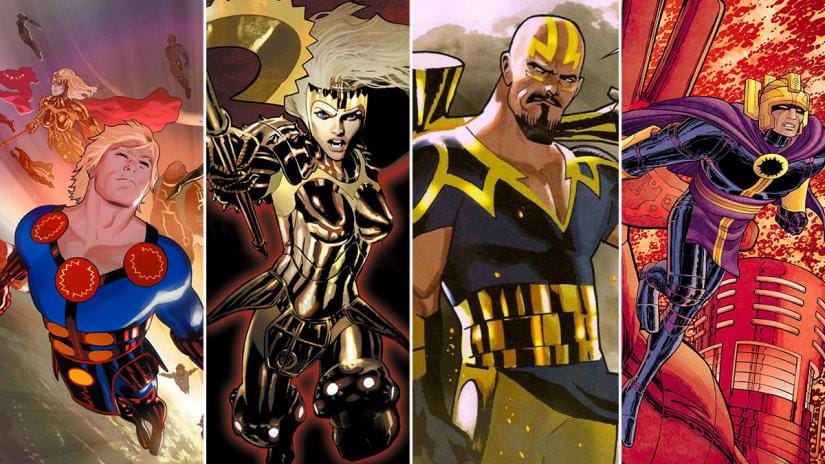 We know what is the world’s current situation is. The COVID-19 Pandemic made everything on pause. But Marvel already announced the release date. So, the work on this film is at its peak point. The VFX house “Scanline” that worked in previous Marvel movies, is also working on The Eternals. Because of The coronavirus outbreak, they moved their set-ups for doing work from home. They rescheduled everything to maintain the safety of their employees as well as catch up with the release date.

So, now it is the time to see if they complete the task within the time or not.