On a scale of 1-10, how excited are you for the release for Marvel’s next giant, multi-starer project? We’re 11! The Eternals.

Who are the Eternals? How do they fit in the MCU? We’ll tell you.

It all starts with the Celestial- they created an immortal race of aliens who are now divided into two: The ETERNALS and the DEVIANTS.

The Eternals are the heroes, and the Deviants the anti-heroes.

Read more about the Eternals from the Comics here.

The Eternals: The Movie 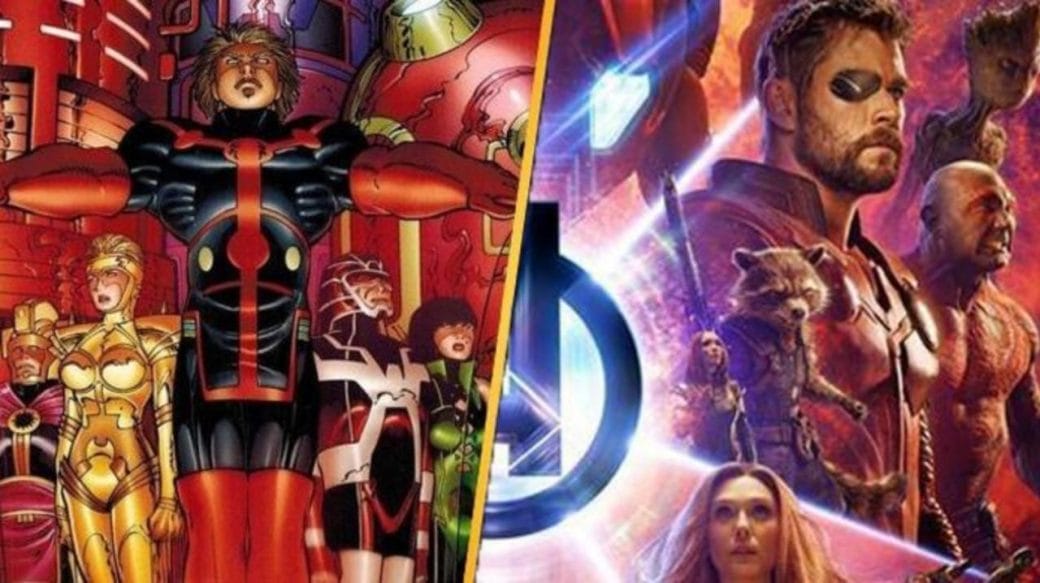 After the end of the Avengers franchise in Marvel, a great threat looms on the Earth. These are the Deviants. To protect the planet from them, the Eternals come together and fight with the Deviants.

The movie will release in theatres on November 6th, 2020.

Check out more details about the upcoming Marvel movie here.

Did you know about this dark twist in the Marvel movie?

Ikaris has been a lover of mankind for his entire immortal life. He was the father of Icarus, the boy who flew too close to the sun and died. However, it hasn’t touched the compassion of Ikaris.

In the modern world, Ikaris is Iceberg, a professional wrestler.

Richard Madden portrays his character in the movie.

Thena was born in the Ancient Greek. The city of Athens is named after her. She is a warrior and a student of history. Thena is famous for her controversial relationship with a Deviant.

Angelina Jolie will play Thena in the movie.

Gilgamesh is also called the Forgotten One. The other Eternals scorned him for being more involved in human affairs than was necessary. He also aided the Avengers in one of their wars.

Ajak settled in South America, where people worshipped him. He is the only Eternal who can communicate with the Celestials. Ajak will lead the Eternals in the movie.

Salma Hayek will play the character of Ajak in the movie.

Phastos is the Eternal with an unknown history. He is an insane genius and wields a hammer.

Makkari is the master of speed. She has witnessed many remarkable human wars in her long life, such as the Trojan War. Among the Eternals, she has the best skills in automobiles.

Lauren Ridloff will play Makkari in the movie.

Sprite is the youngest of all the Eternals. She has childlike notoriety, and often acts without thought.

Lia McHugh will play the character of Sprite in the movie.

Kingo is the Eternal based in Japan. He is a Samurai who later becomes a Bollywood actor.

Kumail Nanjiani will portray Kingo in the upcoming movie.