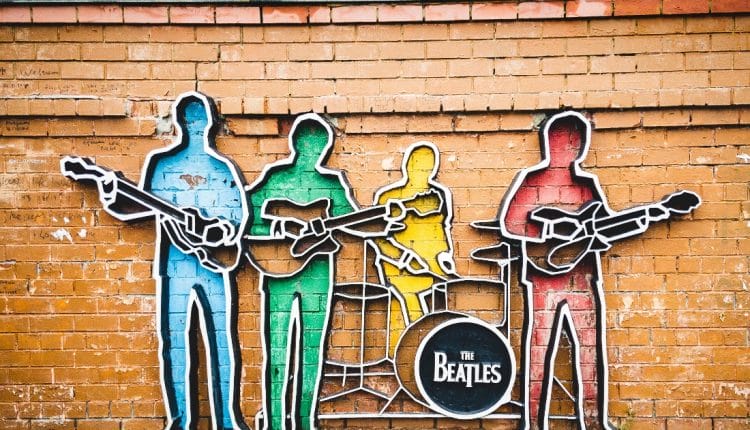 Photo by Fedor on Unsplash

Ever since The Beatles split up over half a century ago, people have spoken about the bitter dispute between Paul McCartney and John Lennon as being the reason behind it.

Yet a new documentary by moviemaker Peter Jackson may be about to change that. In previously unseen footage, the duo can be seen laughing and joking together as they record the band’s final album Let it Be in 1970. It’s in stark contrast to the image of an unhappy Fab Four that has been painted in the past.

So, is the new documentary, called Get Back, about to change the Beatles narrative once more?

The background to the documentary

The director behind the program, Peter Jackson, is famous for being the man behind the Lord of the Rings movie franchise, one of the highest grossing movie series of all time. Yet, like any other Beatles fan, he must have felt like he’d landed the winning lottery numbers when Apple Corps — the company formed by the Beatles in 1968 — asked him to watch 60-plus hours of unseen Beatles footage and put it together for an exclusive documentary series.

Jackson was asked because of his knowledge of virtual and augmented reality technology (VR and AR). The original plan was to create an exhibition powered by the technologies, similar to past David Bowie and Rolling Stones events. These plans were dropped, though, when Jackson suggested that the unseen footage be used for a documentary series instead.

The director had another demand before agreeing. He didn’t want to add to the negativity surrounding Let it Be and make an unhappy movie. He wanted to watch the 60 hours of film first, then decide whether to proceed.

What he saw surprised him and inspired him to make the series.

A sneak glimpse of the footage

Anyone who’s interested in the Beatles will know that the making of the band’s farewell album was supposed to be a miserable experience. John Lennon famously referred to the process as ‘six weeks of hell’; George Harrison agreed, calling it the band’s ‘winter of discontent’.

When American director Michael Linday-Hogg used some of the footage to release a movie Let It Be in May 1970, it was badly received by fans and critics. It showed the most famous group in the world going through a messy breakup, although the iconic scene of them playing on a London rooftop will go down as one of rock’s most famous moments.

What Jackson saw was in stark contrast. He watched the band record in a happy environment, full of laughs and jokes. One notable moment comes when the band receive the news that Yoko Ono’s divorce from her previous husband has been finalized and they play a song to celebrate. Many Beatles fans blame Ono for the band’s breakup, and this scene backs up McCartney’s claim that she didn’t: if she was a divisive figure, why would they celebrate her and Lennon’s relationship in such a way?

As the footage goes on, the festive spirit continues. Jackson described it as getting ‘happier and happier as it goes’. They share stories about the band’s early days in Liverpool and even play their early rock’n’roll covers such as Blue Suede Shoes and Shake, Rattle and Roll.

That’s not to say all the footage is so upbeat. There are moments that echo the original 1970 movie, such as Harrison’s temporary exit from the band early in the sessions. Even that, though, appears ‘less frosty’ in the new documentary, according to Jackson, who says we can now see the whole conversation between the band, rather than just eight or nine minutes of edited comments.

How the documentary was made

51 years is a long time. This is the amount of time that has passed between the two documentaries, and it’s easy to see the advances in technology by watching Jackson’s series.

The footage has been restored in a frame-by-frame process so that it’s sharp enough for modern TVs. It took a team of 14 people almost four years to refine.

The other problem was how to cut down over two-and-a-half days of continuous film into just a few hours. Jackson originally wanted 18 hours to feature in the series, but he eventually reduced that down to just a third of that.

It was clearly a labour of love for Jackson, who spent days in a small TV room sifting through the footage. It will, however, probably be his last time working with the Beatles as this is their only known vault of unseen film.

The result is a fascinating six-hour watch for Beatles fanatics, spread out over three two-hour episodes on Disney+. It won’t appear in movie theatres simply because it’s too long, leaving TV viewers to digest it at their own pace. That way they can make their own mind up about what really happened during the Fab Four’s final days together.