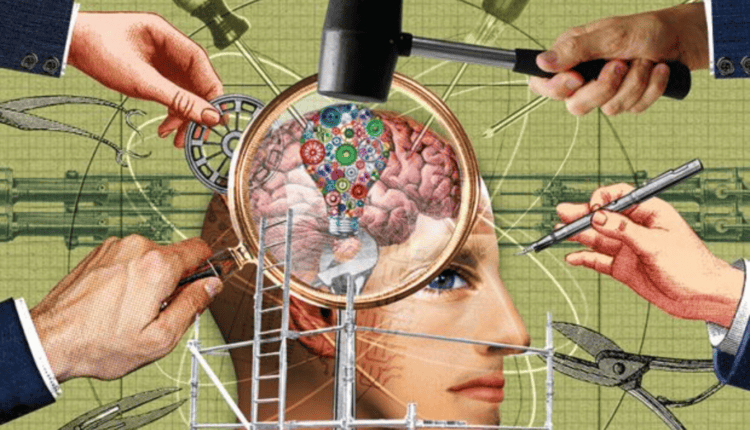 This article will discuss topics like “The Companies That Are Killing Creativity” and Everything you need to know about this. Therefore, if this is something that piques your curiosity, stick with us.

In a letter to Amazon shareholders in 2012, Jeff Bezos said that the company was helping people by getting rid of old-fashioned “gatekeepers” like book publishers who stood between creators and their audiences. Today, almost 30 years after it started, the company has replaced these gatekeepers with Amazon itself, which is even bigger and more centralized.

Think about the books, music, movies, and podcasts you listen to and watch. Most of the time, you know who made the work and give them credit for it. For example, in The Love Songs of W. E. B. Du Bois is Honorée Fanonne Jeffers’s book, not her publisher’s. It’s not Amazon’s book for sure.

But your relationship with Jeffers and other creators, and specifically how much money you give them, is not so simple. In their new book, Chokepoint Capitalism: How Big Tech and Big Content Captured Creative Labor Markets and How We’ll Win Them Back, Rebecca Giblin, a professor at Melbourne Law School, and Cory Doctorow, a technology activist and best-selling science-fiction author, describe creative markets not as two-way freeways but as hourglasses, with authors, musicians, and other artists on one end and consumers on the other. The chokepoint capitalists, like Amazon, Spotify, YouTube, Apple, Google, and other “predatory rentiers” (companies that make money by charging “rent” to anyone who wants to use their services), are in the middle of the hourglass. These companies are different from the usual middlemen between buyers and sellers in a capitalist economy because they have taken full control of the channels through which culture reaches its audiences.

From the point of view of the consumer, the problem might not be so clear at first. Books from Amazon are cheap and get to you fast. Spotify has tens of millions of songs and podcasts for less per month than we pay for a single CD. But for the people who make things, chokepoint capitalists, which are the companies that control access to their work, are a nightmare of exploitation. Chokepoint capitalists don’t just give artists and audiences a way to trade art for money; they’re one of the only ways that can happen. However, they cheat artists by setting prices that can’t be kept up in the long run, and they take most of the money that the art makes. But because these companies set prices and have a lot of power, they can hurt every industry. In other words, these struggles are a lesson for the rest of us.

In May 2004, a small independent book publisher called Melville House found itself at the mercy of a chokepoint. This was one of the first signs of how brutally Amazon would come to use its power. Melville was told that it had to pay fees to boost its titles on Amazon’s website and in its algorithms in order to sell its books there. Melville surprised everyone by saying no. George Packer wrote in The New Yorker that one of the publisher’s co-founders, Dennis Johnson, said that Amazon was bullying publishers by not giving them sales data and was using “blackmail” to do so. The “Buy” button was taken off of Melville’s books on Amazon the next day.

Even though Amazon only made up 8% of Melville’s sales, Johnson told Packer that the publisher couldn’t afford to lose those sales. He said, “I paid that bribe, and the books came back.” Giblin and Doctorow say that Amazon’s takeover of Melville was an early example of “chokepoint capitalism.”

Musicians aren’t doing much better. Spotify says its goal is to “unlock the potential of human creativity” by giving a million creative people a chance to make a living from their work. Giblin and Doctorow show that what Spotify really does is act as a “gatekeeper between artists and listeners.” Spotify is where a third of the world’s music is streamed, and an artist’s career can be made or broken by whether or not their song is on one of its popular playlists. When the company sits down to talk about how much it will pay music labels to use their content, it is in a very strong position. Even though that’s bad for the labels, it’s much worse for the artists, who have to agree to whatever terms their desperate labels come up with.

Giblin and Doctorow tell the story of Zo Keating, a composer and cellist who works for herself and shares her earnings from Spotify with the public. They say that in September 2019, Keating got $753 from the platform. That sounds good until you find out that her songs were played more than 200,000 times on Spotify that month. Even less money is made by artists who are signed to labels: Giblin and Doctorow think that, before taxes, they might get $0.0009 per stream, and that’s if they have good royalty terms. “For artists with contracts that go back decades,” they say, “it might take a hundred thousand plays to make enough money to buy a $20 pizza.” YouTube, which is one of the most popular music sites in the world, doesn’t treat artists any better. No matter what platform they use, most creators are stuck in a situation where they either don’t get noticed or do most of their work for free.

Johnson felt like he had to give Amazon a “bribe,” even though the company only sold 8% of Melville’s books. Eight percent doesn’t sound like a very big share. Nor does the fact that Spotify has 31% of the market for streaming music.

But neither Amazon nor Spotify sell books or music that they themselves made. Instead, their power as marketplaces comes from how strong they are as buyers. Their leverage comes not from monopoly but from “monopsony,” which Giblin and Doctorow define as a market in which “buyers have power over sellers.” If you’re an author or publisher, and you don’t sell your books on Amazon and agree to the terms Amazon sets, many of your potential readers won’t even know they exist. They also say that “monopoly power” can happen at much lower concentrations than monopoly does. “A buyer who is in charge of just 10 or 20 percent of a producer’s sales can have a lot of power,” says the Wall Street Journal.

What’s true for Amazon in books and Spotify and YouTube in music is also true for a lot of other fields and industries. “Chokepoint capitalism” is a very clear way to think about the economy as a whole, which is why Giblin and Doctorow’s book is so helpful to read. Simply put, economic chokepoints make it harder to be creative and innovative because they put more power in the hands of fewer and fewer people. And they are all over.

Think about the doctor whose only way to become a doctor is to work at the only hospital in her town, which is more likely to be owned by a private-equity firm that wants to make quick money by overworking and underpaying staff. Or the retail worker who has no choice but to take whatever hourly wage and working conditions Walmart offers because of its buying power and economies of scale. Even though many executives say they like free markets and “disruption,” what they really want and what investors and venture capitalists reward are practises that kill competition, rig markets in their favour, and protect existing firms from possible threats.

Whether it’s in publishing or chicken, once a company has created a chokepoint and established control over the pipeline between buyers and sellers, it can be hard for a potential competitor to find a way around it, no matter how original their ideas, disruptive their strategy, or better their product is. Giblin and Doctorow write, “As monopolies and monopsonies take more and more money and opportunities, more and more of us are being shaken down.” “What’s going on in the creative industries is a sign of what will happen to everyone else if chokepoint capitalism is allowed to run free.”

In his 2013 book, Who Owns the Future?, tech philosopher Jaron Lanier warned that the biggest and most profitable tech companies want us to think that the internet we know—with its ads, surveillance, distractions, and manipulation—is the only possible internet. Lanier wrote, “Because digital technology is still pretty new, it’s easy to believe that there’s only one way to design it.”

The modern creative economy is also a new idea, and it suffers from the same mistaken beliefs that the ease of the Kindle or the convenience of Spotify means that creators have to give up their jobs and well-being. Chokepoint Capitalism is a great way to get rid of the idea that our economic systems work the way they do because that’s just how they are, instead of because a few companies were able to use new technologies to manipulate those systems early on to make money for themselves.

You might not expect to find much hope in a book about how people who do what they love for a living are taken advantage of. But Giblin and Doctorow make a strong case that taking on Big Tech and Big Content, which seems like a lonely and demoralizing task, is actually a chance to bring people together. In fact, the fight calls for a group effort. The authors come to the conclusion that “we’ve set up our societies so that the rich get richer at the expense of everyone else.” “We’ll have to work together if we’re going to do anything about it.”

So that is all in this article “The Companies That Are Killing Creativity” We hope you learn something. So keep an eye out and stay in touch. Follow us on trendingnewsbuzz.com to find the best and most interesting content from all over the web.