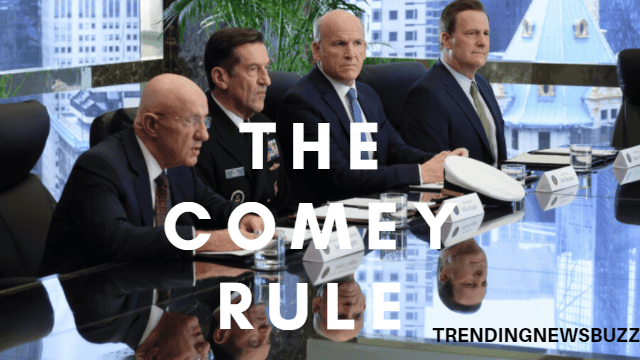 As the name suggests, The Comey Rule  is an American political drama. It is based on the intriguing book named “A Higher loyalty: Truth, Lies and Leadership”. Jeff Daniels and Brendan Gleeson have played the roles of James Comey and President Donald J.Trump in this mini series. This political drama is an engrossing story of two most assiduous and robust men, whose morals and ethics, opinions, beliefs and loyalties were completely like chalk and cheese towards each other. The Comey rule was written and directed by Billy Ray. This political drama “ The Comey Rule” comprises two episodes. 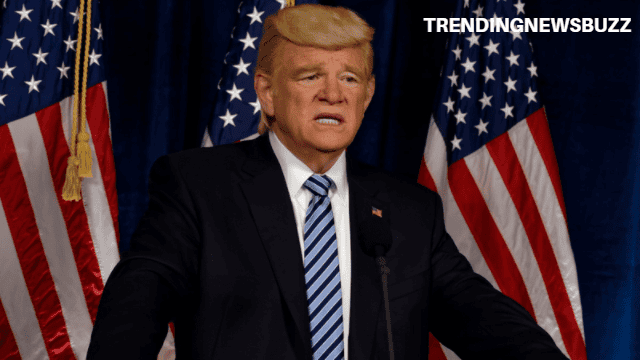 The first episode of The Comey Rule went up to inquire about Hillary Clinton’s emails and their adverse results on the upcoming election. It might prove to be harsh. The second episode of The Comey Rule is a report of the first months of the Trump presidency. It specifically focuses on where parties turned out to become opponents and opponents became friends. And no one cared about what the truth actually is behind the idea that was served to the public. But as stated, no one came forward for that. They all were working for their ulterior motives. The running time of this mini series, The Comey Rule was 210 minutes. Still, it ends with suspense and will leave you perplexed even after watching it completely. Continue reading the article to know everything you need to know about the series.

Plot of the Drama, the Comey Rule

James Comey, is the man because of whom Donald Trump got elected. In this series Comey would be desperately looking for a way to work with the new President. Things got hay-wired when it was suspected that Trump wants to use Comey, the Bureau, and the Department of Justice for his own ulterior motives. All this leads to forcing these two powerful men on an edge where the results could be drastic because everything ( name , fame , power, position , ego, selfish motives and a lot more ) was involved there. One more thing which deserves our attention is Starring Brendan Gleeson as US president Donald Trump, it was impossible for Gleeson to give a serious and meaningful performance as Donald Trump on screen. 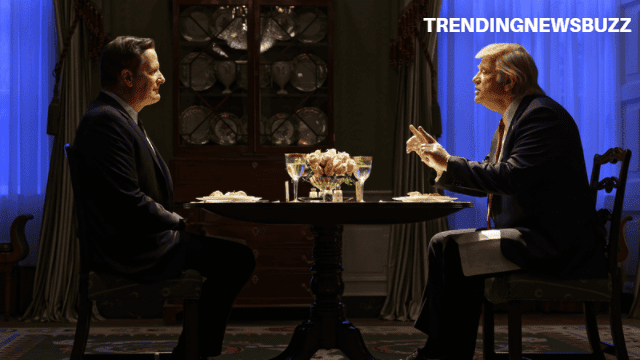 This mini series begins with the following FBI director James Comey in the run-up to the 2016 election, and once again in the early months of Donald Trump’s presidency. In 2015, Comey approached Mark F. Giuliano in order to get hold of the position of deputy FBI director and to command the Hillary Clinton email server “Midyear” investigation. This was the confidential and important concern needed to deal with. Later on the investigation finds groundless evidence that the Russian government had detrimental information about Donald Trump when he resided at the Ritz-Carlton Hotel Moscow in the year 2013.

Read also: The Last Czars: Whether There Will Be a Season 2?

When the midyear Clinton investigation was closed in July 2016, one unexpected thing happened which left everyone flabbergasted. The Comey bureau turns out to relook in the investigation due to some Hillary Clinton server emails which resulted in a new unpleasant sexting scandal on Anthony Weiner’s personal computer. The first episode of The Comey Rule, ends with news reports that left everyone stunned. Hillary Clinton from whom no one was expecting this but yes, he has called Donald Trump to acknowledge the election to him. Which was equally surprising for Donald Trump.

In the second episode of The Comey Rule, the person who is in charge of the Intelligence Community updates Barack Obama that Russia wants a friendlier Donald Trump in the White House to fulfil their ulterior motives. Such as the destruction of NATO, ending the Iran nuclear deal and moreover allowing oil drilling in the Arctic, setting up a pathway for Turkish invasion against the Kurds, starting a trade war with China, and a lot more. This all was unfair and unethical and not permissible.

Cast of the Political Drama

When and Where, the Comey Rule Was Released? 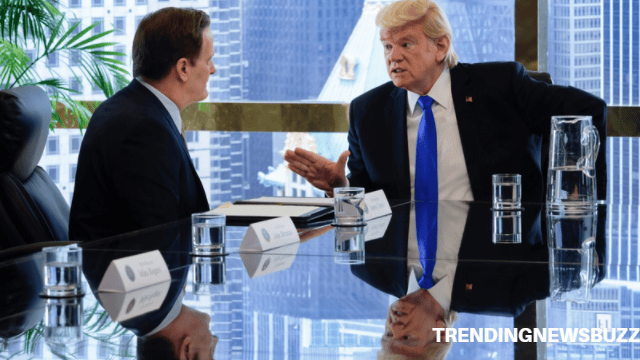 The show received a 7.4 IMDb rating, but still it’s not worth watching, let’s ponder upon it. After watching this mini series, The Comey Rule a watch, yes, it’s quite difficult for each one of us to decide between who was wrong and who was right. The Comey Rule is not worth watching; it’s unusual or quirky, extremely showy and extravagant. People like me and you are not personally going to relate with this. Well Of course, who will? Because we only tend to believe in something which is free of doubts, and here everything was doubtful.

One more thing to ponder upon: have you ever wondered what it does to anyone who still believes that whatever happened was rightly presented to the local public ? And people who say that there is no point in raising questions or doubts on this matter over and over again ?

Well, it’s hard for any of us to comment on that. These miniseries leave every viewer perplexed. And this was also one of the reasons why this topic became the talk of town those days. This political drama basically provides few insights, but it’s still fun to watch how the politics actually works.