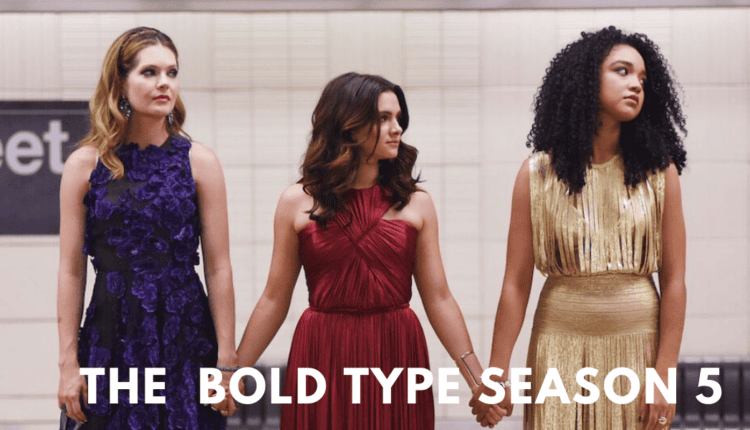 The Bold Type Season 5: Everything You Need To Know!

The Bold Type has a twofold meaning, which is a little confusing. Aside from referring to the major ensemble of characters, the title of Freeform critically praised series also relates to the show’s brazen disposition, which is effectively represented in the title as “bold.”

The Bold Type, on the other hand, takes place in the workplace of a New York City magazine named Scarlet, which was influenced by the real-life magazine Cosmopolitan in its location. Thus, its term relates to a typeface that a publisher might employ to draw attention to essential words or titles of articles in their publications.

Series producer Joanna Coles, who used to be the editor-in-chief of Cosmopolitan magazine, stated in an interview with Bustle that the programme is partly based on some of her real-life experiences, which she shared with the publication. Although her own experiences are not identical to those of the show’s primary characters, Coles’ own life provides direct inspiration for the highs of her professional life and the lows of her friendship that define the more dramatic moments of The Bold Type on television. 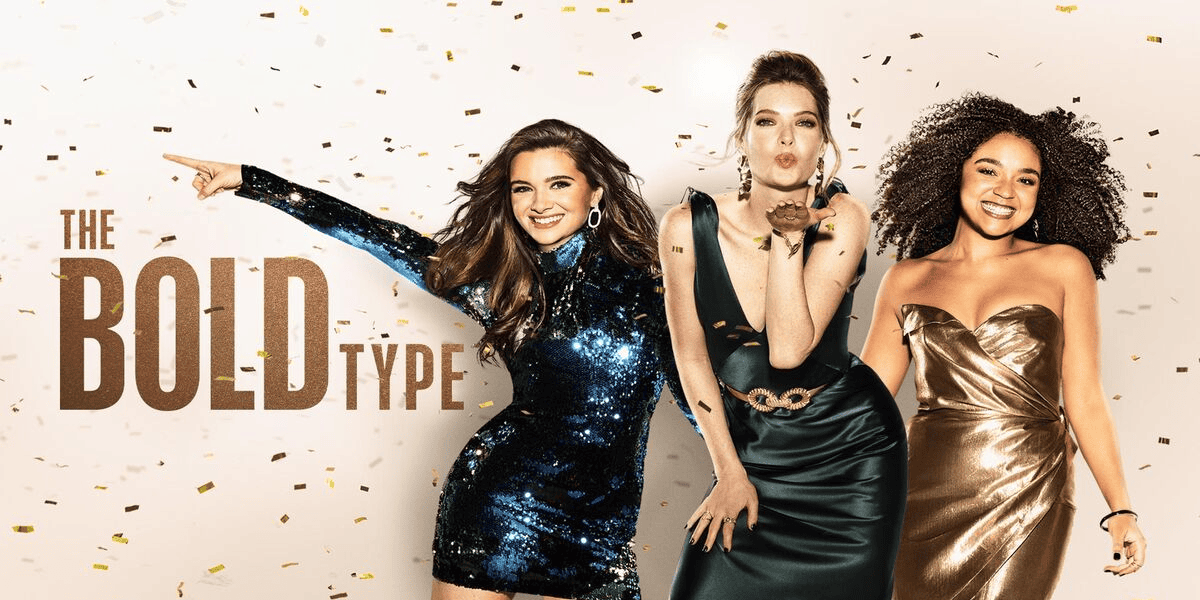 The Bold Type returned to Freeform on Wednesday, May 26,2021 at 10 p.m. to begin its fifth season. The fifth season of the series will be the final season of the show and will only consist of six episodes rather than the previous seasons’ 10 or 16 episodes.

Although the fourth season of The Bold Type was originally scheduled to consist of 18 episodes, the number was reduced to 16 because of the ongoing pandemic that prevented the show from going into production.

Additionally, due to the pandemic, the final batch of episodes in season 4 were not broadcast until episode 11, resulting in a substantial gap between episode 10 and episode 11, which was around two and a half months after episode 10 was broadcast.

The producers of The Bold Type have not yet revealed whether pandemic complications played a role in the decision to cut the episode count for the fifth season’s shorter episode order.

In a short video of a table read for season 5, the cast of The Bold Type was first unofficially released, which all but assured the return of the series’ core characters. Afterwards, the inclusion of the series’ stars was officially announced in a press release for the season, which was released by Freeform. 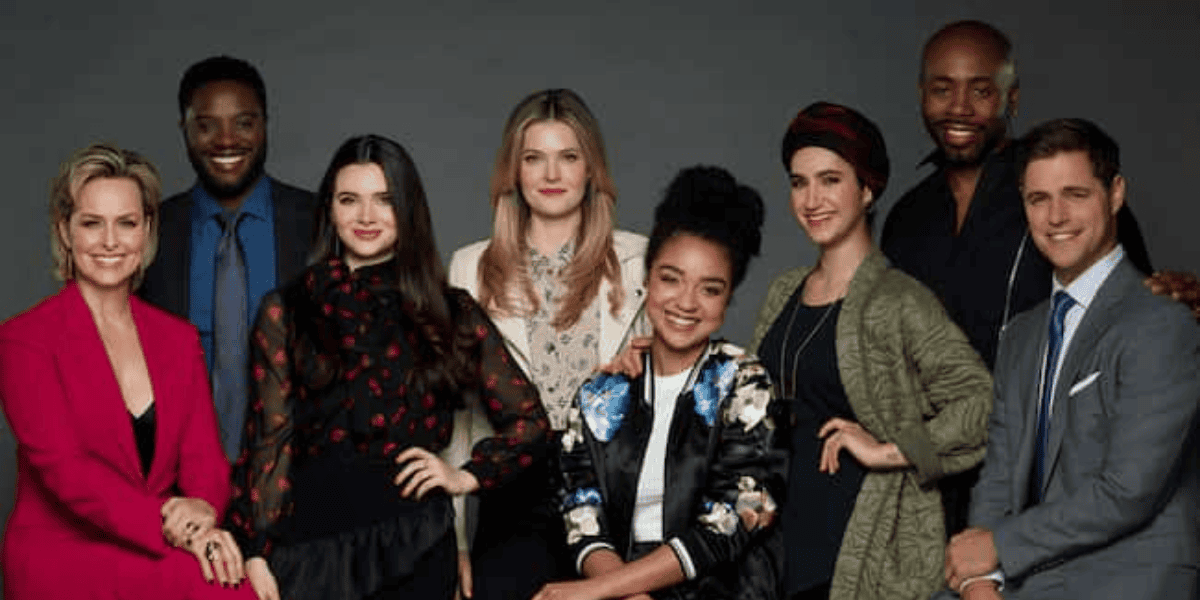 The fundamental trio of characters — Jane, Kat, and Sutton — is at the heart of the novel The Bold Type. In the film, Jane is played by Katie Stevens, who is perhaps best known for her appearance on the ninth season of American Idol in 2011. Kat is played by Aisha Dee, who was nominated for a Teen Choice Award in 2018 and has previously been on television shows such as The Saddle Club and Channel Zero: The No-End House. Finally, Meghann Fahy portrays Sutton, who has previously been in One Life to Live and Law & Order: Special Victims Unit, among other shows.

Stephen Conrad Moore portrays fashion editor Oliver Grayson, Nikohl Boosheri portrays photographer Adena El-Amin, and Melora Hardin portrays Scarlet Magazine’s editor-in-chief Jacqueline Carlyle, rounding out the cast. According to Freeform, Carson Kressley, who appeared in the first episode of the previous season of Queer Eye for the Straight Guy, would likewise appear as himself in the first episode of the upcoming season.

It’s been a long time coming, but the final six episodes of The Bold Type season 5 will pick up with the central trio “on the verge of defining who they really are and how best to leave their mark on the world,” according to Freeform’s official press release, which also notes that “their love and support for each other will never change.” Despite the fact that the narrative is a little ambiguous, it appears like the characters’ professional and personal lives are about to come to a satisfying conclusion. 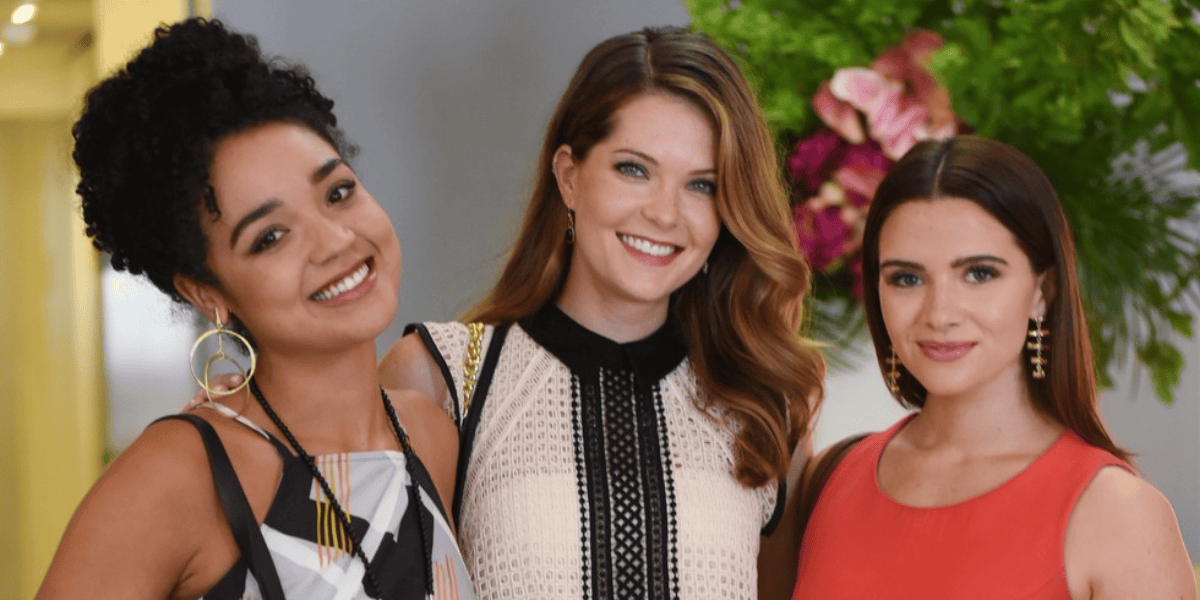 Sutton’s rekindling romance with a married ex-boyfriend, Kat’s breakup with her girlfriend Eva, and Jane’s battle against the concealment of a workplace violation are just a few of the plot lines from season 4’s conclusion that will likely be explored further when the show returns.

Wendy Straker Hauser, the showrunner of The Bold Type, told TVLine that the series is committed to remaining culturally current, even if that means discussing “uncomfortable talks.” As a result, when the show returns on May 26, it is likely that modern workplace politics will play a role to some extent as well.

Read More:Bloodline Season 4: Is The Show Cancelled for Season 4?