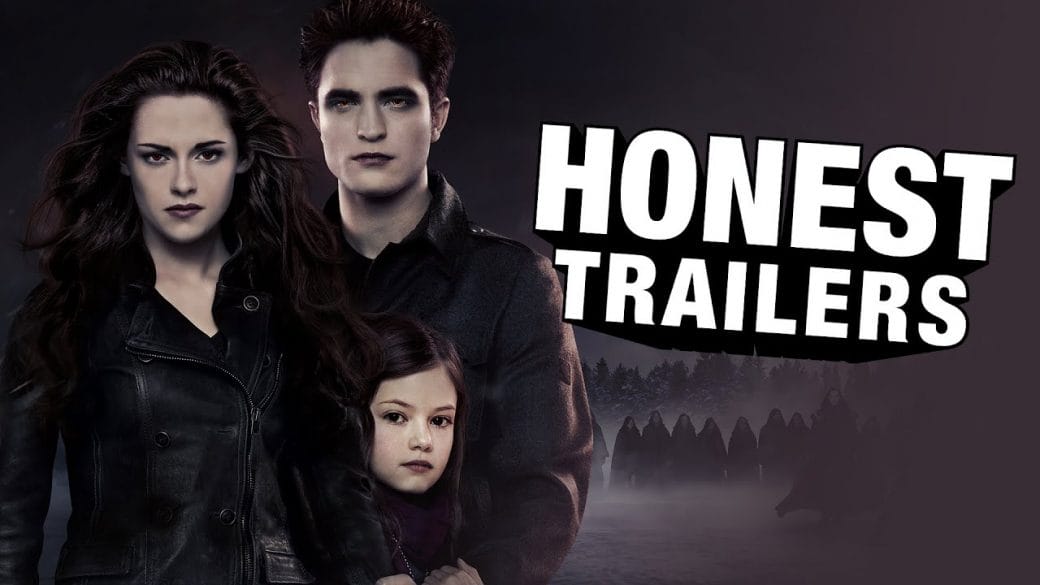 The Best Honest Trailers By ScreenJunkies

ScreenJunkies broke new ground in 2012 with the advent of their honest trailers. Amidst all the clutter on YouTube, this new format of brutally honest commentaries on popular films and nitpicking details peppered with hilarious jokes was a resounding success. With a new trailer coming out every Tuesday, almost 350 trailers have been released. So, here are our picks for the best honest trailers of all time:

Voiced by the original honest trailer narrator Gannon Nickell, this one easily takes the cake. It pulls zero punches and rightfully calls out the source material on its terrible writing. From poking fun at Kristen Stewart’s inability to emote to the creepiness of the romance between Edward and Bella, the trailer covers it all. Moreover, the stare montage and music is friggin’ hilarious!

Transformers: Revenge Of The Fallen

Guardians Of The Galaxy

This one is a personal favourite of mine. The trailer is relentless in how it pokes fun at the cult fan following Marvel has garnered, while also taking digs at the DC Universe. “What are you gonna do? Watch DC?”, cue GIF of Superman screaming. Acknowledging the film’s quirky tone and style, the trailer nevertheless also nitpicks the underdeveloped characterization of Ronan among other flaws. But at the same time, it’s rather rare to see Honest Trailers acknowledge a movie’s strengths!

These were my top picks for the best honest trailers of all time. And keeping in line with the theme of honest trailers, I’m gonna be honest too: this is a very short list because I’m just an underpaid intern trying to get my superiors to understand that cranking out articles for the sake of it is not a very bright idea.