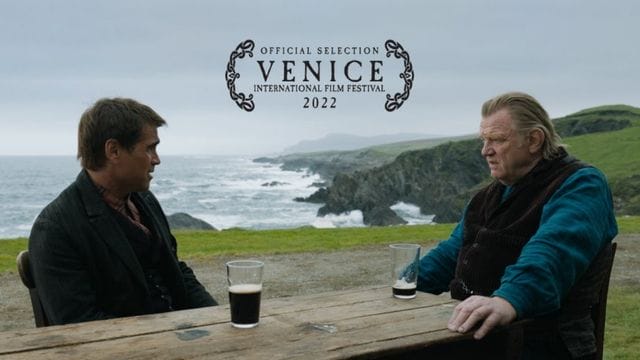 Well, breakups are difficult to digest and drive you crazy. This movie marks a reunion of Martin McDonagh, Colin Farrell and Brendan Gleeson after 14 years after their last collaboration for Burges in 2008.

The Banshees of Inisherin black comedy drama that revolves around a breakup but it is not a romantic kind of drama. It also follows lifelong friends Padraic and Colm whose friendship suddenly finishes for unknown reasons to Padraic. This sudden change in their relationship brings dire consequences for them and for other people related to them.

McDonagh is an acclaimed director and writer who is previously well known for making Seven Psychopaths and Three Billboards Outside Ebbing and also one short film named Six Shooter for which he won an academy award as Best Live Action Short Film.

The Banshees of Inisherin is the first movie in five years by an Irish Filmmaker. This is his first movie which is set in Irland. McDonagh writes and directs the film and he also serves as a producer of the movie along with Graham Broadbent and Peter Czernin. 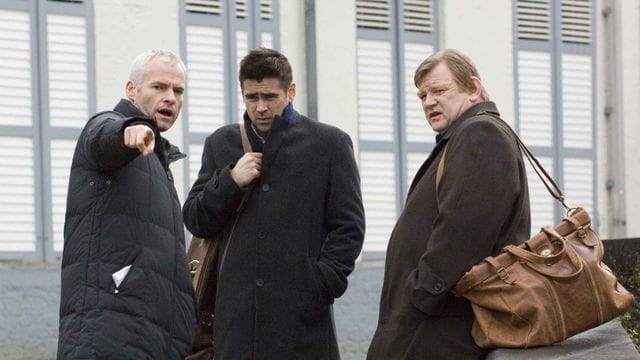 The Banshees of Inisherin consists of stars like Kerry Condon and Barry Keoghan. This new project is going to release in the fall of 2022. If you liked Psychopaths or Bruges then this movie is just for you and will definitely entertain you.

The film will be a potential contestant for the 2023 Oscar race. So here you will get to know everything about this The Banshees of Inisherin movie. Keep reading this article to get to know more.

What Will Be the Release Date of the Banshees of Inisherin?

The Banshees of Inisherin is all set to world premiere on 4th September 2022 at the Venice Film Festival. It will be followed by its North American premiere at the Toronto International Festival in a similar month.

The Banshees of Inisherin is exclusively scheduled to release in theatres in the United States on 21st October 2022. And the movie will be distributed by Searchlight Pictures.

Check Out the Trailer of the Banshees of Inisherin

Well, the trailer of The Banshees of Inisherin was released in August 2022 and it seems quite off the wall. The trailer directly opens with the conflict between Padraic and Colm who were known to be friends forever.

They have such an amazing friendship bond which is known by the entire town. The reason for such drastic change is not revealed yet and keeps the mystery in the plot of the film. But whatever it is, this change in their relationship seems to throw off Padraic as Colm keeps pushing him away.

The suspense will surely kill you because it will constantly ask you what exactly happened and unfortunately we will not get to know until we watch the movie. So let’s just hope that the wait is worth watching the movie.

The narrative of The Banshees of Inisherin is also quite interesting. Despite being a drama-comedy, there’s a constant air of suspense and thrill, which is only elevated by the mystical landscape of Ireland.

There is an underlying tone of humour and eccentric behaviours from the characters, including some aggressive moments.

The rest of the plot seems to be under wraps, but it surely looks dramatic, placed in the foreground of the volatile socio-political setting of the story, all of which looks beautifully balanced with the scenic setting of the Irish countryside.

What Will Be the Cast of the Banshees of Inisherin?

For sure Farrell and Gleeson will come back in this dark comedy-drama and here they played two hitmen and friends sent out to Belgium. The duo is recognised for their chemistry and on-screen dynamics which we can see again in The Banshees of Inisherin. 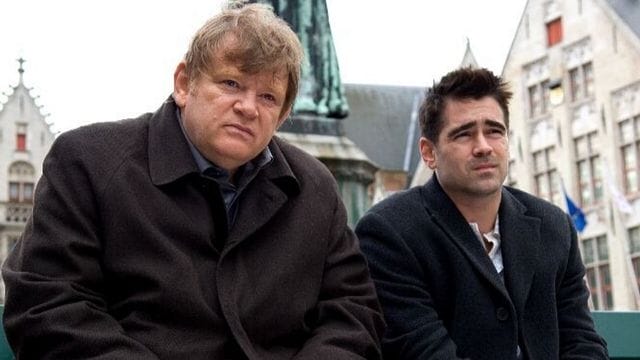 When Does the Filming for the Banshees of Inisherin Start?

The filming for The Banshees of Inisherin has been started in August 2021 and it was completed in October 2021. The filming of the movie took place in Inishmore and on Achill Island.

When the Banshees of Inisherin is Set?

The Banshees of Inisherin black comedy-drama is set in the middle of the Irish Civil War in 1923.

Read Also – Those Who Wish Me Dead: Everything We Know So Far About This Movie?

What is the Official Synopsis of the Banshees of Inisherin?

“Set on a remote island off the west coast of Ireland, THE BANSHEES OF INISHERIN follows lifelong friends Padraic (Colin Farrell) and Colm (Brendan Gleeson), who find themselves at an impasse when Colm unexpectedly puts an end to their friendship. A stunned Padraic, aided by his sister Siobhan (Kerry Condon) and troubled young islander Dominic (Barry Keoghan), endeavours to repair the relationship, refusing to take no for an answer. But Padraic’s repeated efforts only strengthen his former friend’s resolve and when Colm delivers a desperate ultimatum, events swiftly escalate, with shocking consequences.”

What is the Story of the Movie?

It is basically a breakup story but related to friendship. It is about a conflict between two men who have been friends for life. The goal is that you can technically never break up with your friend, you just get distant at some time.

Set in the fictitious island town of Inisherin, during the Irish Civil War, Colm and Padraic find themselves at an impasse when one morning Colm decides to end his friendship with Padraic.

Everyone in the town seems surprised, including Padraic’s sister. And Padraic does not take this well and continues to needle Colm for answers. This is only to get him more annoyed and get aggressive.

This desperation and the broken friendship lead to unexpected consequences, as Colm tries to move on and Padraic tries his best to salvage their relationship.

The Banshees of Inisherin is going to release on 21st October 2022. So get ready to watch this dark comedy drama. It is going to be a breakup movie of two best friends. So it is something you should never miss.

Philip Anschutz Net Worth: Biography, Early Life and Many More We Know About Him?