Trending News Buzz
Home Movies Why The Accountant 2 is Getting Delayed?

Back in May 2016, when the trailer of Ben Affleck’s The Accountant was dropped, no one thought how big it would be in terms of box-office.

The movie was neither based on a popular comic book nor it was a part of any series. When compared with an average action hollywood movie, The Accountant’s production cost was quite cheap.

Despite all these factors, the movie turned out to be a smashing hit at the global box office. Soon after this, the talks of its sequel started making the rounds.

Now, it’s almost 5 years since the release of The Accountant, nothing has materialized for its sequel. So, in this post, I’ll try to answer all your major concerns regarding the future of Ben Affleck’s action film. Let’s get started:

What Happened in The Accountant?

The Accountant is about Christian Wolff, a certified public accountant with high-functioning autism. He helps criminal and terrorist organizations around the world and acts as a secret informant for FinCEN, informing them about criminals when they fail to live up to his moral code.

Chris takes on a client called Living Robotics, when the CEO of that company Lamar Blackburn (John Lithgow) is informed about an embezzlement of over $61 million, from in-house accountant Dana Cummings (Anna Kendrick).

Things take a turn for the worse when Chris discovers that the CEO himself was the embezzler, and had also gotten his sister, Rita Blackburn (Jean Smart) killed. FinCEN is informed about Living Robotics via the Voice, an unidentified woman who was the thread of communication between Chris and his clients.

As Chris heads to the Lamar mansion, he is confronted by the hitman who had killed the CFO of Living Robotics. The fight between the two happens, during which Chris discovers that the hitman is actually his brother, Braxton (Jon Bernthal).

During this confrontation, Lamar Blackburn is shot dead by Chris. He agrees to meet Braxton in a week, saying that he will find him. As the film nears the end, it is revealed that the Voice is actually Justine, who had met Chris when he had come to Harbor Neuroscience with his father.

Ben Affleck on The Accountant 2

In an interview given in 2020, this is what Ben Affleck had to say on The Accountant 2, “We’ve talked about it. There seems to be a debate whether or not to do a TV series version of it. The scriptwriter [Bill Dubuque] has become quite successful and busy, so he’s off doing his thing.”

“And somebody said to me, ‘Well if we could find a script that we could retrofit and make into a sequel… But that’s sort of tricky because the personality of the character is so specific, that doesn’t really work to just say, ‘Well, we used call this script Action Movie Shootout, and now we’re going to call it The Accountant 2?”

“The main hurdle to that idea is that Affleck’s character in the film has a form of high functioning autism, and it would be unlikely that any script that might fit well for The Accountant otherwise, would have that sort of detail included.”

“This would mean the personality of the main character would need to be significantly rewritten, which might make the idea of using another script at all more trouble than its worth.”

“If not that, we could perhaps see The Accountant on television. Ben Affleck jokes that if that were to happen he might get some royalties out of the deal, which would imply that if the franchise does move to TV he won’t be going.”

What’s clear is that there is still interest in doing more with The Accountant, but what’s also clear is that we’re nowhere near seeing the trigger pulled on any of it. 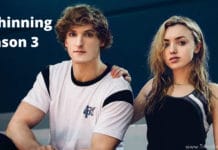 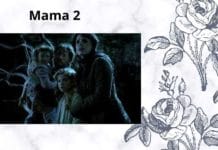