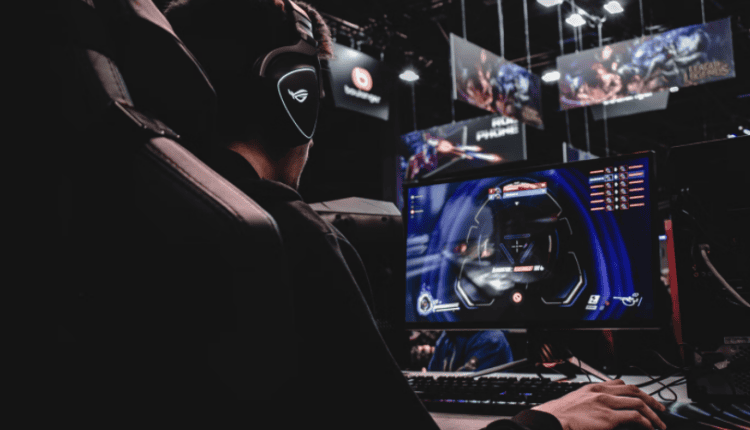 The growth of the eSports industry over the past decade has been truly phenomenal. Although organized eSports competitions actually date back to the mid-20th century, the development of the industry has been massively impacted by the rise of advanced gaming and internet technologies.

In 2022, eSports commands a global audience of over 465 million and new games are being launched with every passing year. There are certain games that truly dominate the landscape, however. Attracting the world’s best gamers with their history-making prizes, these are the games that rank among the biggest of all time.

In this article, we’re counting down the top five biggest eSports games according to tournament data collected by Esports Earnings.

In fifth place stands a mobile-only eSports game from China’s Tencent Games. Arena of Valor has been contested by 976 players across 97 international tournaments and its average monthly players outside of official tournament events stands at approximately 14.2 million.

As a multi-player game, Arena of Valor features a team-based 5 vs 5 battle-arena, making it one of the most-watched and most-played mobile eSports games. Although the rules of the game are easy to learn, it’s a famously difficult game to master – hence its popularity in the pro gaming sphere.

One of the 21st century’s original eSport games, the popularity of League of Legends is almost unsurpassed. Over 8,060 players have competed against each other in a total of 2,675 LoL tournaments – the most prestigious being the LoL World Championship.

A real-time strategy game, LoL is adored by gamers for its gameplay – two teams compete on a ‘classic’ multiplayer online battle arena (MOBA) map – as well as its vast array of characters, aka champions. The game was developed in 2009 by Riot Games, making it the oldest on this list. However, its popularity remains just as strong today with gamers of all levels all over the world.

A loud, brash and brawling upstart in the eSports scene, the OG Battle Royale shooter Fortnite is yet to lose any of its popularity within the eSports and gaming community. Fortnite’s cross-over appeal has even brought about radical shifts within the industry itself and, during its debut tournament, the game set a new record for the amount of prize money up for grabs.

Featured in 750 tournaments and played by a total of 4,931 gamers, Fortnite deserves its place as one of the GOAT eSports games. What sets it apart from other games of the battle royale genre is its versatile gaming modes: gamers can choose to ‘Save the World’, ‘Battle Royale’ or enter the ‘Creative’ sandbox mode.

This delightfully-difficult first-person shooter celebrates its 10th birthday this year. Currently, the second biggest eSports game of all time, CS: GO is enjoyed by a total of 14,749 players and counting – at least 10,000 of which are professional gamers. Since its release in 2012, it’s also been centre stage at 6,116 global tournaments.

While other FPS games come and go in the eSports scene, CS: GO stands firm in its ranking – no doubt due to its challenging nature and steep learning curve that keeps gamers invested. Additionally, CS: GO is played out using two different game scenarios, offering different missions to keep gamers interested.

Dota (Defence of the Ancients) 2

Valve’s second entry on this list, the current biggest eSports game of all time is Dota 2. While it may not attract as huge a playing field as CS: GO, with 4,213 players currently competing in 1,609 tournaments and events, it nevertheless takes the top spot for its jaw-drohahahapping prizes.

Like LoL, Dota 2 is played out over a MOBA map of 5 vs. 5. However, it stands out thanks to its appealing graphics and compelling, tactical gameplay. Gamers can choose to play over 110 different ‘heroes’, and with five different playable roles, it offers the most versatility of GOAT eSports games.

Dfinity and the Internet Computer Are Introducing Smart Contracts to Bitcoin