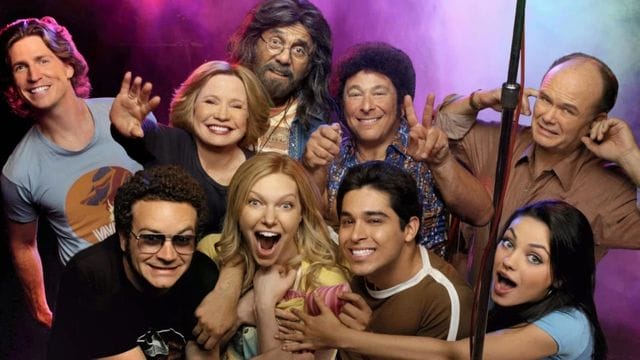 We have some exciting news for the fans of That 90’s Show cast. Netflix has recently announced plans to make a That 70’s Show’s spin off with a title That 90’s Show! In this article we are going to discuss in brief about cast, release date, plot and many more details regarding the show.

This is truly an amazing news for fans of the original sitcom which is starred with Topher Grace, Laura Prepon, Ashton Kutcher, Mila Kunis, Wilmer Valderrama and many more.

Unlike That 70’s Show, That 90’s Show is going to be a Netflix original series and so it is going to available to watch only on Netflix. 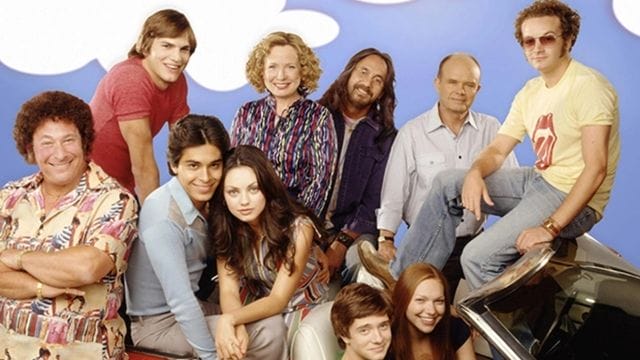 That 90’s Show is made by Bonnie Turner, Terry Turner, Gregg Mettler and Lindsay Turner. You may know that Terry and Bonnie as the co-makers of the original show. Now for the spinoff of the show their daughter Lindsay Turner has joined the team.

That 90’s Show, Gregg Mettler has signed as a show runner for the series.

We have discussed everything that we know about this show, so read out this entire article and get to know everything regarding the show.

The initial cast members which announced for the spinoff were Kurtwood Smith and Debra Jo Rupp who has played the role of Red and Kitty in That 70s Show. According to reports, they would reprise their roles as Red and Kitty this upcoming spinoff as well.

On 3rd February the actress who is going to play Eric and Donna’s Topher Grace and Laura Prepon daughter was announced along with five other teenager actors. 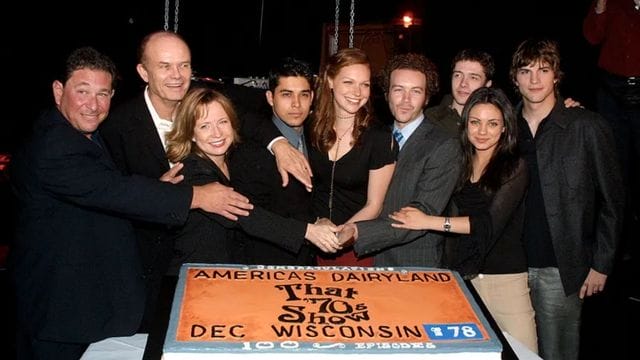 Then on 30th April, it was reported that most of the cast members from That 70’s Show will return back as special guest star in That 90’s Show.

Ashton Kutcher spoke in an interview about the decision he and his wife Mila Kunis made to return back in spinoff to reprise their roles. The actor said that it was nostalgic being back on set with cast and crew. And that they were happy to celebrate the show and characters which helped to launch their careers.

We truly can’t wait to see Kelso, Jackie and the all gang back together!

What is the Official Synopsis of That 90’s Show?

Netflix has shared the official synopsis of That 90’s Show and we have found it quite interesting. So please have a look on it –

Hello, Wisconsin! It’s 1995 and Leia Forman, daughter of Eric and Donna, is visiting her grandparents for the summer where she bonds with a new generation of Point Place kids under the watchful eye of Kitty and the stern glare of Red. Sex, drugs and rock ’n roll never dies, it just changes clothes.

Read Also – Who Is Finn Wolfhard Dating: Is There Something Secret Cooking Between Them?

Will Hyde Aka Danny Masterson Be in That 90’s Show?

Steven Hyde was a fan favourite character from the previous show but you should not expect him in the upcoming sequel series. This is because, the actor who played him Danny Masterson was arrested in 2020 and being charged with several accounts of sexual assault.

Fans of this TV show were really disappointed by hearing this news. He is currently waiting for trials which are set to take place in August.

In 2017, Netflix has cut all ties with Masterson when they fired him from The Ranch after this he was accused of sexual assault.

Well Trailer of That 90’s show is not available yet as the filming of the show is still in process. But you guys can enjoy the trailer of That 70’s Show below.

Does Filming of That 90’s Show Began?

Well, the filming of That 90’s Show is underway and we are excited. According to some reports, the production of the show is scheduled from February 2022.

That 90’s Show is reportedly being filmed in front of a live studio audience at Sunset Bronson Studios in Los Angeles, California.

On 29th July, show’s lead Callie Haverda announced via Instagram that the first season wrapped the filming. And the Leila Forman shared the pictures from the set along with a snap of the colourful collection of scripts from shooting the 10 episodes of season.