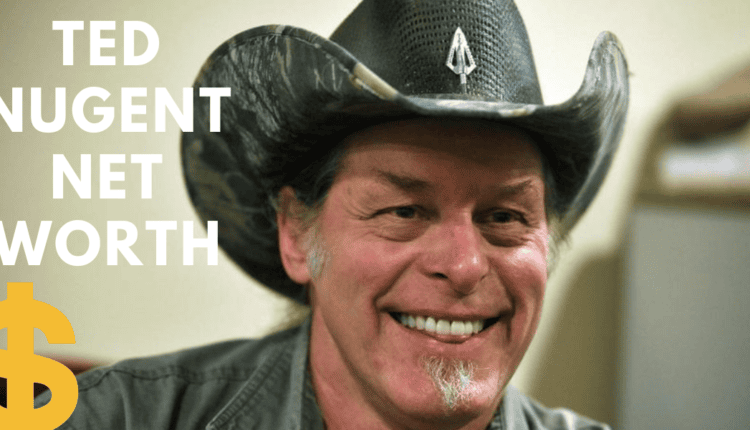 Ted Nugent Net Worth: What Is The Net Worth of Ted Nugent?

Rock singer Ted Nugent, who hails from the United States, has an estimated net worth of $10 million.

Nugent, also known as the “Motor City Madman,” is famous not only for his hard rock discography showcasing his distinctive guitar playing, but also for his outspoken political point of view, which includes a strong resistance to gun regulation.

Ted Nugent is a well-known musician and vocalist who is most known for his work with The Amboy Dukes as well as his solo work. 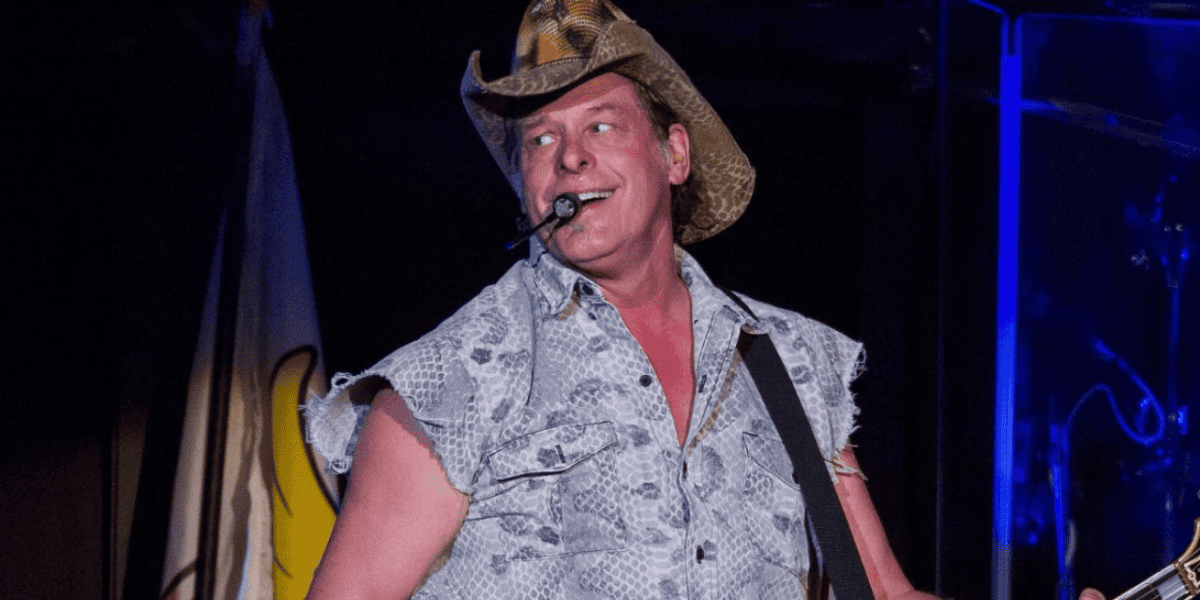 Born on the 13th of December in 1948 in the city of Redford, Michigan. He spent the most of his childhood in Detroit, although he completed his high school education in Illinois. The Nugents were a military family, although Ted himself never served in the military.

In many interviews, he has colourfully portrayed the lengths he took to escape being conscripted in the Vietnam War; however, he later claimed that these stories were manufactured for the sake of entertainment value.

When Nugent first came to public attention, he was the lead guitarist for a band known as The Amboy Dukes. Today, the band is renowned mostly for their hit “Journey to the Center of the Mind,” which, as you might be able to guess from the title, is a psychedelic-themed song about drug usage.

This stands in stark contrast to Nugent’s stance against drugs throughout the remainder of his career as a musician (he claimed later to have had no idea that the song was about drugs). Up until 1975, Nugent had a solo career while still actively participating in the band’s touring and recording activities with The Amboy Dukes.

It is well known that “Stranglehold,” “Cat Scratch Fever,” “Wango Tango,” and “Great White Buffalo” were all hits for Ted Nugent in the 1970s. These are the types of songs that are being played on classic rock radio stations all around the United States today.

Throughout the decade of the 1970s, Ted Nugent built a name for himself as an electric guitar virtuoso. As a result, records such as Double Live Gonzo! were highly regarded among enthusiasts of the instrument.

During the 1980s, Nugent continued to make albums under his own name, but towards the end of the decade, he became a member of the rock supergroup Damn Yankees alongside Jack Blades of Night Ranger and Tommy Shaw of Styx.

After that, in 1995, he went back to working on solo projects with the album Spirit of the Wild, which received some of the most positive reviews of his whole career. During this time, he was also in charge of overseeing the release of a number of historical recordings that were made when he was at the height of his abilities. These recordings helped ensure that he remained relevant up until the turn of the century.

In 2003, Nugent was the host of a VH1 reality television show called Surviving Nugent, in which city dwellers moved to Nugent’s Michigan ranch and had to survive such backwoods activities as building an outhouse and skinning a boar.

Spirit of the Wild is an outdoor television show named after one of Nugent’s own popular songs of the same name. Nugent has also starred in reality shows such as Spirit of the Wild. The popularity of the show led to the production of a miniseries in 2004 called Surviving Nugent: The Ted Commandments, which consisted of four episodes. 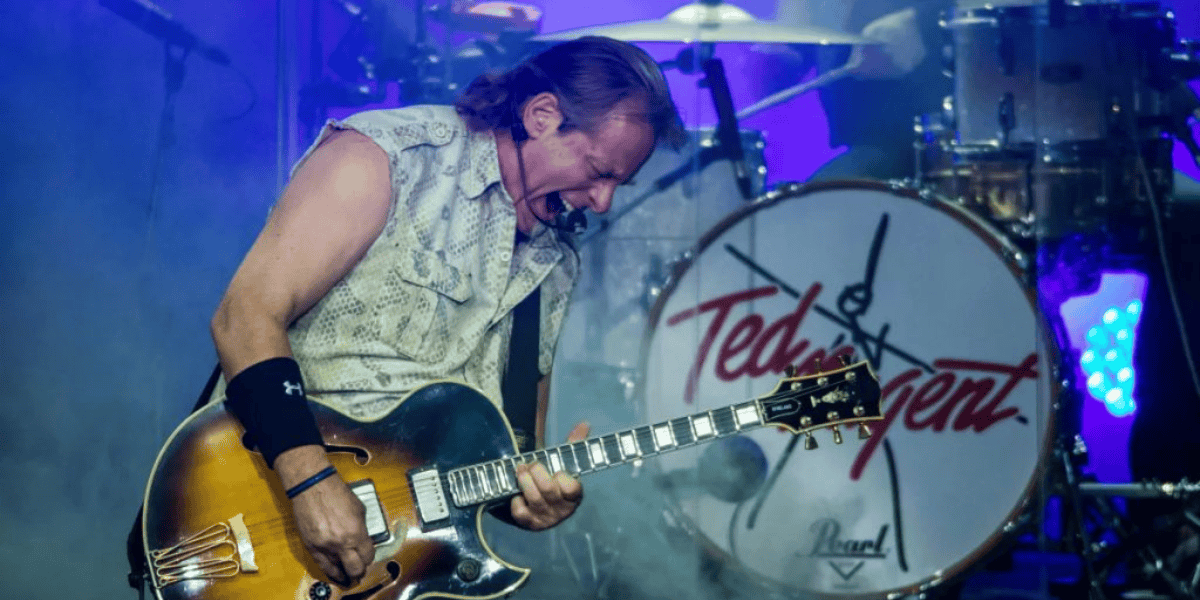 During the filming of this miniseries, Ted Nugent hurt himself while using a chainsaw, requiring 44 stitches and a leg brace. In 2003, Nugent made an appearance on the VH1 reality series Forever Wild, which was hosted by Sebastian Bach, a fellow rock musician. In 2005, he hosted the reality competition Wanted: Ted or Alive, in which competitors competed for the opportunity to go hunting with Ted Nugent.

The competition was yet another reality show. In 2006, he went back to VH1 for an episode of SuperGroup, which he appeared in with Bach, Scott Ian of Anthrax, Evan Seinfeld, bassist for Biohazard, and Jason Bonham, son of John Bonham, legendary drummer for Led Zeppelin. His most recent venture in the realm of reality television came in 2009, when Runnin’ Wild… From Ted Nugent was shown on Country Music Television.

During his time in the public spotlight, Nugent has also tried his hand at acting in movies and on television shows that are not reality shows. Way back in 1976, Nugent could be seen in the documentary Demon Lover Diary about the shooting of the horror film The Demon Lover giving the team with weaponry that would be utilised in the film’s production.

In 1986, he had a recurring role as a villain in an episode of Michael Mann’s popular police procedural series Miami Vice. The episode’s soundtrack also included a song performed by Nugent. It wasn’t until 2001 that he made his comeback to television with a guest appearance on the sitcom That ’70s Show, in which he portrayed himself.

He also voiced himself in the 2004 episode of the anime series Aqua Teen Hunger Force. The Simpsons, Seth MacFarlane’s Cavalcade of Cartoon Comedy, the music video for Nickelback’s “Rockstar,” and the film Beer for My Horses, which is based on the Toby Keith song of the same name all feature cameo appearances by Ted.

Author of various books, including “Blood Trails: The Truth About Bowhunting,” “God, Guns, & Rock ‘n’ Roll,” “Kill It & Grill It,” and “Ted, White, and Blue: The Nugent Manifesto,” among others, Ted Nugent has written a number of books.

Ted Nugent has been married twice and is the father of eight children between his two marriages. Nugent is hardly a novice when it comes to controversy. He is well known for his obscenity on stage as well as his vocal stance on the right to bear guns as well as hunting, and he continues to be relevant in many different venues.

He is a staunch supporter of the Republican Party in addition to serving on the board of directors for the National Rifle Association (NRA).

Because of his opinions on firearms and animal rights (or, from his perspective, the lack of rights), as well as the fact that he has indicated interest in running for politics, he has been subjected to criticism not just from his fellow artists but also from former admirers. Additionally, charges of sexual misconduct have been made against him, which he has categorically refuted.

At least two different real estate properties are associated with Ted Nugent. His primary residence is in the city of Concord, in the state of Michigan, where he was born and raised; the pool in his backyard is in the shape of a guitar. He also has a property in Waco, in the state of Texas.