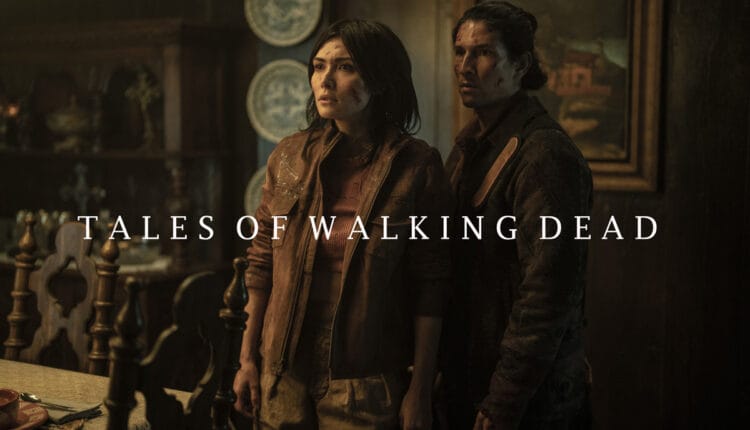 When we talk about horror shows, “The Walking Dead” is one of the popular thriller and horror shows that has been capturing the attention of people’s minds for a long time. It’s been more than a decade and The Walking Dead has successfully released 11 seasons. Inspired by Robert Kirkman’s popular horror comic novel series, AMC produced the show and brought it to their screen.

With the successful release of 11 seasons, the show is finally coming to an end. But it seems like the fans are not over with the mainstream show and want the series to continue releasing its season.

However, things have to come to an end but there are always new things for people to look for. Thankfully after The Walking Dead came to its conclusion, the creators announced that there will be a spin-off of the show.

Here is everything you need to learn about Tales of the Walking Dead. Continue reading this article and find out more details.

Tales of the Walking Dead Release Date: When is it going to Release? Tales of the Walking dead has officially announced to be premiering on AMC. Thankfully, it didn’t bother the creators to reveal the future of the show and continued reeling statement. Fans are mostly concerned regarding the release date and the officials have announced the exact release date.

Tales of the Walking Dead is officially premiering on August 14, 2022, at 9 p.m. ET on AMC. Also, people can watch the show on the channel or rather choose AMC+ to stream it online.

Tales of the Walking Dead Cast: Who will be back?

Fans are going to meet some known faces from the other movies and shows. Also, it has been revealed that the spin-off is going to feature different characters in different episodes.

Tales of the Walking Dead Plot: What can we Expect? The official plot of the show is already announced. The synopsis reads, “Tales of the Walking Dead” consists of six original one-hour standalone episodes focused on both new and established characters within the walker apocalypse. Each episode has its distinct tone and point of view — but the stakes are high in each story, pushing new, indelible characters with relentless, life-threatening choices and situations. We get to see the apocalypse through different eyes, discovering more worlds, mythos, and mysteries of the “Walking Dead.”

As the show is inspired by “The Walking dead”, it is highly likely that the series features the same events and follows a similar theme.

Moreover, The teaser has already revealed some of the major insights which are enough for the fans to understand everything regarding the show. Tales of the Walking Dead’s teaser will give you an idea of what could happen in the show.

The Walking Dead is one of the most popular thriller shows that has ever been released. The popularity of the show is enough by watching the successful run of the 11 seasons. While everyone is waiting for the show to renew its season, the creators are rather busy in the production of the spin-off. Tales of the Walking Dead is an upcoming teaser that is scheduled to release on August 14, 2022.

Like this article? Share this with your friends who love horror shows and let them know about this series. Follow Trendingnewsbuzz and get all the latest updates about the upcoming event in the entertainment world,