Taika Waititi is currently riding high on success. After breathing new life into Thor with 2017’s Thor: Ragnarok, the director went on to make Jojo Rabbit which won him the Oscar for Best Screenplay. The Kiwi director will also be directing Thor: Love And Thunder, the fourth instalment starring the God of Thunder. Having helmed the finale of The Mandalorian’s first season, Waititi will be getting his own Star Wars film too. All that is indeed well-deserved.

The future of Star Wars is currently in flux after the disappointment of The Rise Of Skywalker. Following JJ Abrams and Rian Johnson’s back-and-forth approach to the sequel trilogy; I’m much looking forward to Waititi and Krysty Wilson-Cairns’ take on the Star Wars universe. Waititi’s irreverent approach to making films and the ability to deliver on zany worlds with heartfelt stories is the absolute right choice for the future of Star Wars. Not to mention that he already has experience directing a Star Wars property.

Also Read: Ryan Reynolds, Who Portrays The Merc With A Mouth, Is Expected To Return To Reprise The Role In Deadpool 3! 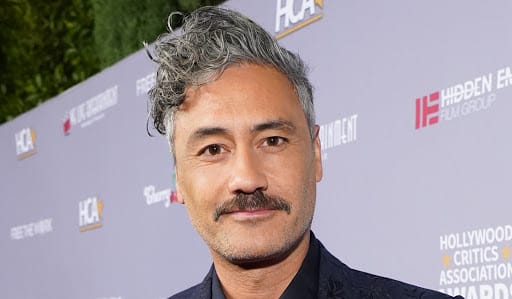 What Is Waititi’s Favorite Line?

As such, Waititi recently shared his favourite film dialogue with his fans:

My favorite of all of the lines, definitely in that film, is when he’s trying to get the ship out of the swamp, and he can’t do it. And Yoda brings the ship all the way out, floats it over, and then puts it down, and Luke says ‘I don’t believe it.’ and Yoda says ’that’s why you fail.’ It’s so good.

This line from The Empire Strikes Back is classic Star Wars. The master-apprentice relationship shared by Luke and Yoda highlights some of the best character-building moments in all of Star Wars history. With all the negativity surrounding the franchise right now, I’m really hoping to see a fresh take on the series. And Waititi is absolutely the right man for the job. Boy, I hope he does KOTOR!
celebsdirectorsjojo rabbittaika waititiThe Mandalorian