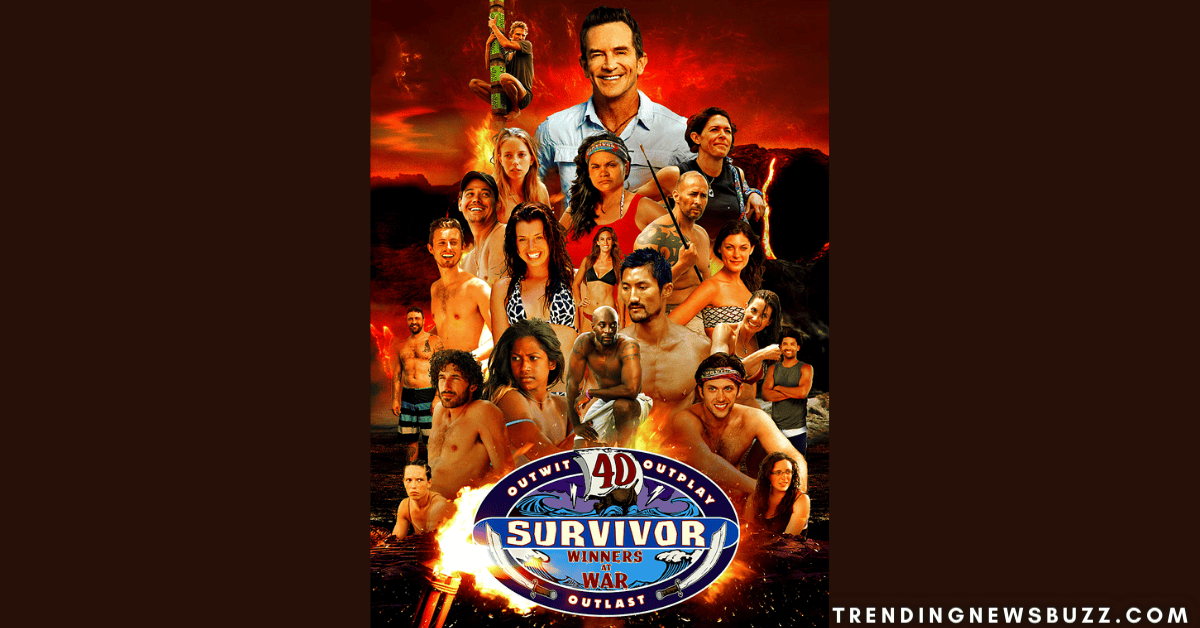 Winners compete on to the end, but only one is named Sole Survivor and receives the $2 million prize; castaways dig deep for a chance to return to the game.

That’s the Survivor spirit! You want more? Then stay up with us for here is a lot you need to know about the Survivor Season 40. 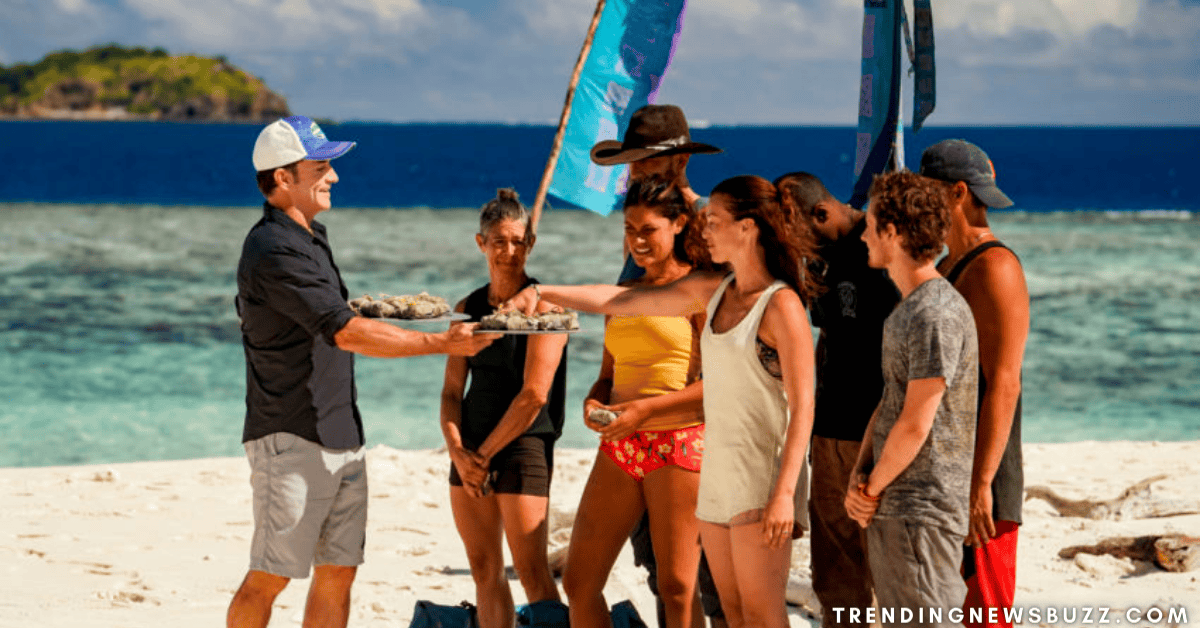 Survivor is the American adaptation of the international Survivor reality competition television franchise, which is based on Charlie Parsons’ Swedish television series Expedition Robinson, which debuted in 1997. On May 31, 2000, CBS broadcasted the first episode of the American series. It is hosted by television star Jeff Probst, who also serves as an executive producer alongside Mark Burnett and Parsons, the show’s originator.

The American adaptation has been a huge hit. Its first eleven seasons (competitions) ranked among the top 10 most-watched series on television from 2000–01 to 2005–06. It is often regarded as the pioneer of American reality television because it was the first highly-rated and profitable reality show to air on broadcast television in the United States, and it is widely regarded as one of the best shows of the 2000s (decade).

What Is The Survivor Reality Series Based On?

The television show sets a group of strangers in a remote location where they must fend for themselves by providing food, fire, and shelter. For rewards and immunity from elimination, the contestants participate in activities that test their physical abilities, such as running and swimming, as well as their mental abilities, such as puzzles and endurance trials.

The participants are gradually eliminated from the game as their fellow contestants vote them out until only one remains, who is dubbed “Sole Survivor” and granted the ultimate prize of US$1,000,000 ($2,000,000 in Winners at War).

What Is The Plot of Survivor Season 40? 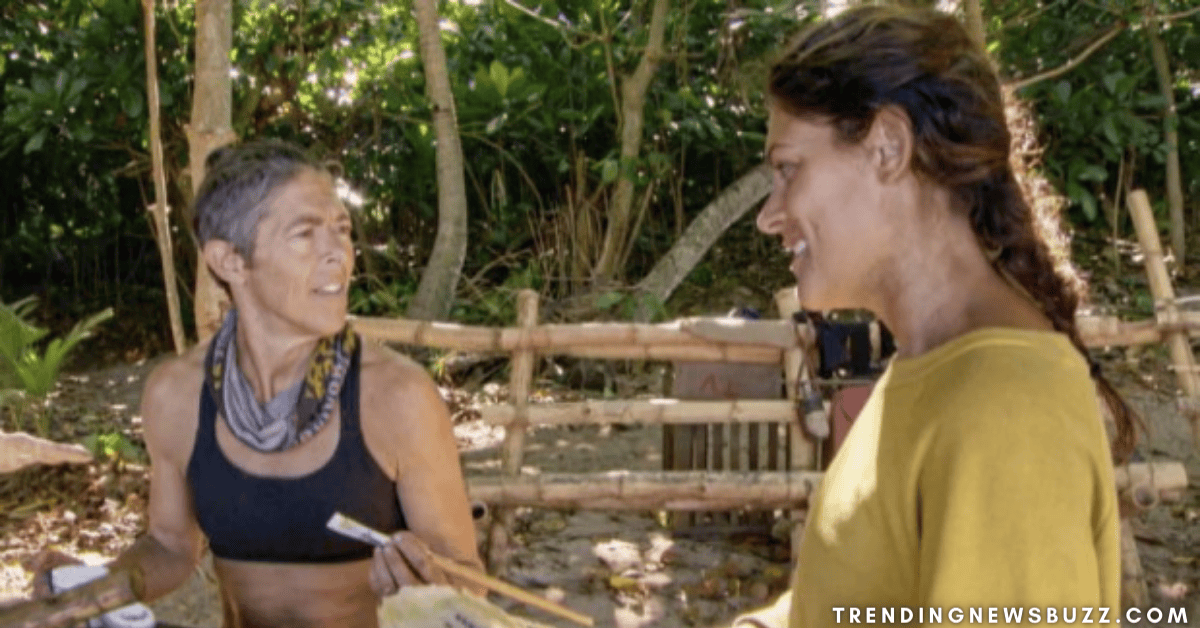 Twenty previous winners were split into two ten-member tribes: Sele and Dakal. Players with strong outside ties, such as Natalie (associated with Jeremy) and Amber, were targeted first (married to Rob). Early on, the “old-school” competitors struggled; despite a tribe shift, every winner from the first half of Survivor’s history was removed before the merge.

They were all dispatched to the Edge of Extinction to engage in challenges for the chance to win fire tokens and sell benefits to remaining players. Sandra was the only one who raised the white flag and refused to stay on the Edge in exchange for a chance to earn her way back into the game.

What Are The Awards And Nominations For Survivor Reality Series?

The series has been nominated for multiple Emmy Awards, including Outstanding Sound Mixing in 2001, Outstanding Special Class Program in 2002, and Outstanding Reality-Competition Program four times when the category was added in 2003.

Since the award’s inception in 2008, Probst has won it four times in a row for Outstanding Host for a Reality or Reality-Competition Program. The series was named to Time magazine’s list of the 100 greatest television shows of all time in 2007. It was placed #39 on TV Guide’s “60 Best Series of All Time” list in 2013.

Who Is In The Casted Contestants of Survivor Season 40?

How Much Did Natalie Win On Survivor Season 40? 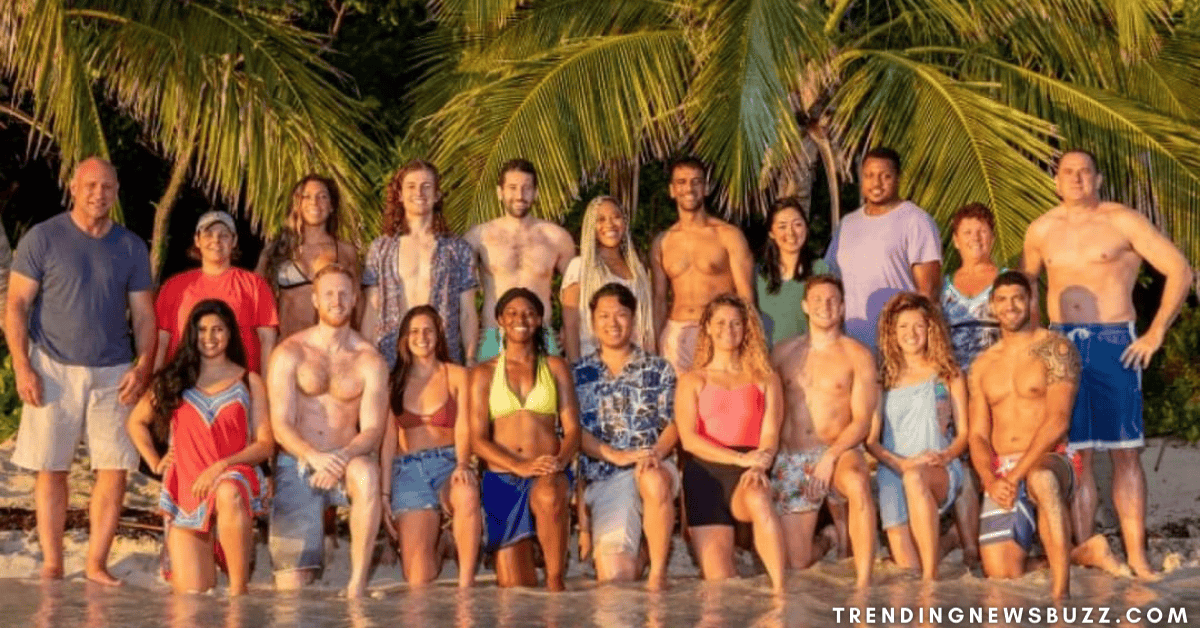 On Survivor: San Juan del Sur, Natalie and Nadiya competed as participants. The twins appeared in a season with a Blood vs. Water theme, in which nine pairs of loved ones were pitted against one another. The season’s theme was pairs of loved ones competing against each other on opposite tribes, therefore Natalie was assigned to the Hunahpu tribe and Nadiya to the Coyopa tribe.

The first contender to be eliminated from the competition was Nadiya. Natalie stayed in the game after the Huyopa tribe was merged, winning three reward challenges, one individual immunity, and was banished to Exile Island twice. Natalie ultimately made it into the Final Three and was voted by the jury in a 5–2–1 vote as the Sole Survivor, winning the season’s $1,000,000 grand prize.

Why Is Cochran Not On Survivor Season 40?

Jeff Probst stated that he did not believe it would succeed. “We can’t be winners,” he remarked. I would never recommend it as a producer. It is not, in my opinion, a good concept.

He comments, “We have ten terrific winners who you’d like to see play again.” “There aren’t 20 of us.” We don’t have any 18-year-olds. Some of the champions have expressed an unwillingness to play again. ‘No, we’re done,’ say some of the greats.

“CBS wants to do it,” Probst added. They’re constantly pitching me. ‘I’ll sit down with you and show you the list!’ I say. It isn’t available to us. And if I sat down with you and we wasted our time going over all of our winners, you’d say, ‘Oh, you’re right.’ There isn’t a season for you.’ We have a tribe of victorious people, that’s it!

How Much Did Survivor Season 40 Contestants Get Paid?

Whoever wins the forthcoming will be the first person to win the show’s first-ever $2 million prize. However, he or she will not be the only one receiving a significant pay raise for appearing in season 40.

Every contestant that enters the island (and the finale/reunion stage) is guaranteed at least $35,000 in prize money.

While Survivor’s prize money ranges from $2,500 for the first person voted off to $1 million for the winner (with second place earning $100,000), EW has learnt that not only will the winner receive double the reward, but each of the contestants on Winners At War has been guaranteed at least $25,000.

They will also receive $10,000 for appearing at the finale/reunion programme, as is customary. That means the first person voted off Winners at War will win a total of $35,000 unless he or she returns via the Edge of Extinction twist, which might result in even more money.

Where Can I Watch The Survivor Season 40? 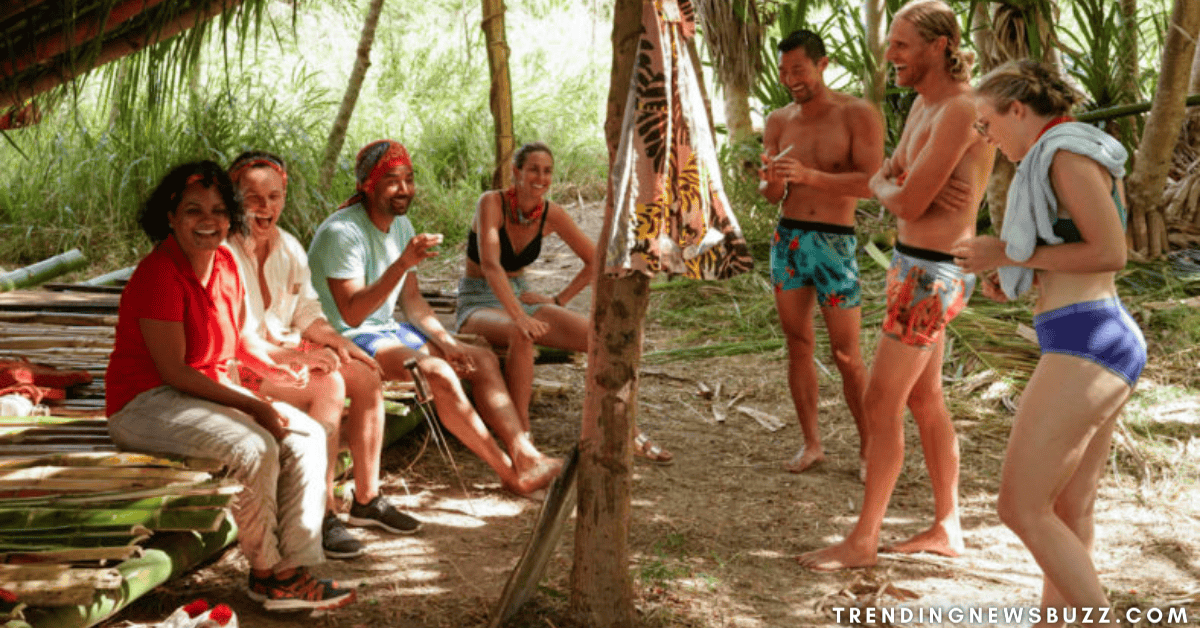 “Survivor – Season 40” is currently available to view on Paramount Plus, Paramount+ Amazon Channel, or to purchase as a download on Apple iTunes, Google Play Movies, Vudu, and Amazon Prime Video.

Is The Survivor Reality Series Good To Watch?

The first season was extremely addictive and enjoyable. It took a while to figure it out, but as one of the players quickly discovered, this is essentially a straightforward game show. Everything else is only set decoration. However, it is one of the most unique game shows ever.

The fact that the contestants were still learning how to play the game was the best part of the first few shows. The contestants have developed strategies throughout the years, and the game has become monotonous. No matter how many tweaks are made to the game, the uniqueness shock has worn off. This show, however, will always have a place in television history. It was the beginning of a brand new genre, which doesn’t happen very often.

This is where reality TV shows got their start. And that it was unique in that you had no idea what to anticipate. As young as sixteen, eighteen or twenty castaways find themselves stuck on a barren island. And these strangers will have to learn to work together and put their intellect and brawn to the test. If they lose, they may be voted out. Borneo was the first to be discovered.

Australia, Pearl Island, All-Stars, Paulu, and Guatemala were the best. Vanuatu, Fiji, and Thailand were the worst due to unlikable cast members. Host Jeff Probst (Access Hollywood) is a natural in front of the camera. Being a buddy, as well as a “drill sergeant, moderator, and big brother” in one. Since 2000, there have been nineteen seasons, with two seasons every year. And it’s still going strong, albeit not as much as it used to be. But it’s still going strong, consistently landing in the top ten of TV ratings year after year!

Also read: The Girlfriend Experience Season 3 Is For Your Prime Watchlist! 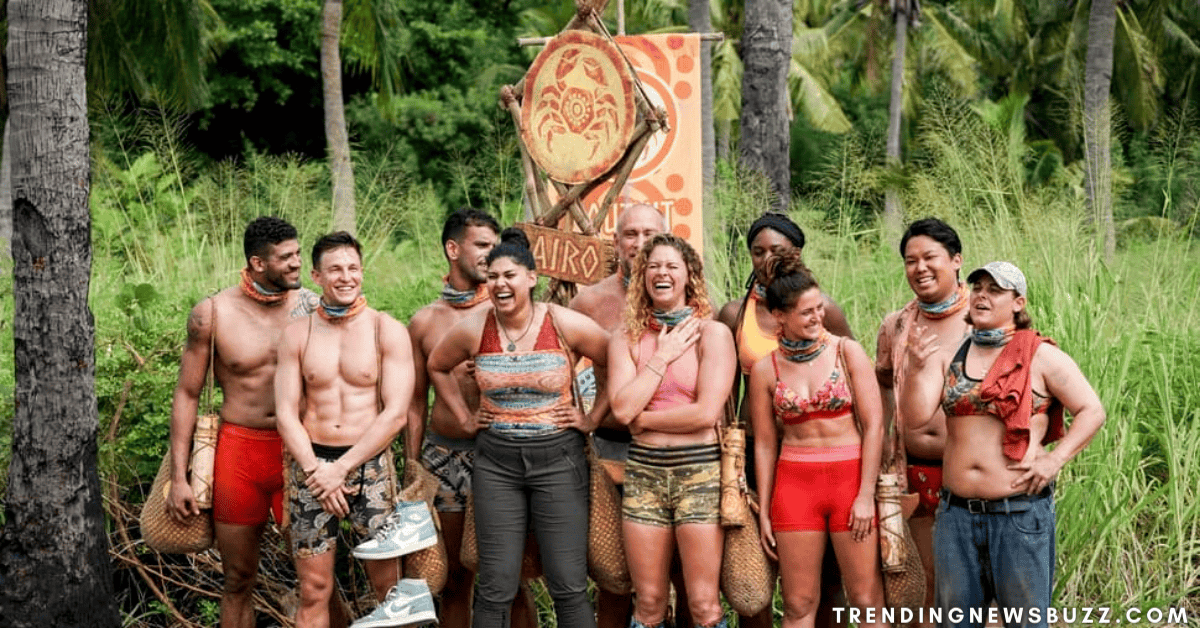 Survivors Season 40 has got a lot more to be explored. And soon we will come up with something more about it and other entertainment! Until then stay up with us.