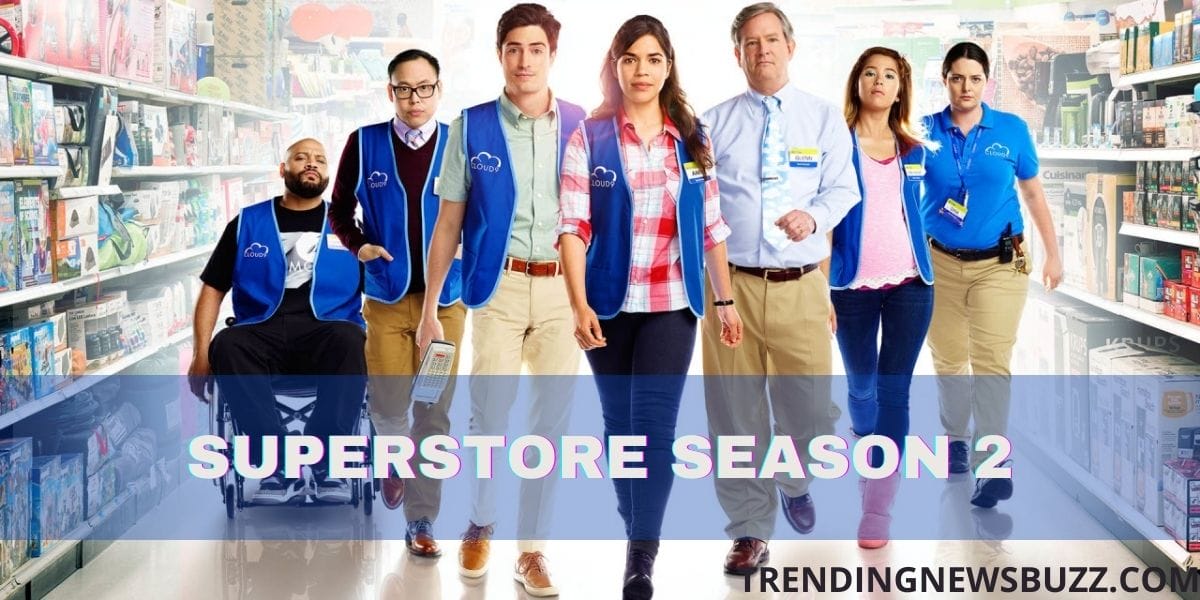 If you had a blast watching Superstore Season 2 then this is the perfect place for you to know more about the series. Even if you have not watched it yet, then after reading this article you will definitely not be able to wait to binge watch the series! 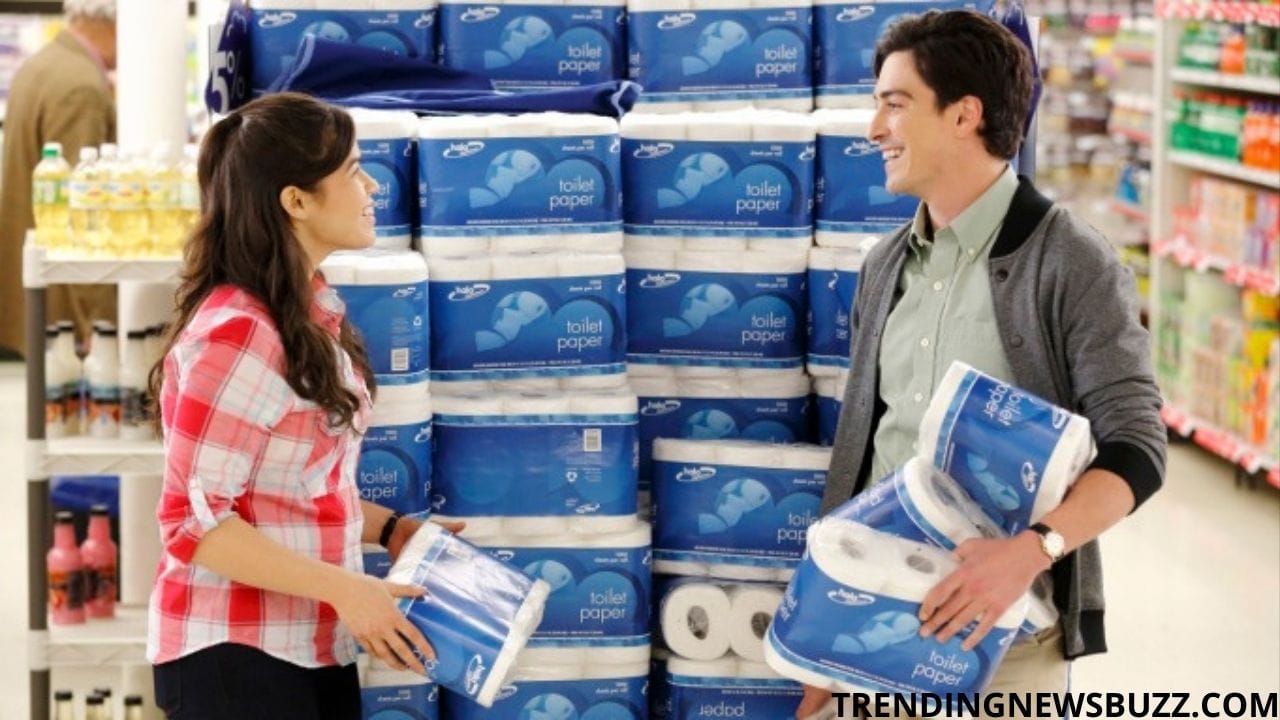 Superstore has been a bit underrated though, but it is an absolute blockbuster! It has a whole lot of six seasons to treat you with six doses of laughter. So are you ready to board because we have got you what’s brewing for Superstore Season 2!

What Is Superstore Season 2 About?

The American television series Superstore Season 2 features a group of employees who work at Cloud 9 store. One of the employees at the store named Amy gets a chance to meet her childhood idol and the actions that follow next are a total outburst of laughter.

We have Glenn, who struggles hard to maintain a balance of his extra patriotism in his daily life. While Dina is on a mission to make arrangements for a memorable closing ceremony, Jonah discovers a secret news about what happened in Mateo’s past. 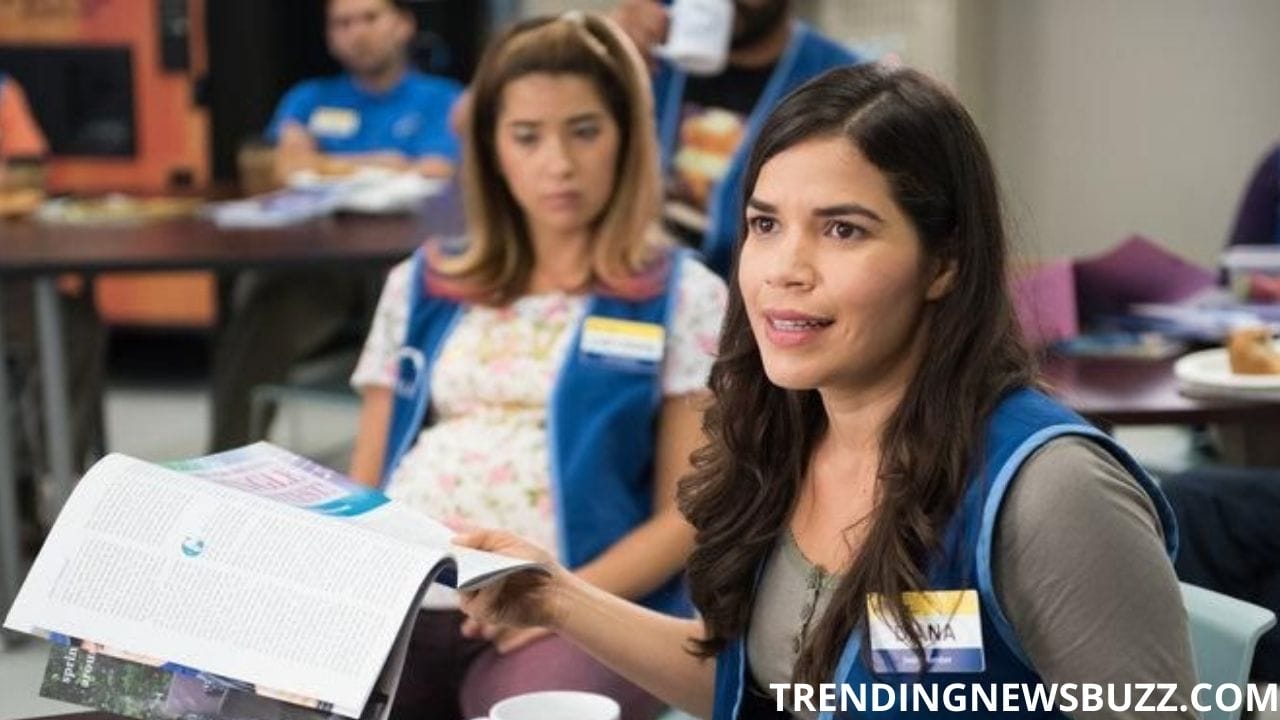 All of this drama is situated in a hilarious workplace that leaves no stones unturned to make you laugh. What is better than laughing out loud watching Superstore season 2 and leaving behind all our worries of daily activities, isn’t it? It is surely refreshing!

If you also love Sci-fi thrillers, then read Exclusive- Dark Season 4 Is Coming Your Way!

How Many Episodes Are There In Superstore Season 2?

Initially it was announced by NBC that Superstore Season 2 would have 13 episodes in total, but on 21st September, 2016, NBC ordered for 9 additional episodes making it a total of 22 episodes.

Among all the episodes of Superstore Season 2, episode 1- Olympics has received the most number of appreciations from the audience with 9.67 million total viewers. This is specifically because of the special ingredient that the makers have put in. Read on to know!

If you are searching for something old school, then this is for you Boogie Nights(1997)- Film Reviews | Cast | Awards and Many More

Superstore Season 2 Episode 1 was predominantly a later addition to the script. This was done as a promotion scheme because it was the time for the 2016 Summer Olympics in Rio De Janeiro. This Olympic-themed episode is where the character Amy accomplishes her childhood fascination of meeting her idol.The episode included guest appearances of real-life Olympic medalists- Tara Lipinski, McKayla Maroney and Apolo Ohno.

Who Are The Cast Members Of Superstore Season 2?

From the producer of “The Office” Superstore Season 2 assembles an amazing cast. Here’s the list for you: 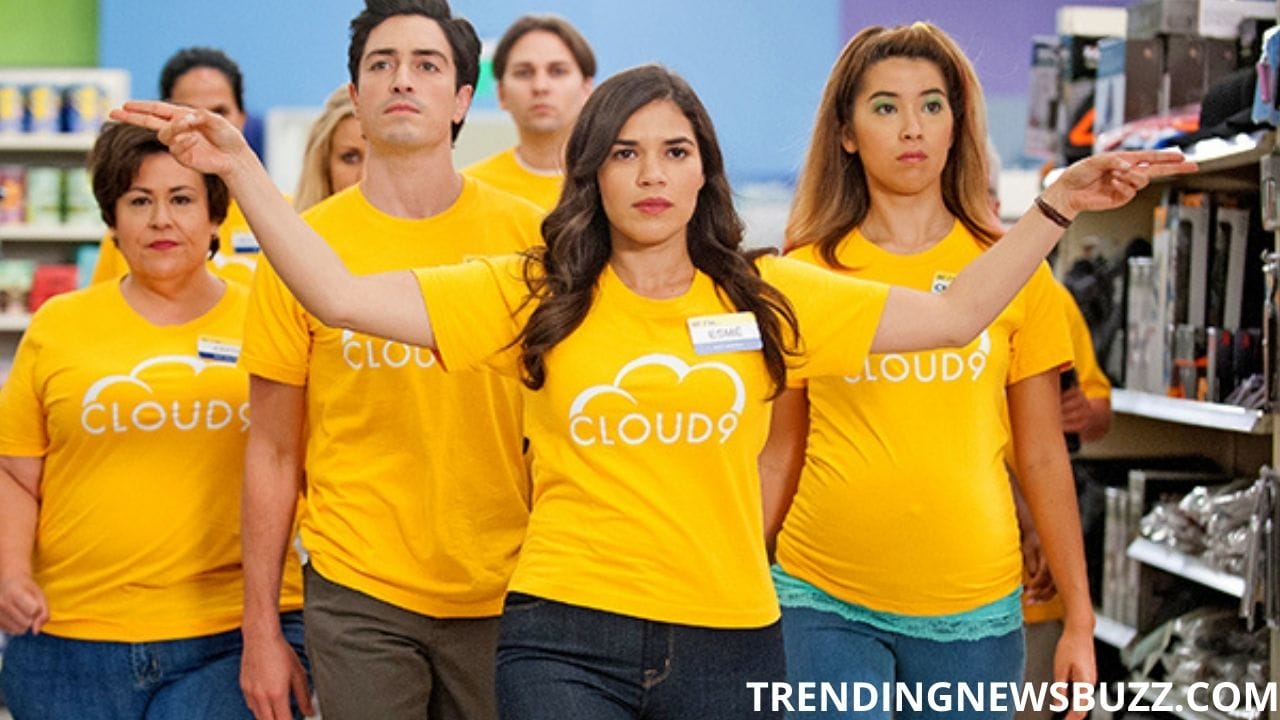 On the 3rd of August, 2016, it was confirmed that Michael Bunin would be appearing as a new character in Season 2 for the role of ‘Jeff’ a district manager in Cloud 9.

Don’t miss Are The Multiverse Heroes Coming Together In The Avengers Forever? if you are a Marvel fan.

Where Was Superstore Season 2 Premiered?

The second season of the television series was aired episode wise on NBC in the year 2016-17. NBC chose the primetime slot of 8 p.m. every Thursday to air the show. The first episode of this season premiered on the 22nd september, 2016 and the last episode on 4th May, 2017. 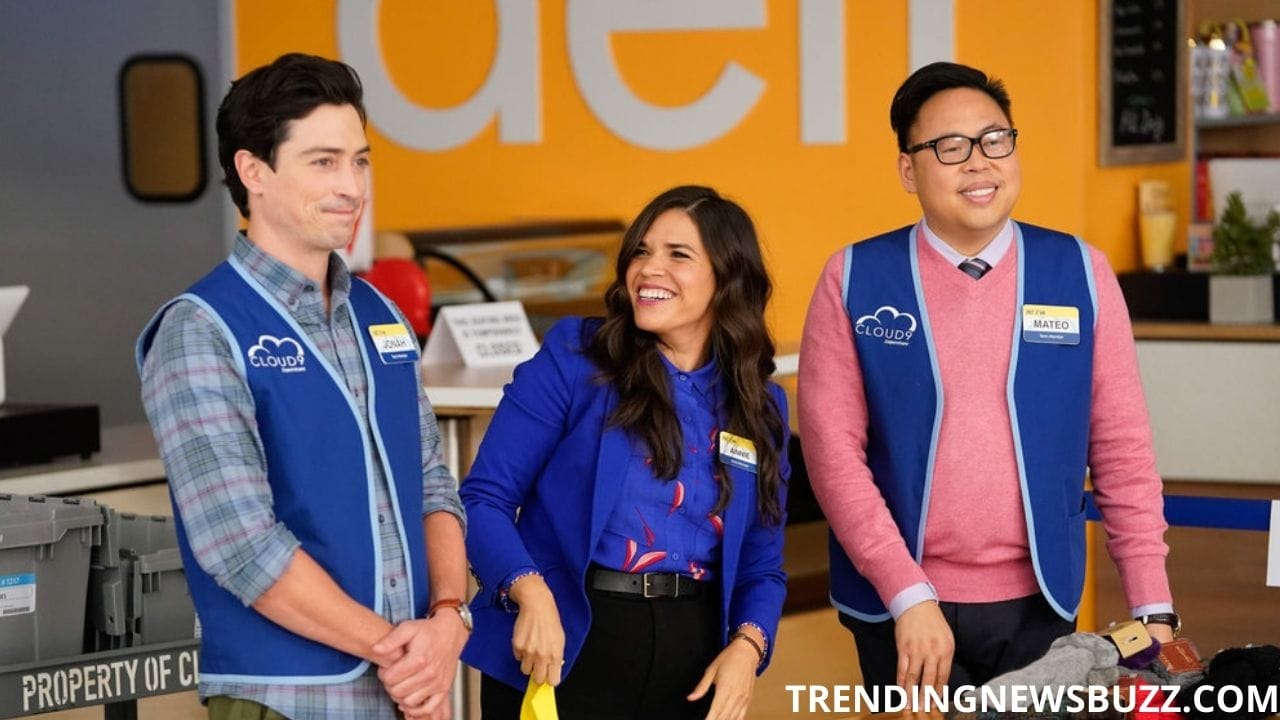 If you missed the original release there is nothing to worry about. You can still watch Superstore Season 2 and of course all the other seasons of the series on your favourite streaming platform Netflix.

What Are The Reviews of Superstore Season 2?

With a rating of 7 out of 10, the second season of the comedy series Superstore received great acclaim from both the audience and the critics. We have identified the review section into critical and audience opinions only for you. Now, what’s better than reading the audience reviews for a show!

Wan’t to know about Crypto, then Сryptocurrency Exchanges Ranking on Alligat0r is for you.

The audience reviewed Superstore Season 2 to be a mind-blowing humorous show with a great assemblance of cast. They consider it very funny because they can’t control their laughter in the course of the series. Some even consider it better than the first season with terrific acting of the cast.

While a small part of the audience regard Superstore Season 2 as a duplicate of “The Office” with a cheap humorous setting. 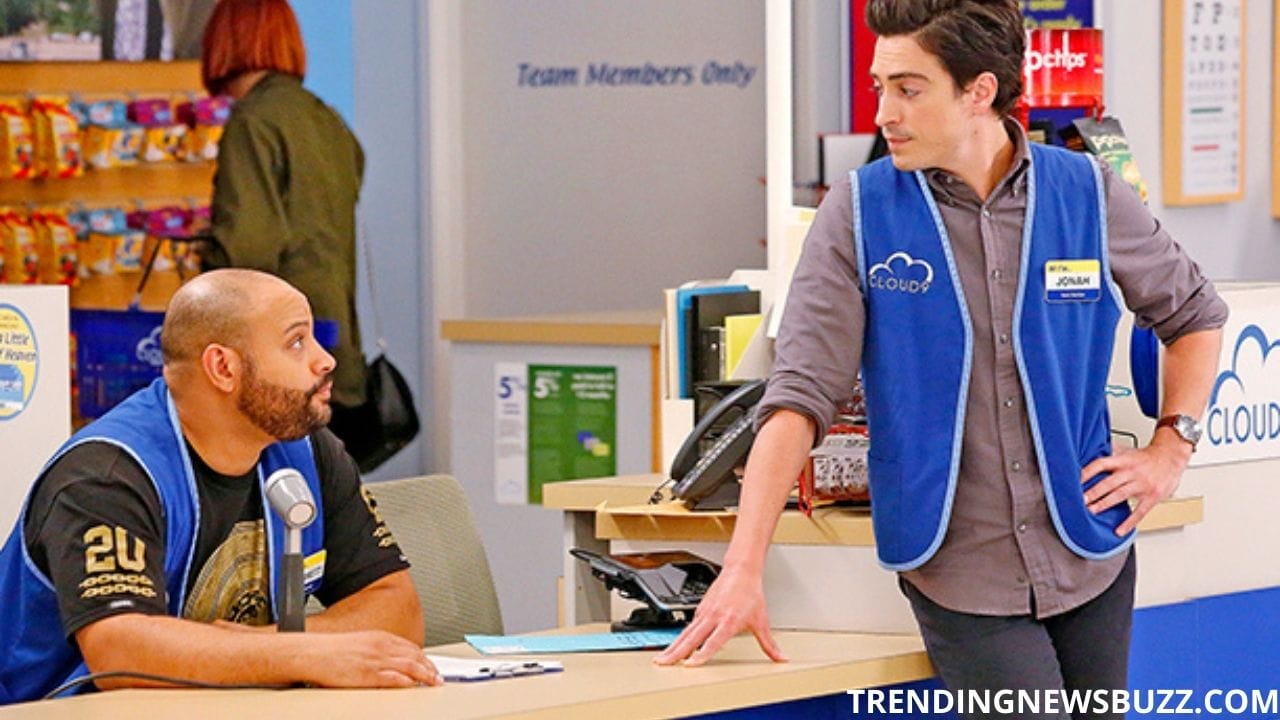 Critics stated that Superstore Season 2 beautifully presents the most optimistic vision of American lifestyle and no other show portrays it better. They believe that the understanding of constancy is the central idea that makes the show a superhit.

On the other hand, some critics reviewed Superstore Season 2 to be a non-innovative comedy series that lacks better words.

Superstore Season 2 is definitely a hilarious workplace comedy revolving around the unequaled employees of the mega-store Cloud 9 that particularly shows off its bright and funny comic scenes to the audience.

That’s all for now dear readers. Till then you can share about your most favourite scene from Superstore Season 2 and your views about it in the comments section below.