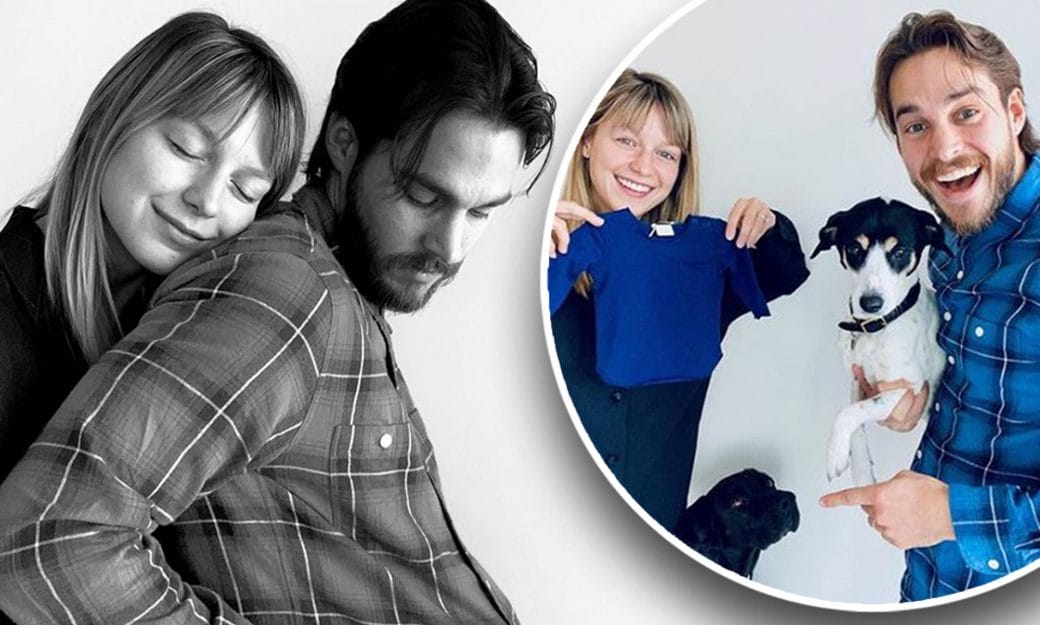 Supergirl Melissa Benoist is having a double celebration! Not only did she just celebrate 100 episodes of her show, but she is also going to be a mother. Here is everything you need to know about Melissa Benoist and Chris Wood’s story 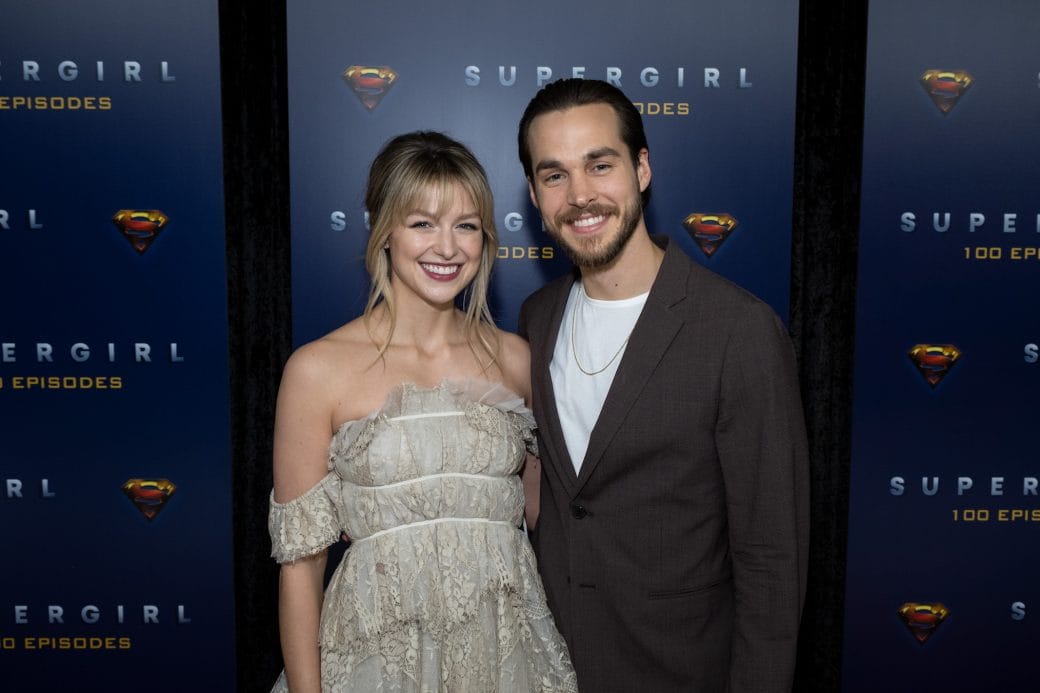 Melissa Benoist and Chris Wood met on the set of Supergirl. While she plays the Supergirl herself, Wood portrays the character of Mon-El. They share a connection on-screen and are romantically involved on the show. However, they cannot make it work on screen.

But they made it work in real life. The couple made their relationship public in 2017. After that, in early 2019 the news of their engagement came, and by September 2019, they got married. Now, as a happily married totally relationship goals worthy couple, they are starting a family.

The happy news comes from Melissa Benoist’s Instagram. She shared a picture featuring Wood, herself and their dog. In the picture, Wood is holding their dog while Melissa holds up a small blue t-shirt, indicating that they are going to be a family.

The caption of the post is very sweet. Melissa writes that there is soon going to be a non-canine addition to their family. She also tags Chris Wood, saying he has always been an old dad by nature but will be an actual one now. Chris Wood also posted a different picture where Benoist is holding him from behind, and he looks pregnant, probably stuffed his shirt.

The caption also reads that the picture is a joke, but, the news is real followed by a baby emoji and a baby bottle emoji.

Their pregnancy announcement is sending their fans in a frenzy and thousands of people are congratulating them on social media.

Along with her pregnancy, Melissa Benoist also has another milestone to celebrate. Her show Supergirl just finished shooting its hundredth episode. It has been 5 years since the show’s first season came out.

Melissa celebrates this milestone via Instagram again. She has posted a picture with her in her Supergirl costume. She is posing at the Supergirl Season 1 Pilot production set.

The caption of the post brings out Melissa’s nostalgia. She recounts her shooting for the first-ever episode of Supergirl five years ago. She describes the photo to be of a baby who did not know the ride she was about to take.

2020 is going to be a special year for Melissa and Chris and we are here with them every step of the way.

The new season of the Supergirl Series i.e Season 6 has been officially announced. But the filming was put on halt in lieu of the pandemic.

Recently a poster of the new season was released which had beloved hero Nia Nai( Dreamer) standing at the center ready to fight evil! And hopefully Super Girls Season 6 will be released in 2021.

Till then all we have to do is wait!