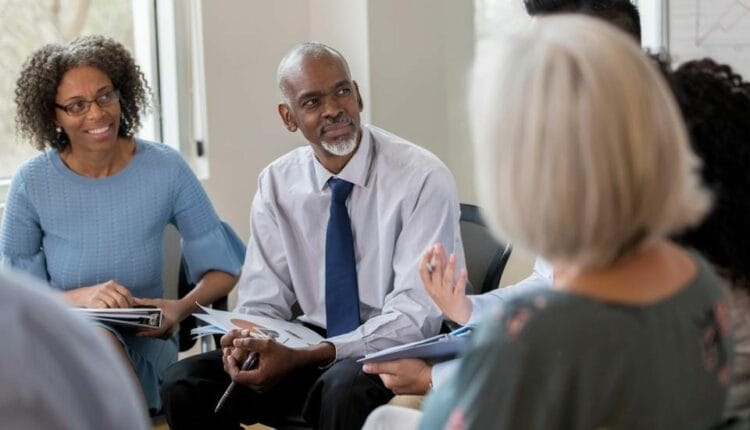 Since the 21st century, population aging has become a trend. Among them, the aging of the labor force has a more profound impact, which is one of the difficult problems troubling the world. This is not just a problem faced by developed countries. The aging trend is deepening in many developing countries as well. So, how old is the developed world? In the United States, 10,000 baby boomers turn 65 every day, and the change will continue until 2030.

Europe also has a serious aging problem. According to data from the European Labour Force Survey, workers over the age of 55 now make up 16% of the total workforce in the European Union. For every 10 Generation Z members, there are 12 people aged 65 or older in the EU.

The aging of the labor force is directly affected by the aging of the population. While the natural mortality rate has remained stable, fertility and the desire to have children have continued to decline, which has led to a decline in the working population. Many companies have to hold on to more experienced workers, not only because older workers can still create value, but also because a new generation of young people cannot fill the gap left by laid-off older workers.

The aging workforce is generally defined as those over 40, which is much larger than those over 65. This group has several characteristics: extensive work experience is less likely to leave and contributes more to new employee training. However, they have fewer salary increases, have less creativity, and have higher absenteeism rates. In some organizations with high brain drain, the aging workforce still plays an important role.

Lacking a retirement savings plan, many people are postponing retirement. Improvements in health care have allowed people to live longer and healthier lives, which has allowed people to work longer hours. In addition, quite a few people like to find value and maintain social relationships in their work. As one gets older, one’s experience becomes invaluable in a way that younger people don’t, and an aging workforce can pass it on to them so that jobs can be inherited.

The young labor gap can only be filled in a short time. With the improvement in productivity, the industry’s dependence on manpower will gradually decrease. Innovative and highly skilled personnel are more urgently needed for social development. The aging workforce is irreversible and should not just be seen as a challenge. But the benefits can be maximized if we respond in the right way.

If you want skilled and talented baby boomers to stay, you have to take the pressure off them. The workload is their number one concern. If you want to keep them, reduce the workload or allow flexible working hours. Going to work for five days in a row is a challenge for an aging workforce, as they suffer from low energy and aging bodies, and the commute and daily work quickly wear them down.

The most straightforward way to do this is to have them choose four days of the week as working days. Workers over 50 can work for two days, take two days off, and then work for another two days. Their work should not be intensive, but something they are familiar with and fundamental to the company. If the work is not urgent, then a four-day week will have little impact on the company.

Implement the tutor system. NASA’s phased retirement plan allows retiring workers to do part-time training and guide their successors. Allow employees over the age of 50 to be the mentor of a successor, impart invisible knowledge, and ensure that the new successors will be able to perform their duties after the aging workers retire. This ensures that knowledge is taught and the company is working properly.

Create a senior-friendly office and rest environment. Invest in ergonomic office chairs and adjustable-height desks. Public toilets should be equipped with handrails and non-slip MATS. Staff break rooms should have comfy folding nap beds and light blankets to help them recover. Common medicines and first aid equipment should be available in the office to prevent elderly workers from becoming unwell.

Companies also need to take active social responsibilities and provide employees with lifelong learning opportunities to help them continue to progress and develop their careers. “A principal cause of employee turnover is the lack of attention to career opportunities,” said Alex Avery, a member of the HR Leadership Program at GE in the Cincinnati area.

Old employees should not only actively train new employees and pass on their work experience, but they can also actively learn the latest technology and knowledge to quickly adapt to changing situations.

Companies should offer flexible working hours and training for older workers. Take reasonable steps to maximize their value. The government should work with enterprises to take various measures to increase their job security and recruit new employees to generate more income and improve the ability of companies to afford older workers.

The biggest challenge is maintaining the continued productivity of an aging workforce. If correct management measures are taken, the company is bound to bear some of the losses. But the inheritance of the experience and skills of aging employees is a more precious treasure, and the proper use of it will lay a good foundation for the long-term development of the company.