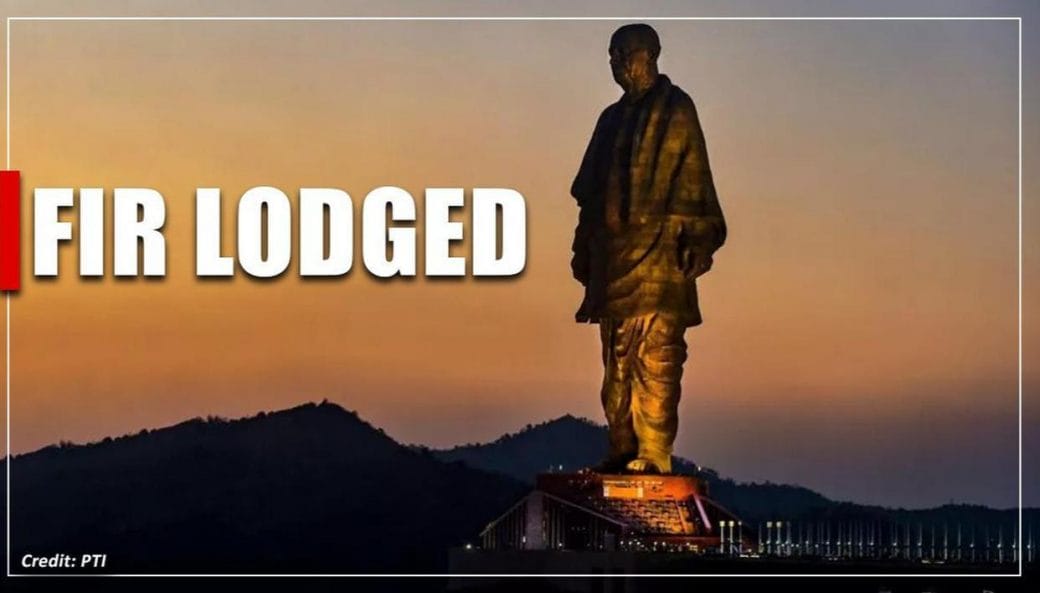 Statue Of Unity Selling On OLX! Someone Tried To Sell It For COVID-19 Expenses,FIR Lodged.

Statue Of Unity Put Up ‘For sale’ On OLX For COVID-19 Donations, Police Probe Underway

With the COVID-19 pandemic,having hit us out of nowhere,people are sitting back at home,jobless,unemployed and distasteful. Whereas the country is fighting against the killer disease,there are some who are intentionally trying to sell Statue Of Unity doing everything in their will,to not let us win the battle.

Distress And Death That Corona Brings.

However,just when we thought we had a solid hold on the spread of this awful virus,news media has brought to us,a strange piece adding to this imperishable disaster. 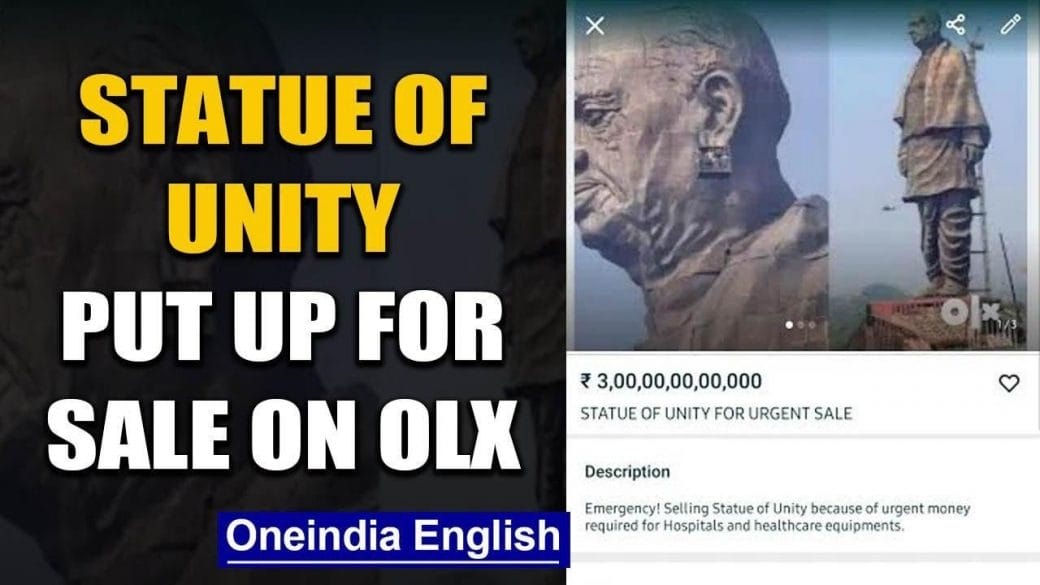 A recent news has come up regarding an unknown man who has posted an advertisement trying to literally ‘sell’ The Statue of Unity,for a massive 30,000 crore rupees.

This comes after the government had asked everyone to contribute to the PM fund which takes care of the death-defying Corona patients.

The Grandiose Of The Statue.

Built in his magnificent home ground,the first deputy Prime Minister of Independent India,was above all, a figure of immense humility.

Establishment Of The Statue Of Unity.

He had put together 562 princely states which was under the British rule,to form a single Union of India.

This primarily shows his vision of loyalty and love for his motherland.

The Bizarre Crime Of ‘Selling’ The Pride Of The Nation.

Clearly,we asked the people of the country to unite and be patient,not to sell The Statue of Unity to help patients.

Is it so difficult to understand?

The advertisement description read ‘Emergency! Selling Statue of Unity because of urgent money required for the hospitals and healthcare equipment.’ 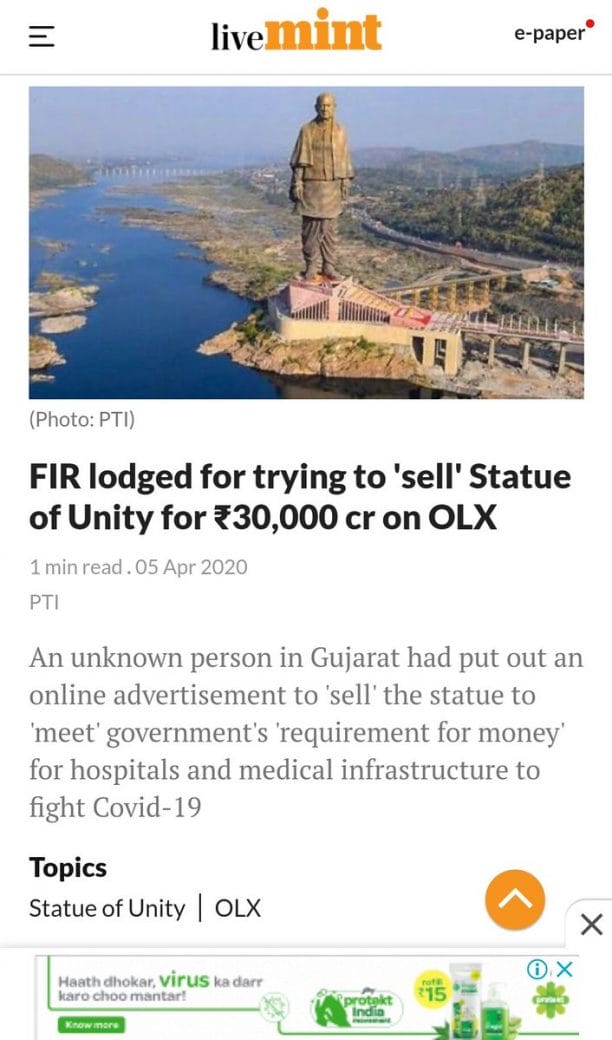 Abrupt Action Taken To Control Defaming Of The Statue.

With this in mind,an article was published in the newspaper,to which the local authorities immediately contacted the police.

Nevertheless,the people filed a complaint, registered an FIR against the psychopath who was trying to put the government down.

Last but not the least,what is surprising is how even the company,OLX,sanctioned it without testing the authenticity of the description.

Check Out The Best Sites To Watch Cartoons Online (April, 2020) For Kids Cooped Up In The Lockdown