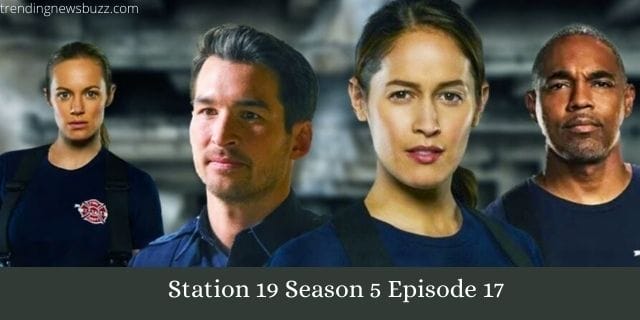 Do you want to know a little bit more about Station 19 season 5 episode 17? Keep reading. This is a narrative titled “The Road You Didn’t Take,” and there is a LOT of dramatic things that is going to happen in this story. Vic and Theo will be responding to a delicate scenario, Ben and Travis will be doing everything they can to aid a patient, and we may get to witness more of Andy’s struggles as she navigates her court case, among other things.

In case you missed it, this is the final episode before the season premiere of Game of Thrones. Once we’ve reached the conclusion of this story, we’ll be left waiting to see what may be an emotionally charged and stunning conclusion to the season overall.

More information on what to expect can be found in the entire Station 19 season 5 episode 17 synopsis, which is included below:

The episode “The Road You Didn’t Take” will air on Thursday, May 12 (8:00-9:00 p.m. EDT) on ABC. Vic and Theo are called to a domestic disturbance between the parents of a trans teenager; Jack learns shocking new details about his childhood; and Ben and Travis assist a clinic patient who has been waiting for medical attention for a long time. Episodes are available on demand and on Hulu the day after they air on television.

Whatever occurs in this episode will almost certainly have an impact on where things go in the finale; and from there, it is almost guaranteed to have an impact on whether or not there will be a sixth season. As a result of our knowledge of additional material coming from this universe, it seems obvious that the producers will wish to set the stage for it in some way.

ALSO CHECK: Ratched Season 2 : Everything You Need to Know About This Series!

Is it possible to have a few of humorous moments in this episode? We certainly hope that is the case. Many difficult things have happened over the course of the last few months. We’ve already dealt with Dean’s death, and now we’re dealing with all Andy is going through.

Make sure to share your thoughts right away in the comments section below! Once you’ve done that, make sure to check back frequently since there will be more developments in the future and we don’t want you to miss out on them. (Photo courtesy of ABC.)