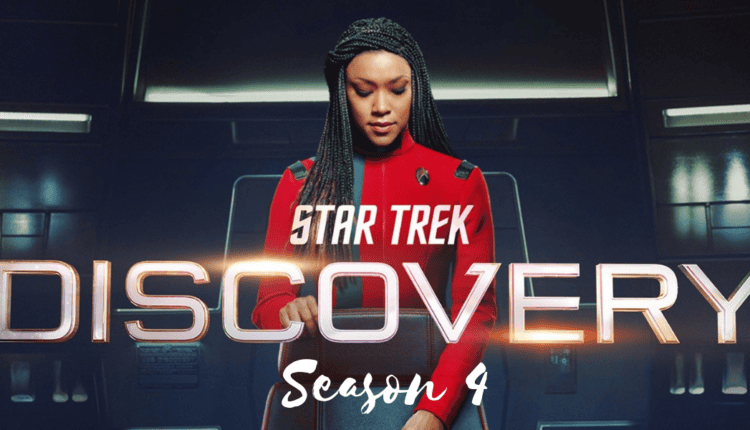 Season 4 of 'Disco' comes to a close with a hopeful and empathetic message.

By the time this Golden Age of Star Trek television comes to a close in 2022, there will have been five different series airing at the same time. Star Trek: Discovery, a prequel series to the original Star Trek show that takes place 10 years before the adventures of the starship Enterprise under the command of Captain James T. Kirk, was the spark that set everything in motion.

The most recent episode of Discovery, which served as the season four finale, brought to a successful close a season in which the show explored how its protagonists continued to adapt to their new lifestyles while also investigating a mystery that spanned the whole galaxy.

They have travelled over a century into the future, and have arrived in a galaxy where the United Federation of Planets has been broken up and warp speed is hazardous. Michael Burnham, played by Sonequa Martin-Green, was the focus of Season 3 as she and the rest of the Discovery team attempted to navigate this new reality.

As soon as it makes contact with what is left of Starfleet, the Discovery assumes a position of paramount importance in the effort to rebuild the severely depleted Federation. 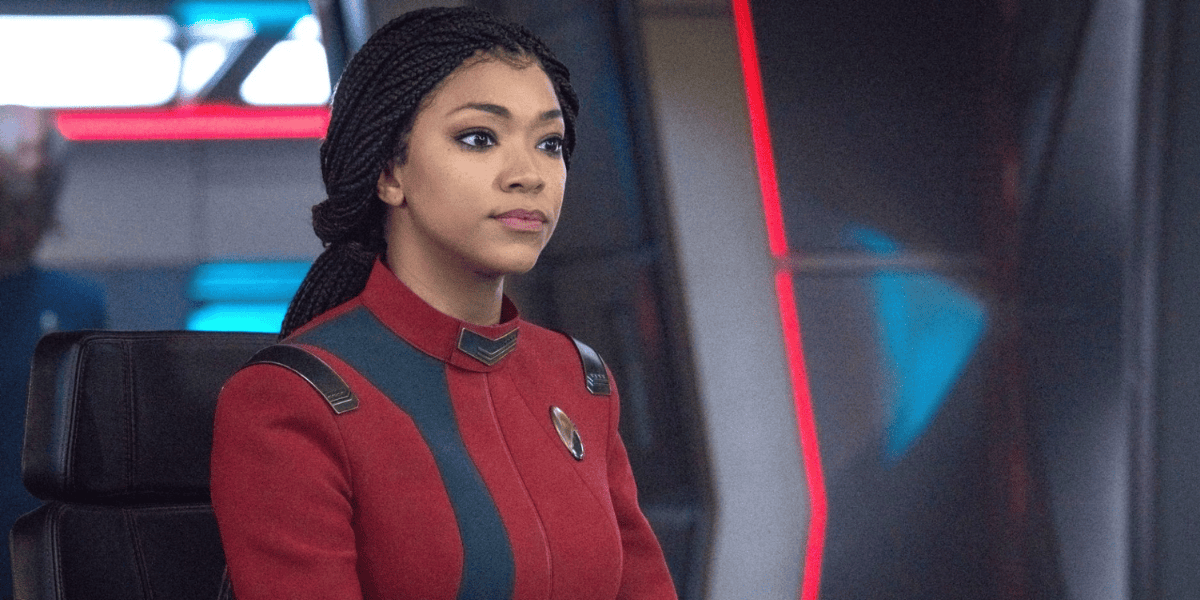 It became impossible to travel at speeds greater than the speed of light after the majority of the galaxy’s dilithium became unstable and exploded a couple centuries before the arrival of the Discovery. Because of its mycelial spore drive, the USS Discovery plays a pivotal role in determining the cause of the phenomenon known as the Burn and reassembling the scattered members of the intergalactic society.

When Cleveland Booker (David Ajala) comes home to Kwejian to celebrate his nephew’s coming-of-age ritual, it’s as though Burnham had just welcomed a new species into the Federation. Just in time for the world to be destroyed, he gets out. Kwejian’s demise was caused by a previously undiscovered and never-before-seen gravitational distortion sweeping the region, according to Commander Paul Stamets (Anthony Rapp). As Burnham’s new first officer, Captain Saru (Doug Jones) re-joins Discovery to carry out an investigation into the strange occurrence.

A close encounter with the Dark Matter Anomaly (or DMA, as it is known in the programme) causes the Discovery crew to work hard to save a weak Federation from collapsing. Only a sophisticated life form could have the technology to build and govern such a monster after it mysteriously vanished and reappeared 1,000 light-years distant. Discovery discovers that wherever it goes, a poisonous emptiness drifts through space behind it after examining a subspace hole left behind by the DMA.

For Book, dealing with his feelings of wrath and sadness is a constant challenge. Discovered by Ruon Tarka (Shawn Doyle), Book learns that he shares a commonality with him. By creating a simulation of the DMA’s power supply, Tarka can better understand the anomaly’s causes and potential solutions.

In the meanwhile, Zora, Discovery’s sentient computer (a system developed from the “spherical data”—information the crew recovered from an old, intelligent species and journeyed ahead in time to protect out of the wrong hands—determines where the DMA must have come from. She fears for the crew’s safety if she divulges the details of what they name Species 10-C.

There is a long investigation until it’s discovered that the DMA is actually a giant harvester, and that it is in reality mining for the extremely rare material called boronite. For this reason, they believe the boronite is being utilised to fuel an anti-eavesdropping system.

Burnham and Book attend an emergency council made up of Federation and non-Federation delegates as Stamets and the Discovery crew seek to communicate with Zora.

There is a disagreement about whether the DMA should be destroyed right away or if an attempt should be made to make contact with Species 10-C first, for fear that such a sophisticated race may respond with something worse. Both Book and Burnham are on opposing sides of the debate. In any case, Zora refuses to divulge the whereabouts of this previously undiscovered species. 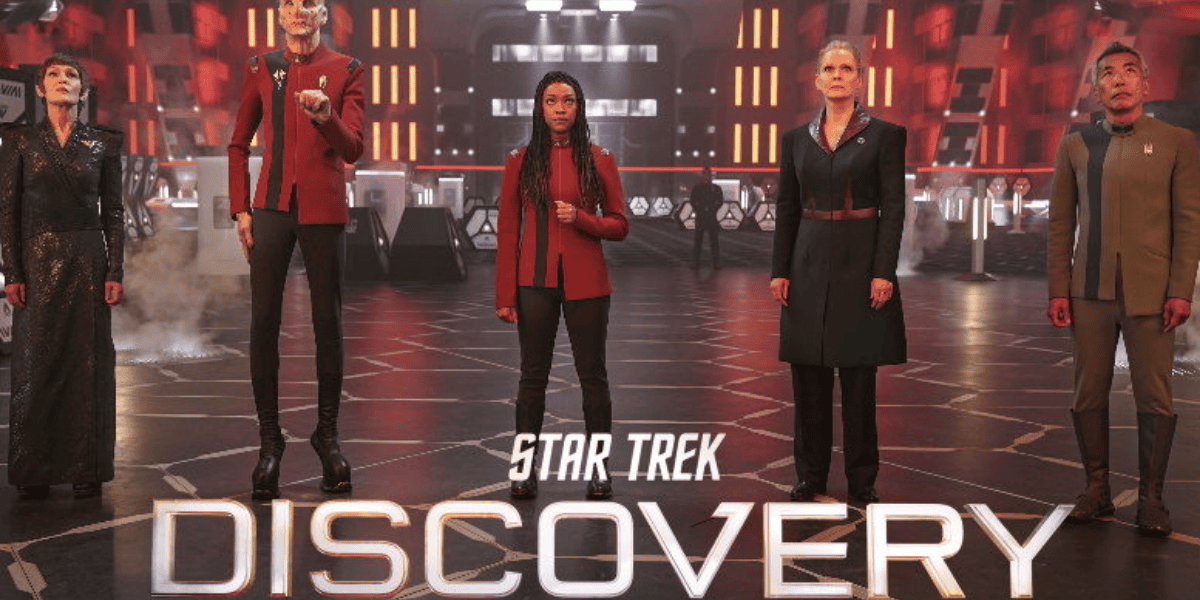 On Discovery, the ever-mysterious operative Dr. Kovich (David Cronenberg) argues that Zora’s logic is invalid since Starfleet protocols prohibit the retention of ship control by a self-aware AI.

Since Zora is a product of the sphere data developing as it interacted with the ship’s crew, the Discovery people convince Kovich that she is an entirely new life form. Since she is a human, Zora can select her own course but must join Starfleet. With this, Zora confirms what she has long suspected: that Species 10-C are located outside of the cosmic barrier.

Burnham is able to persuade the council to go for a non-lethal approach to first contact. This puts her at odds with Book, the man she’s been seeing for some time now. A weapon built by Tarka will be used to destroy the DMA’s power source as Tarka and Book set out on Book’s ship. It’s a race against time in the last half of the season: Burnham and Discovery must find Book and Tarka before they can build the weapon, while they figure out how to discover and communicate with the 10-C.

After learning more about Tarka, Book comes to see how similar he and Book are in their motivations for their actions.

It was during Season 3 when Discovery managed to break the Emerald Chain, an enslaving group of warlords that Tarka was a captive of. Oras, a bright scientist who had built an interdimensional transporter, became his buddy and eventually his love.

For Tarka, reuniting with Oras is as simple as using the DMA’s power source. In spite of his reservations, Book continues to work with Tarka. Despite Zora’s sensors picking up on their presence, they manage to attach themselves to the Discovery’s hull as they travel through the cosmic barrier.

There has never been a character in this series before who has gone beyond the Milky Way. The Federation President, Laira Rillak (Chelah Horsdal), who shares human, Bajoran, and Cardassian ancestry, T’Rina, (Tara Rosling), the leader of N’Var (which was once called Vulcan, but changed its name after reunification with the Romulans), and General Ndoye of United Earth join Discovery on the journey (with no guarantee that anyone will return) (Phumzile Sitole).

Ndoye was the only member of the emergency assembly to vote to destroy the DMA’s power supply rather than participate in a peaceful first contact with the alien race. Ndoye helps Book and Tarka when the moment is perfect, even though they are tied to Discovery and so undiscovered. Commander Jett Reno (Tig Notaro) discovers Tarka without Book’s knowledge, and Tarka holds her captive.

All efforts to scan beyond the huge hyperfield that surrounds the system’s dead planet are squelched by the discovery team. Burnham and the crew fight against time after learning that the DMA is on a course that would lead to the destruction of both N’Var and Earth.

Ten-C appears to employ complicated hydrocarbon molecules to express emotional states, according to the team. To start conversing, the team devises a mathematical equation-based “bridge language.”

Season 4 of Star Trek: Discovery wraps up a pleasant and self-contained season like Season 3’s finale. As of right now, Discovery appears to have done a good job of abandoning the season-ending cliffhanger model without any noticeable drop in viewership. The extremely serialised nature of streaming storytelling makes it fascinating to see if this carries over into Season 5.