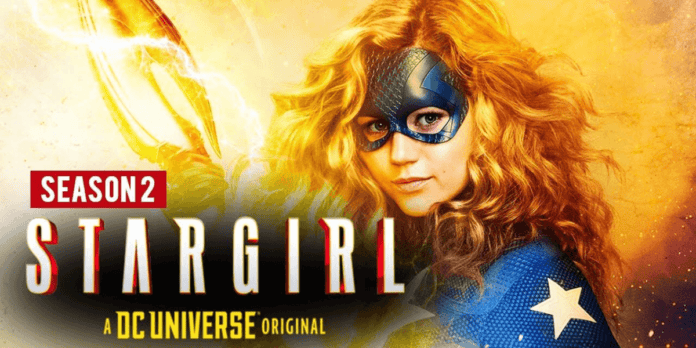 Star Girl is part of the DC Universe and was created initially for the streaming service DC Universe. The show was first released in 2020 and a new season is on its way.

This smash-hit series has grabbed our attention quickly. The first time we met these young heroes was in a crossover Arrowverse episode, Crisis in the Earths. Now we happen to have a Full-fledged series to ourselves. All these main characters appeared in their respective cameos. The idea of an all-new band of teenagers fighting for the greater good was always in the minds of the producers.

Read further to know more about the new Stargirl season 2, with brand new episodes and shocking turns of events.

Are you searching for something filled with suspense? If yes then check out Cheese in the Trap!

The series is based on DC Comics’ Courtney Whitmore penned by Geoff Johns and Lee Moder.

Courtney Whitmore(played by Brec Bassinger) is a teenager who shifts to Nebraska from the happening city of L.A. She is a typical teenager, not being very cooperative with all sorts of new changes. She feels frustrated and keeps challenging the rules. She has a habit of speaking against the wrongs, which gets her into trouble pretty often.

This grumpy teenager’s life changes for good when she discovers Sylvester Pemberton’s gears and learns that her stepfather used to be a sidekick to Starman. After finding out, she starts her journey against injustice.

Are you looking for something really thrilling filled with family values? If yes then check out This is US Season 5!

From the very beginning, Courtney is shown to have courage and a knack for protesting against wrong things. The sense of right and wrong are embedded in her. It is crucial to note here that the lead characters who form the new generation of Justice Society of America, are just kids in high school. So there is a realistic portrayal of expectations and the actuality which adds appropriate credibility.

Courtney’s nature makes the Cosmic Staff select her. It has all along been her destiny which she happily accepts. This serves her with something more, something she was looking for for a long time– a purpose.

A new generation for justice

Courtney’s team is the new version of the Justice Society of America. The previous team of the same name was slaughtered by their counterpart — Injustice League of America. This is the reason Pat, Courtney’s step stepfather, left JSA. He put away everything that reminded him how those horrid events took place. These youngsters seem to be all ready for their challenges and even if they are not, they are not going to give up easily.

The series is a good watch for many reasons. If the first reason is to create a sense of right and wrong among the kids, then the second reason is the way the series handles heroism. Courtney’s parents tell her to first live her own life. They remind her that being a hero is not worth it, if the normal life, family and self-care shouldn’t have to take a backseat. Responsibilities are always going to be there and she must learn to balance. If she cannot,  she is not ready.

The idea of becoming a hero easily sweeps people off their feet. The glory of being a saviour is something that is always promoted for some greater purpose. Bob Dillan’s John Brown comes to mind. It’s a powerful poem- a song that speaks of the horror of being a hero.

When Stargirl creates a new generation of Justice Society of America, news travels fast to the people who want to destroy the JSA once again, just like they had done before. They call themselves the Injustice Society.  Their members include Icicle Tigress, Dragon King, Brainwave, Gambler, Fiddler Sportsmaster and Solomon Grundy.

Stargirl season will cover a lot of things. The main challenge for Courtney would be to rise as a friend and support her team members. Her team has expanded too. She must learn how to work with everyone and at the same time learn to handle the trauma after defeating ISA.

A lot of actions and events are waiting for us in season 2.

Are you a K- drama fan? If yes then check out Kissasian – The Perfect Platform to Watch Korean Drama!

The show is available on the CW network.

Stargirl has won our hearts way too quickly. The fresh faces with their spirit and conflicts resonate with us strongly. The series has successfully brought together critics’ acclaim and passionate audience’s love.

As we wait in suspense for Stargirl Season 2, refreshing memories of season 1 always seems like a good idea.

What are your expectations regarding the show? How do you think the events will play out in the future? What about the Shade? Do you think he will mentor the new team? Do share your thoughts with us in the comments section below.