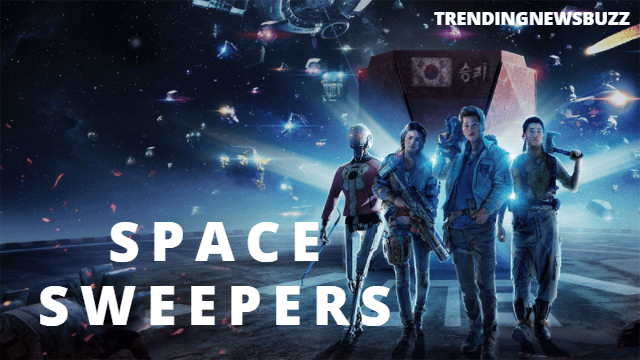 With the pioneering deep-space expedition of Jo Sunghee. Space Sweepers makes a debut on the OTT behemoth streaming platform Netflix on February 5, 2021. With this particular film South Korea’s own sci-fi action franchise has finally begun. The film, hailed as the country’s first big-budget spacefaring epic with an eye-catching production and excellent CGI. It was initially scheduled for a traditional cinema release in the summer of 2020. Later with the advent of pandemic, the film was forced to pursue an alternative path.

Space Sweepers is an aesthetic enchant with opulent consequences representing sufficient adrenalin rush. This is something that is always expected from a space spectacle cinema. Since they showcase the cinematographic perspective of interplanetary galactic scrounging. This movie reminds you of “Guardians of the Galaxy”. It also reminds one of camerawork equivalent to that of ostentatiously vibrant aerospace engineering featured in “Star Wars.” 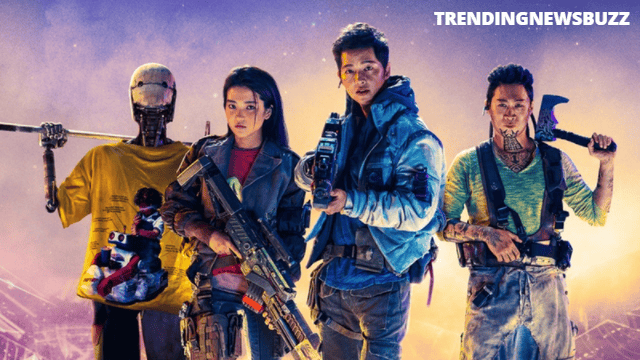 Plot of the Show: Space Sweepers

The film starts with a brief introduction to the year, which is 2092. The destiny of life on Earth hangs perilously on the sling slope of existence. Since the sky is destroyed by acidic and choky airspace, with the breathing fraction of air reaching rock-bottom. UTS Corporation, a massive so-called-altruistic corporation, pushes the notion of colonization on Mars and migration of humans there in the goal of saving the earth’s people. Although the privileged have the freedom to enter the freshly established Elysian paradise on Mars. The remaining poor inhabitants of earth struggle to make ends meet.

In this regard, Space Sweepers synchronizes the parallel concept of lower-class exploitations. This is how it is depicted in the actual Oscar-winning film “Parasite”. As well as its own unique portrayal of class dynamics, corrupt politics, and the manipulations of unscrupulous megalomaniacs pulling the strings. Many viewers couldn’t help but note the eerie similarities between Chung Sook’s weighty language (in Parasite). “She’s kind because she’s rich,” and the remarkable similarity between Chung Sook’s weighty phrase (in Parasite). “She’s pleasant because she’s rich”. I’d be wonderful too if I had all this money!”. “Do you think poverty makes us evil or we’re awful because we’re poor?” says Tae Ho in Space Sweepers. – Both of these discussions have a low-class tone to them.

What Is So Extraordinary About the Film, Space Sweepers?

The most extraordinary part of the film deals with the film’s following of four perennially broke ragtag, space sweepers – Tae Ho (Song Joong Ki), Captain Jang (Kim Tae Ri), Mr. Park (Jin Seon Kyu), and a funny robot, Bubs (voiced by Yoo Hae Jin). These are all who boards the Korean-flagged “Victory”. They further chase space debris with the intention of bartering those orbit junks for hard cash. These stone-broken space sailors labor through the perilous daily grind of debris accumulating, desperate to strike it big.

Also during one of these typical scavenging missions, this mismatched group comes across a young robot girl named “Dorothy” (Park Ye Rin). She is involved in a deadly nuclear deal that might be humanity’s last hope of survival. The ultimate decision looms over them as a result of this discovery: “Money or Survival?”

The Most Amazing Fact Related to the Movie, Space Sweepers

The film’s allure as a magnificent space opera is bolstered by director Jo Sunghee’s distinct visualization. This movie is constructed very well with well-choreographed action patterns. These actions are of the previously tried-and-tested theme of space manipulation as an extension of capitalism. Setting aside the terrible dread that surrounds these wreckers in this apocalyptic atmosphere whilst hovering in space. The charming camaraderie and humorous anecdotes amongst the Victory’s crewmates contribute to the film’s cheerful viewpoint. Hence, making it a thrill to watch. 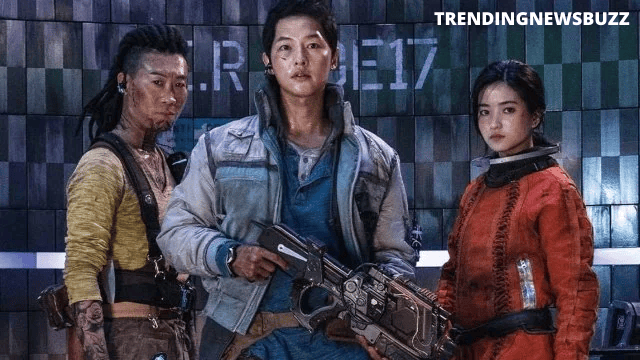 Though the two and a half hour behemoth takes a few detours before reaching its finale. The trip is action-packed enough to conjure up passionate Asian-style action rhapsodies. This is done to the point that none of these moments appear extraneous or excessive.

Kim Tae Ri of The Handmaiden, renown gives again another magnificent portrayal as the essayistic and refined Captain Jang. He skilfully pilots the “Victory” through the galaxy of rubbish in this film.

Soong Joong Ki, South Korea’s “Dicaprio,” previously collaborated with the filmmaker on “A Werewolf Boy,”. He excels once more as the energetic and courageous Tae Ho. When questioned about his first views on collaborating with the same filmmaker on an avant-garde science fiction movie. The actor told that, “I was quite intrigued to see how the first Korean film set in space would be tinted by his vision”. And later after reading the script, I was much more convinced.

While Jin Seon Kyu’s performance as a former “drug lord” with the paradoxical character of a big-hearted giving man is commendable. Yoo Hae Jin’s feisty narration for the android adds true appeal to the superb cast lineup. 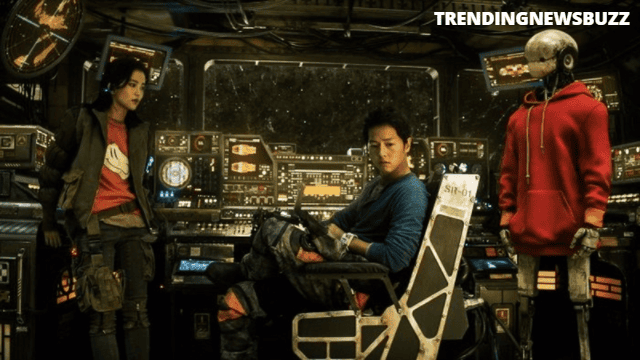 Whether it’s all about bringing comedy to the crew’s fun sequences or enacting a perilous plundering scene humming with sheer exhilaration. The cast’s superb performance attempts to maintain spectators interested. It keeps them hooked to their seats until the finish.

For the fanbase of “Dune” and “Aliens” looking for a sci-fi film with electrifying interstellar combat sequences. Space Sweepers offers a fairly straightforward blending of some standard sci-fi precepts. It includes its own unique charm of emotionally-tugging character background stories, cultural pluralism, sophisticated CGI vibrant in every frame. Also it deals with the more notably, a classic ecological statement.

Read also: How Is Blockchain Growing Without The Support of Government?

Space Sweepers was trending #5 on Netflix India shortly after its debut. This was all because of the growing popularity of Hallyu Wave in India. It is presently in the “TOP 10”. While the renowned cast of Song Joong Ki and Kim Tae Ri may be responsible for the film’s immense popularity among Indian audiences. The addition of an intellectually stimulating sci-fi concept in Korean cinema might be another major factor. Whatever the case may be, the fact that this sci-fi adventure has become a’must-see’ for all K-movie fans in India remains unaffected!