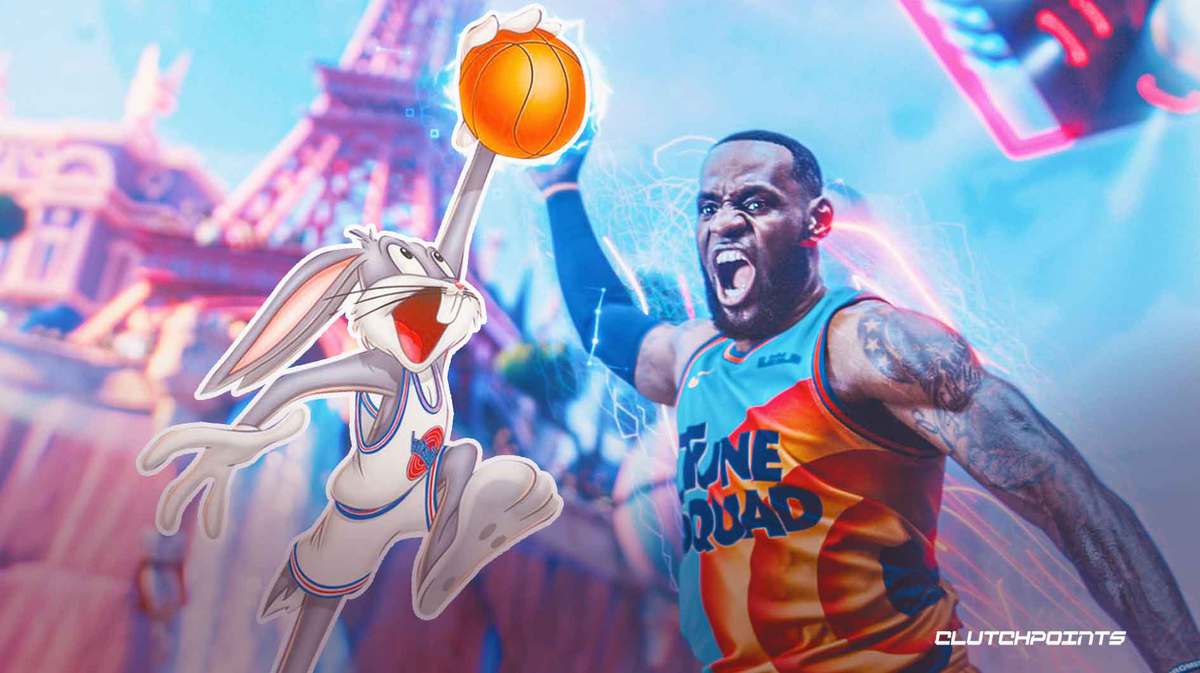 Space Jam 2 Basketball Game Comes with Its Own Gambling Odds?

Last month, renowned sports journalist Anthony Puccio caused something of a stir on Twitter when he shared what looked for all the world like betting odds for Space Jam: A New Legacy on the eve of its theatrical release. Now it’s no secret that the world, and the USA in particular, has gone sports betting crazy over the past year or so, but surely this is taking things to new extremes. The truth is a little more complex – let’s unpick what’s been going on.

Nostalgia sells, that’s nothing new, but we have been living more in the past than ever these last 12 months or so. Perhaps that’s understandable given the broader state of things in 2020/21 – who wouldn’t want to return to the carefree days of the 1990s? But from the new Bill and Ted movie to the Street Fighter 2 slot game, to Sonic the Hedgehog’s big screen debut it feels more like 1996 this year than it did in 1996.

The origins of Space Jam actually go back even further. Back in the 80s, Who Framed Roger Rabbit pioneered the concept of mixing live action with animation. A few years later, Nike hit on the idea of using a similar concept to leverage the popularity of Michael Jordan and, at the same time a fondness for – you guessed it – nostalgia for the old Loony Tunes cartoons that baby boomers and gen-x-ers had grown up watching.

The roaringly successful ad campaign was one of the most memorable of the early to mid-nineties, and so it was no big surprise when Warner Brothers decided that real sports stars playing basketball with cartoon characters from the 1930s would make a great feature film – especially if it took place in space against a team of aliens.

You could hear the sounds of collective sighs followed by concerted knife sharpening from the critics the moment the movie was announced, and sure enough, it was roundly panned on release. However, it proved to be one of the top ten box office sellers in 1996, grossing $250 million, in a year when it was up against the likes of Independence Day, Jerry McGuire and Mission: Impossible.

You Can Bet on That

All that happened a quarter of a century ago, and while Tom Cruise continues to be the box office draw against which all else is compared, other things have changed in America. Reusing old intellectual property in movies, an idea that seemed so novel in the late 20th century, became the standard Hollywood MO. Marvel comic books and cheesy 1960s science fiction such as Lost in Space and the original Star Trek were mined for all they were worth with retellings, prequels, reboots and spin offs. The point is, everyone knows Jim Kirk and Peter Parker. They are a low risk wager for Hollywood compared with new ideas and unknown characters.

Speaking of wagers, that’s something else that suddenly started changing in the USA. They will never admit it in the corridors of power, but the internet meant that clinging on to PASPA in the online age was simply impossible, and it had to be struck down for that reason alone. The world wide web has no conception of international boundaries, and trying to stop people from gambling online or to block offshore bookies would be like trying to stop the tide from coming in.

So it was that from 2018, each state was able to make its own decision about sports betting. Discussing odds in the run up to a big game is now commonplace, so at first sight, Puccio’s tweet looked natural. The question is which states actually allow this type of bet online? It is very much a moving target. Initially, there were just a handful of early movers, including New Jersey, which had championed the campaign in the first place, West Virginia and Delaware. However, what happened was that any state adjacent to one that had legalized saw how its neighbors were raking in the tax dollars, often from that state’s own residents, who were driving across the state line, or perhaps using an app and a friend’s address, to place bets.

It led to a classic domino effect, and that is one that has dramatically accelerated this year. After all that has happened, there are some massive budget deficits to fill, and even the more conservative states just can’t afford to be precious about it any more – especially when they see their neighbors in full on Jerry McGuire show me the money mode. The net result is that more than half the US states have now legalized sports betting, and more will follow, to the point where the likes of Utah will be the exception rather than the rule.

It’s All About the Marketing

So where does that take us with Anthony Puccio and his tweet? Were people really laying bets on a pretend basketball game in a pretend universe where the result was already in the script? Close observers could see the answer to that in the tweet itself.

Ultimately, SBD was just making use of yet another trending craze as a clever marketing ploy. Perhaps things haven’t changed so much since the early 1990s after all.