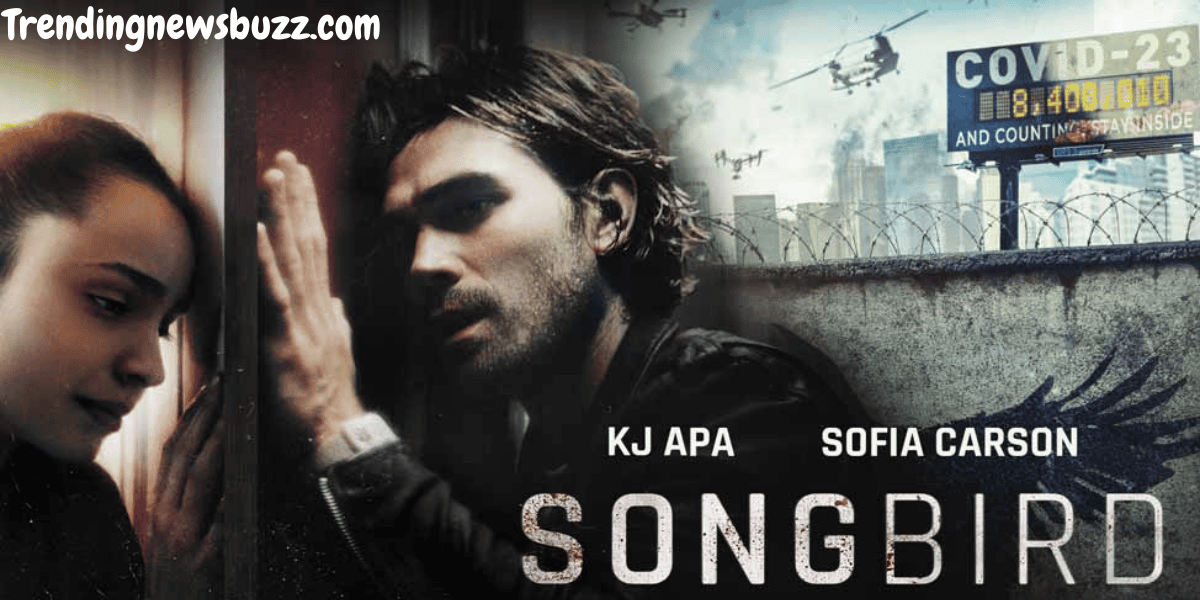 It is one of the movies or the first one whose production started in Covid-19 when the entire entertainment industry shut down or stopped producing any new movie or the film.

What is the main reason behind the production of Songbird in 2020 which came in the same year in the ending month of 2020. Songbird is an American thriller movie and the idea came in the mind of the writers or producers after March when all things were stopped and all were forced to stay at home due to coronavirus.

They decided to make a dystopian science fiction thriller film on the current situation of pandemic which all the world is facing but featuring the time four years forward in 2024. This time, in 2024 the Covid-19 is called to be Covid-23 and the world in its 4th pandemic year.

You can see how the creative ideas come in the mind of the producer to make a film based on the pandemic and the situation in future. 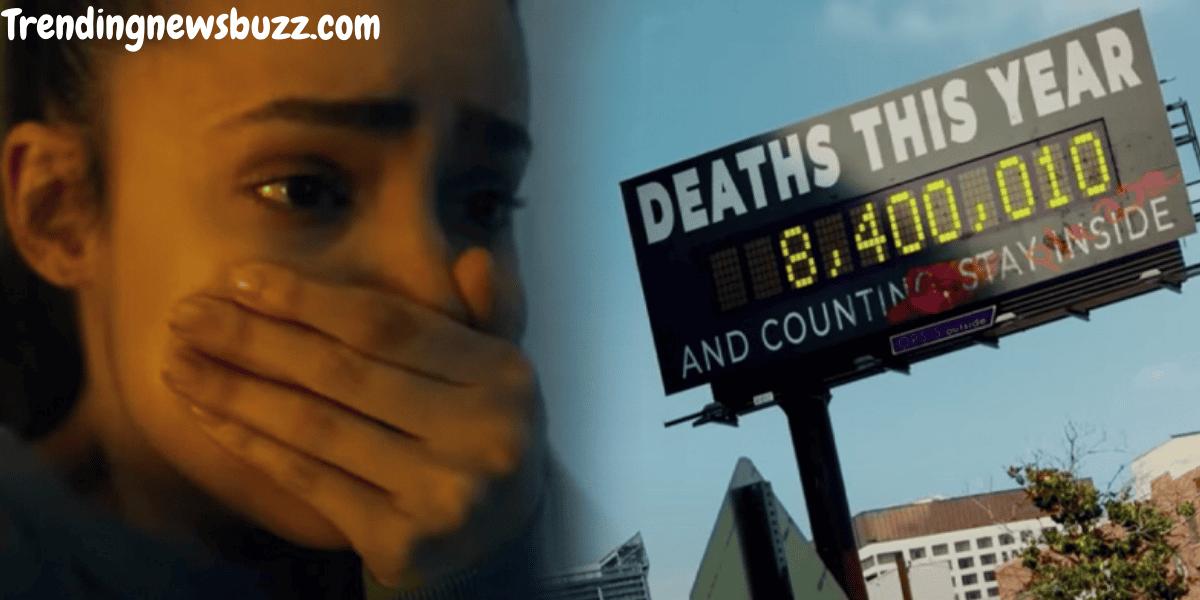 They also mixed the story with the current time situation that was happening in 2020 when the infected persons are quarantined or taken to the hospital to check their temperature to know if they are affected with the virus or not. And if the person showed symptoms of covid then he/she is forcefully taken to the camp against their will to recover or to die.

So the same thing is happening in this film and every person is checked with their cell phones to know if their temperature is normal or not, and those who are infected are shifted forcefully to the restriction areas or camps.

In the story Nico, a courier or a delivery boy helps his lover Sara to get out who is taken forcefully to the restriction area when her grandmother died.

He is also affected from coronavirus but had immunity band or the watch in his hand that he is not infected from the virus and the illegal business of making such bands is operated by Griffins and the supplier Harland.

He decided to reveal their secret but also wants to save his girlfriend who is forcefully taken the quarantine area to be left to die but Piper agrees to help Nico to save Nico’s girlfriend by proving him one band for Sara and when he reaches their he killed Harland in self-defence and then go forward to find Sara and gives band to the Sara at the right time so that she is prevented from going to the Q-zone.

In the last William and Harland illegal immunity wristband business is disclosed by Piper and May.

Then May and Dozer started their relationship and Nick and his girlfriend ride on their motorcycle to the Pacific Coast by returning his immunity band to Lester, where Nick works. And the story ended happily.

SongBird 2020: Release Date And About 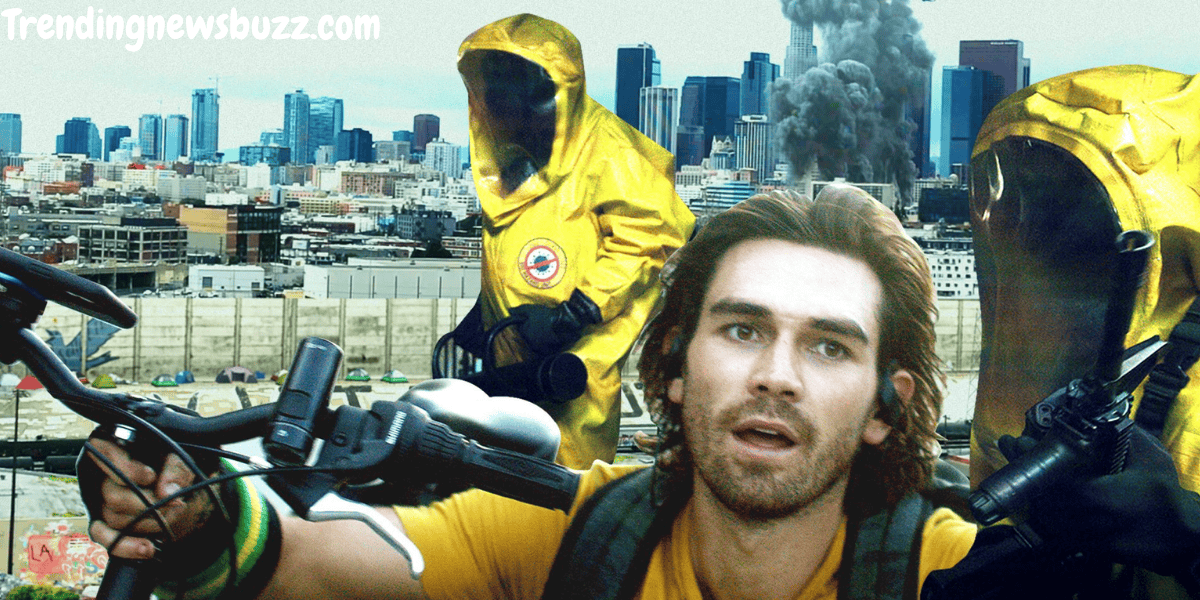 The movie was released on December 11, 2020 which came out in the United States and has a running time of 85 minutes.

The movie is ok but didn’t satisfy the audience and the fans which they are expecting from the movie and it earned $409,321 against the budget of $700,000 to 2.5 millions which is not good for any movie to make its next part or sequel. But the idea of making such a movie based on the current situation all over the world is appreciated and the movie is distributed by STXfilms.

Adam Mason is the director and the writer of this movie along with Simon Boyes as the Writer. The movie is produced by Michael Bay, Marcei A. Brown, Jason Clark, Jeanette Volturno, Adam Goodman, Andrew Sugerman and Eben Davidson.

Some of the leading stars of the Songbirds are KJ Apa, Sofia Carson, Craig Robinson, Bradley Whitford, Peter Stormare and many other cast members who contributed to this movie in the time of Covid-19 and the filming took place in July and August in 2020 around Los Angeles. The movie was released by STX Films on premium video on Demand for the first time.

Then in 2021 the film was planned to premiere on different platforms and on FandangoNow it was the 4th most rented film.

Where to Watch a Songbird Sci-fi Movie?

You can currently stream this thriller movie on different platforms-

Is Songbird Worth Watching a Movie?

According to me the movie didn’t create the interest like the other thriller and sci-fiction movies so if you want to rent this movie then it’s your choice but I actually didn’t like the movie so much.

Songbird 2020 based on the pandemic situation is ok to watch which received only 4.7 ratings out of 10 on IMDb and 9% only on Rotten Tomatoes and with the ratings you can also get an idea how the movie is.

So it is suggested not to rent this movie and if you really want to watch thriller and sci-fiction movies then spend your money on other thriller movies which are liked by everyone and you can also go to watch Money heist season 5 volume 2 which is coming out on December 3, 2021. 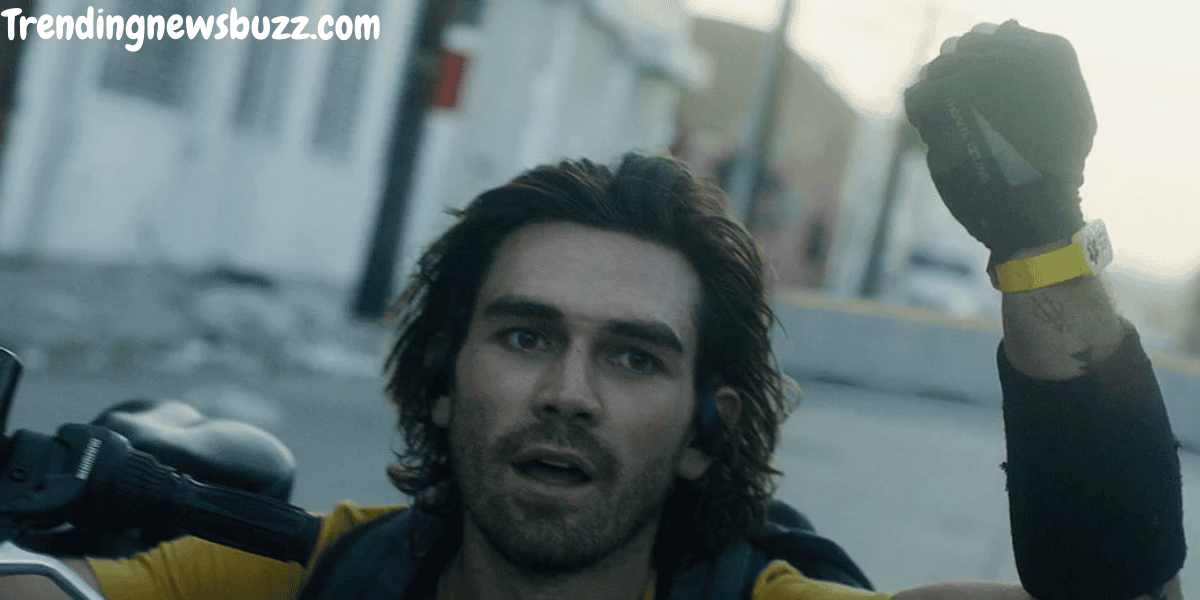 For reading more latest movies and series visit trendingnewsbuzz.com to remain updated for every kind of latest dramas, series and movies.