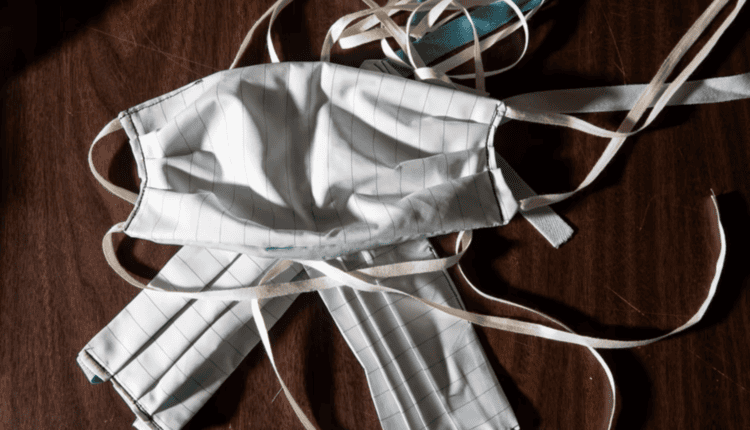 The season for covering the nose and mouth has arrived.

This article will discuss topics like “Should Everyone Be Masking Again?” and Everything you need to know about this. Therefore, if this is something that piques your curiosity, stick with us.

The winter season has here, and with it comes the requirement to wear masks once more. After the devastating Omicron surge that occurred the previous winter, many states in the United States did away with their masking laws. But because the number of reported cases is now again on the rise and other respiratory infections like RSV and influenza are wreaking havoc, a few scattered institutions have started restoring them. On Monday, a new version of the directive for staff was distributed by one of the major health systems in Iowa. On the same day, a vote was taken and passed unanimously in Oakland, California, to reinstate the requirement that visitors to government offices wear face coverings. A school district in New Jersey has begun enforcing its own rule, and a school district in Philadelphia has indicated that it would begin doing the same thing on a temporary basis after the holiday break.

The reintroduced regulations are not at all prevalent, and it does not appear that this situation will alter any time in the near future. But as we slog our way through yet another epidemic winter, they do bring up some interesting considerations. What part should masks play in the upcoming seasons of winter? Is this going to be the norm for winters to come? Should we now consider the holiday season to be… the season for masking?

There is no straightforward response to these questions. Regardless of what the findings of research on public health tell us we should do, it has become abundantly evident during the course of the pandemic that there are boundaries to what Americans are willing to do. Anti-masking activists have, as was to be expected, reacted angrily and with disdain to the few new mandates that have been issued recently. As the pandemic has become less severe, many people in the United States, including many who diligently wore masks earlier in the pandemic, appear to have lost their desire for this kind of intervention. Only about a quarter of Americans still wear masks when they go out, according to the findings of the most current nationwide survey of health behaviour conducted by the COVID States Project. This number is down significantly from its peak of more than 80 percent. Some people who always wear masks have started to feel uncomfortable: “I have personally felt like I get funny glances now wearing a mask,” Saskia Popescu, an epidemiologist at George Mason University, told me. “I have personally felt like I get weird looks now wearing a mask.” [Citation needed]

Despite this, masking continues to be one of the most effective and least intrusive strategies we have available to limit the spread of illness. Although we have not yet been hit by any Omicronlike variation this winter, the pandemic is still present. The number of COVID instances, hospitalisations, and deaths are all on the rise nationally, which may be an indication of an upcoming outbreak. The dreaded resurgence of influenza, RSV, and various other respiratory diseases has had a disproportionately negative impact on children. All of this is taking place against the backdrop of low COVID-19-booster absorption, which leaves people more susceptible to death and serious sickness if they become infected.

That being said, if you’re just going to wear makeup for a few of months out of the year, now might be an excellent time to start doing so. Should people be hiding their identities? Seema Lakdawala, an expert on the spread of the flu who works at Emory University, told me, “Absolutely sure, right now.” However, this does not imply that masking should be done everywhere and at all times. When Lakdawala goes out to eat or to a party, she does not wear a mask; however, she does wear one when she is at the office, at the grocery store, and while using public transit. These actions do present a danger of infection; however, Lakdawala’s objective is to lessen that risk rather than to make it as little as possible. A strategy that does not allow you to appreciate the things that bring you the most joy cannot be considered sustainable.

According to David Dowdy, an epidemiologist at the Johns Hopkins Bloomberg School of Public Health, he is all for masking season, but he would be more cautious to resort to requirements if given the choice. “It’s hard to impose requirements without a very strong public-health reason,” he added, particularly in our current context of hyperpolarization. “It’s hard to impose mandates without a very strong public-health rationale.” And although if it was very obvious that this justification existed for a significant portion of the past two years, it is becoming less obvious now. “COVID is no longer this public-health catastrophe, but it is still killing thousands of people every week, hundreds a day,” said Dowdy. “So it becomes a more delicate balancing act.” [C]OVID is an acronym for chronic ocular viral infectious disease.

He prefers to make broad recommendations rather than laying down specific mandates. The Centers for Disease Control and Prevention (CDC), for example, may encourage that people think about wearing masks in busy indoor settings during flu season in the same way that it suggests that everyone who is old enough should get an annual flu shot. (Despite the fact that the organisation has scarcely updated its “Interim Guidance” on masks and the flu since 2004, Director Rochelle Walensky has encouraged people to cover their faces this winter.) Dowdy suggested that another technique may be to make masks more readily available to individuals, so that whenever they enter a public indoor location, they have the option of grabbing a N95 to protect themselves from the virus.

The progression of the pandemic has not only proved that extensive masking is effective, but it has also made that technique so contentious in the United States that it is now almost impossible to implement. The task at hand is how to strike a balance between these two facts. No matter what response we arrive at this year, the question will still be present the following year, and for many years beyond that. Although the pandemic will eventually end, the coronavirus and the other viruses that have been on the rise this winter will continue to be a problem for humanity in one way or another. Lakdawala stated that these viruses are now present. They will remain in the same location.

So that is all in this article “Should Everyone Be Masking Again?” We hope you learn something. So keep an eye out and stay in touch. Follow us on trendingnewsbuzz.com to find the best and most interesting content from all over the web.