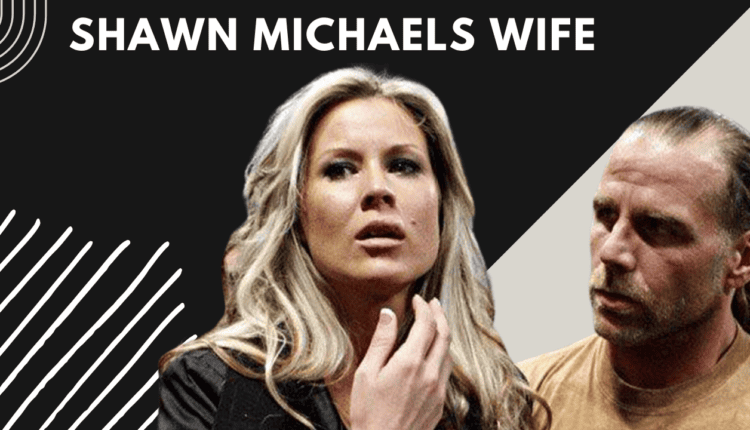 Who is Shawn Michael?

Shawn Michaels (full name: Michael Shawn Hickenbottom) is a former professional wrestler from the United States of America. Many people consider Michaels to be the greatest in-ring performer in the history of professional wrestling. In his four-year reign as WWE World Champion, HBK became the company’s first Grand Slam Champion in the company’s history. He has appeared as the main attraction at WrestleMania five times and has won the Royal Rumble twice.

Is Shawn Married to Rebecca Curci?

Rebecca Curci, Shawn Michaels‘ wife, was born on June 16, 1973, in the Texas town of San Antonia. Rebecca studied dancing at a prestigious institution and has performed at numerous events and appeared on television shows. 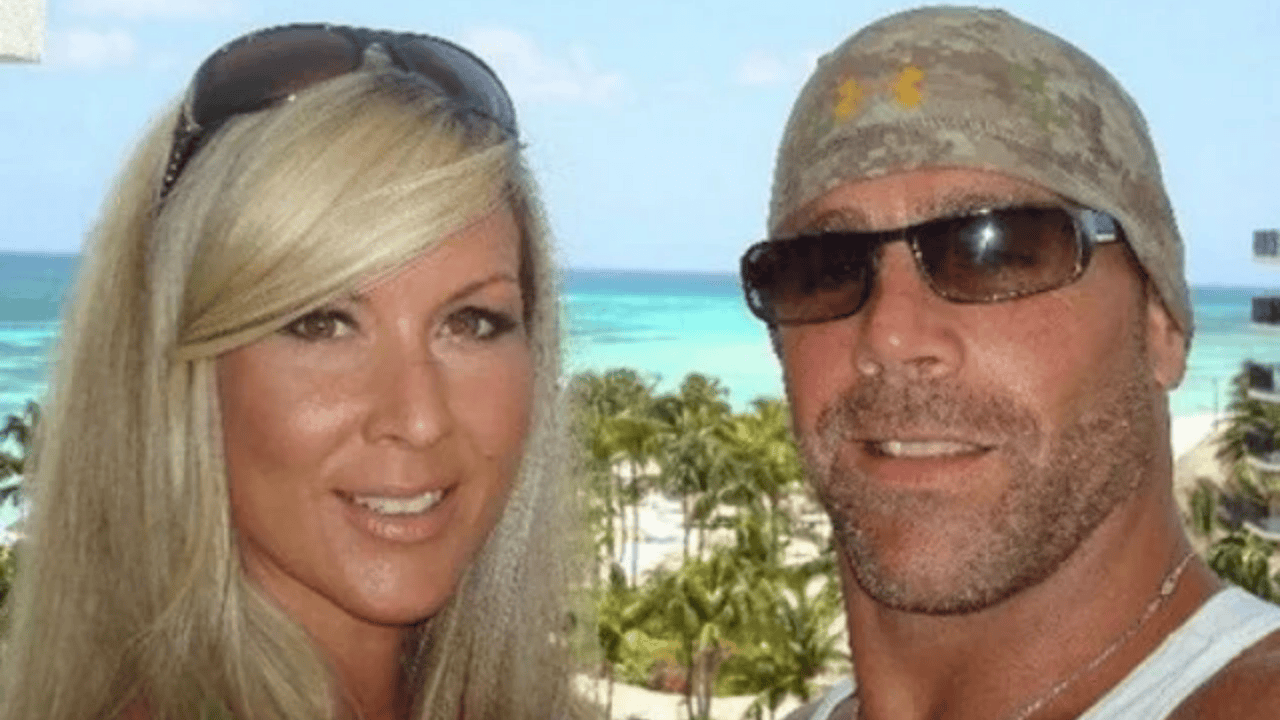 She was raised in San Antonio and graduated from South San Antonio High School, where she received her high school diploma. In addition to her mother’s job as a nurse at a nearby hospital, her father was an English teacher at a local high school.

Rebecca showed an early interest in dance and enrolled in a dance school when she was nine years old. She has been dancing ever since. In October 1997, she became a member of WCW’s dance squad, The Nitro Girls.

In her previous role as a member of The Nitro Girls, she performed for live audiences during commercial breaks. A.K.A. ‘Whisper,’ she was a legendary performer who was best known for using her unique gesture of placing her index finger over her lips to silence the audience. Because of her marriage to Michaels, she was only in the WWE for two years until she departed the company. During a period of temporary retirement in 1998, Michaels was forced to quit due to a severe back injury, during which time he struggled with substance misuse and mental health concerns.

Rebecca was the one who persuaded Michaels to seek out God and adopt a religious lifestyle. In 2002, Michaels made the decision to become a born-again Christian. His return to ring activity after a four-year absence would take place the next year, and he would go on to experience his most successful period as a professional wrestler. In the past, Michaels has been outspoken about religion’s ability to help him recover from his ordeal, and he has frequently acknowledged his wife’s involvement in instilling a religious outlook in him.

Shawn Michaels said in his autobiography that he met Rebecca through a female who worked at Gold Gym and introduced him to her. It took them two years before they were able to tie the knot. 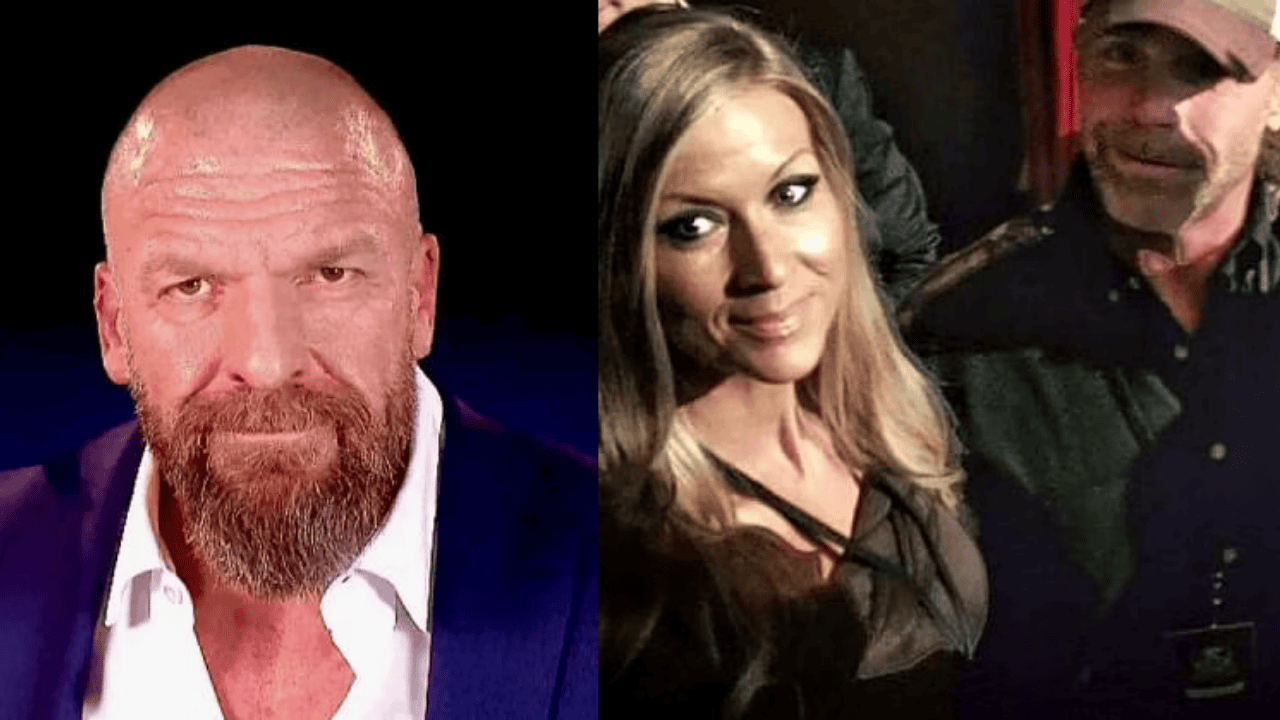 The legendary 2003 feud between Michaels and Jericho resurfaced in 2008, marking the second time the two had faced off. Jericho attempted to hit Michaels during a promotional presentation, but he botched the attempt since Michaels ducked, and Rebecca ended up receiving the punch to the lip. She was seriously injured, and her lip was bruised as a result. After the segment, Jericho apologised to Michaels and Rebecca in the backstage area.

Michaels, on the other hand, was still enraged at Jericho and resentful of himself for dragging his wife into the plot. “Is this the best you have, Jericho?” Rebecca asked, eliciting a round of applause and thus resolving the conflict.

During the course of the week, Jericho sent her flowers and called Michaels to see how she was doing. Fortunately, Jericho’s gaffe took the conflict to a whole new level, and the fans became significantly more invested as a result. In 2008, Jericho and Michaels were both awarded the PWI Feud of the Year award for their efforts.

Rebecca Curci (born Rebecca Curci Hickenbottom) is a former World Wrestling Federation employee who was a member of the dancing group known as The Nitro Girls, which appeared on episodes of WCW Monday Nitro. Rebecca, on the other hand, is more known as the wife of Shawn Michaels, who is one of the most well-known wrestlers in the history of the sport. Ahead of his retirement, Michaels had been involved in several legendary feuds with numerous notable names, including Hulk Hogan, Triple H and Rick Flair among many others.

However, for the time being, Rebecca and her husband Shawn are content with their retirement lifestyle. They are ranchers in San Antonio, Texas, where they live on their property. In addition, they make only sporadic appearances on television, which is unusual for them.

Curci will be 48 years old by the year 2022. She was born on the 16th of June 1973 in Tampa, Florida. When it comes to her family, some sources think that her mother worked as a nurse at a nearby hospital, and that her father worked as an English teacher at a high school in the area. Rebecca Siener has a sister named Carol Siener, according to her Facebook profile.

Aside from that, she is of American nationality and belongs to the Caucasian racial group.

As of 2022, the famous celebrity spouse is a stay-at-home parent who is not required to participate in any activities as part of her position. Curci, on the other hand, used to work in the wrestling profession as a member of a dancing group known as the Nitro Girls in her previous life. They appeared on WCW Monday Nitro, a professional wrestling television show, where they performed. Curci’s stage name was Whisper, and she appeared in multiple episodes of the series between 1997 and 1998, performing under that name.

Rebecca went on to marry her long-term boyfriend, Shawn, the following year. In the same year, she made the decision to terminate her employment with WCB. However, the company’s president, Eric Bischoff, originally refused to let her go. Later on, they were able to come to an agreement on something.

Curci, in the meantime, stated that she would not be working with anyone else for the next three years, citing personal reasons. She went on to say that she would prefer to devote her time to being a full-time mother to her children and assisting her husband with his finances.

Rebecca became pregnant with her first child just six weeks after her marriage to Shawn was consummated. On January 15, 2000, she became the mother of Cameron Hickenbottom, who was born on the same day. On August 19, 2014, she and her husband, Michaels, welcomed their second child, a daughter called Cheyenne Michelle Hickenbottom, into the world.

Curci currently resides on a family ranch in San Antonio, Texas, with her husband and children.