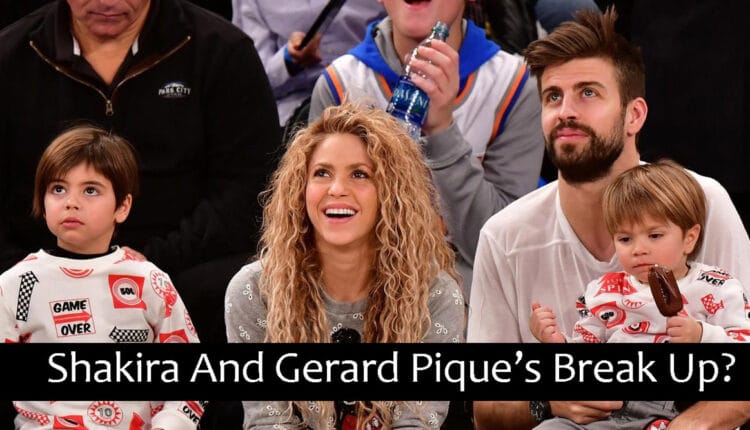 From singing waka waka to achieving numerous American Music Awards, The popular pop singer Shakira has already achieved a lot of things in her life.

Everything worked fine for the Latin singer until a very recent report broke down on the internet. Fans are already disappointed after finding out Gerard Pique, the current boyfriend of Shakira, has been cheating on her.

It is reported that Shakira has found her boyfriend being with another woman. The two started dating in 2011 and have been in a relationship for now. The famous couple from all over the world might split after the incident.

It has been confirmed that Shakira has found her boyfriend being with someone else while still having a relationship with her. Not only this but in the various reports, the famous footballer has been seen alone and mostly spotted living and chilling like a bachelor.

The internet has already taken this incident very seriously and it looks like the fans of Shakira are angry. The news is already trending on Twitter and everyone is hoping to see the official statement from either of them.

Another thing to note here is that Shakira is a true Instagram person and has been seen posting a lot. Earlier, she used to take pictures and posted them on social media all the time, But fans saw that her picture with her bf has been not in her feed very lately, Her last picture with Gerard was spotted in March and till now, there has been no such post.

You may also like: Guardians of the Galaxy 3: Confirmed Release Date, Cast, Plot And Latest Updates Shakira, besides being a popular American Latin singer, has been known for her amazing relationship. She has been with a few men and her relationship is known to last longer than we all expected.

The singer has already won numerous awards and achieved huge popularity from the people of the outside world. It looks like she has preferred a long-term relationship and doesn’t run for hookups.

While we always read about the other celebrities’ random relationships, Shakira is rather an easy-going person who has been working hard on her music, But one of the major things that stepped her back is her Marriage, While the actress has, undoubtedly, run amazing with her relationship, she seems to be get away from the marriage things.

Her first boyfriend was Osvaldo Rios, who she dated for three years straight. Osvaldo is a popular actor, model, and singer. Shakira started dating her back in 1997, and they two have been in an amazing relationship until they broke up after 3 years.

After that,  Shakira dated Antonio de la Rua for literally 10 years. The couple was officially in a relationship in 2000 and were having a romantic relationship till 2011.

Antonio is a lawyer and was the son of a famous Argentine president, Fernando de la Rua. The couple officially split after dating for a year. After their breakup, Antonio was seen in the courtroom against Shakira and filed a case against the pop singer regarding the compensation for all the work that he has done for her.

Finally, her relationship began with her current boyfriend Gerard Pique, whom she met in the legendary FIFA Championship of 2011. At that time, Shakira was shooting for her yet another famous song ‘Waka Waka’. Gerard Pique is a Spanish singer who is 10 years younger than her. However, this doesn’t stop the two from falling in love, The fans have already shown their disagreement regarding these two being in a relationship. But as time passed by, they were in a happy relationship.

The popularity of Shakira is no doubt. There is no wonder why pop singers are famous around the world. Her music has inspired people and that’s why the audience is crazy over her. At the time, Shakira had managed to sell over 80 million records worldwide. The American pop singer has already won 333 awards. Even more, the singer has over 732 nominations including 3 Grammy Awards and 12 Latin Grammy Awards. All these things are evident for her to make the most achieved Latin singer of all time.

You may also like: Abbott Elementary Season 2: Creators Confirmed the Renewal of Second Season!

I believe that every single one of us, celebrity or not, has a responsibility to get involved in trying to make a difference in the world. Our generation faces many challenges, some of which were passed on to us by the past generations, but it’s up to us to find solutions today so that we don’t keep passing our problems on.

I thank God that I’m a product of my parents. That they infected me with their intelligence and energy for life, their thirst for knowledge, and their love. I’m grateful that I know where I come from.

I’m a multi-faceted woman and person like all women are – there’s no black and white. We have shades of gray in the middle. And even many more colors that other people don’t see!

I do take advantage of, you know, feeling sensual and feeling sexy. And I think that is tremendously empowering and is not diminishing in any way. I feel that any woman who is in control, who is in touch with her femininity and sensuality, is a woman that is empowered.

Like this article? Share this among your friends and let them know about this hot topic that is running around the internet. Follow Trendingnewsbuzz and get all the recent updates about all the celebrities.

Fathers Day 2022: When Is Father Day And Why It Is Special?