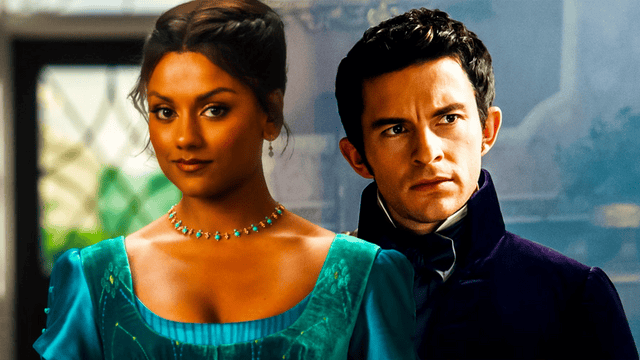 In this article, the following paragraphs contain spoilers for the second season of  Bridgerton which involves the sex scenes between Kate and Anthony therefore, read on for details on Season 2 of Bridgerton.

Even though Bridgerton has only been back on TV for a week, the story of Anthony and Kathani “Kate” Sharma going from being enemies to lovers has already won over viewers.

Even though there aren’t as many sexual scenes between them, their relationship develops slowly and steadily in a way that keeps the audience on the edge of their seats. (Thanks to Jonathan Bailey and Simone Ashley‘s acting, of course. They must have nailed that chemistry test when they were being cast.) 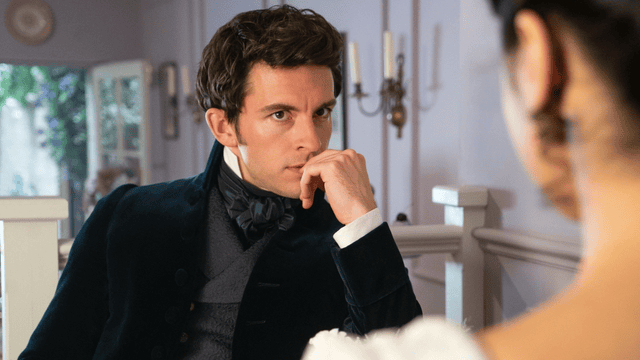 What Makes The Second Season So Much Wilder Than The Previous One?

In the second season of Shondaland’s Regency comedy, the main characters’ relationship is based as much on banter as it is on charged moments of intimacy, with the grazing of fingers happening much more often than straight-up raunchy scenes.

Comparisons to the racier first chapter, which was about Daphne’s (Phoebe Dynevor) sexual awakening, are almost inevitable, but season two isn’t as prudish as it might seem at first. It might be sexier, but Kate and Anthony don’t fully let go of their sexual tension until about the 50-minute mark of episode seven.

Importantly, this long-awaited sequence exceeds expectations by showing female pleasure in a way that is true to life.

“Harmony” fans get to watch one of the show’s most exciting sequences, delivered from Kate’s point of view.

This happens not long after her first secret kiss with Anthony, and it’s also the end of a disappointing triangle plot with her sister Edwina (Charithra Chandran), which is different in part from Julia Quinn’s books. 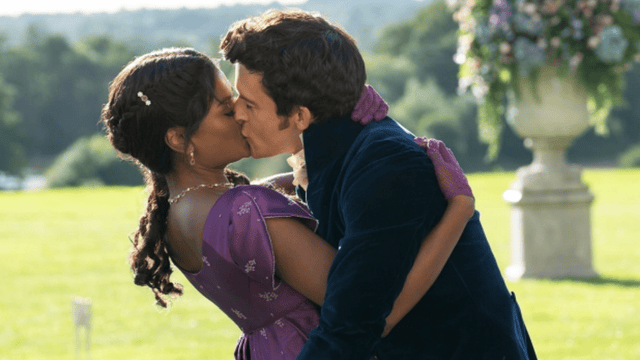 How Deep Is Your Love?

Kate and Anthony meet by chance in the garden, and when they argue, it brings them closer together. The viscount says he is a gentleman, but he hesitates. Kate, who is in charge of the game, tells him not to stop. At the time, conduct books for young ladies seemed to say that women are fragile creatures who can’t enjoy or want sex as much as (or more than) men. Her attitude goes against this idea.

When the female lead takes charge of her own desires, the show flips the story on its head again. She gives Anthony her enthusiastic approval, and the two of them engage in a scene that centres on her joy while a string arrangement of “How Deep Is Your Love” plays in the background.

Most importantly, the scenes questions the idea that penis-in-vagina (PIV) sex is the most important kind of sex. Everyone knows that women and people with vaginas don’t orgasm only through penetration, but TV and movies rarely show clitoral stimulation in a realistic way, especially in terms of time.

Bridgerton makes it clear that Kate is not expected to have an immediate orgasmic response to his touch. The montage we see makes it seem like Kate and Anthony’s time together lasts longer than what we see, unlike the short three-thrust sex scenes with men that we’ve seen a lot on screen.

Interestingly, Kate’s memory of the sex scenes the next morning might be the most sensual part of it. Kate goes back to her room after sneaking out on Anthony while he’s sleeping.

Alone, she can’t stop thinking about what happened in the garden. It’s her female gaze putting together sensual bits, until she sees Anthony’s face between her legs. 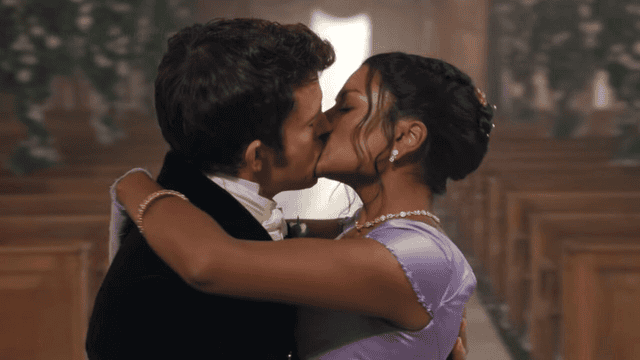 A Different Side Before Marriage

This scene also shows a different side of sex before marriage. Kate and Anthony are not married nor engaged. They’re out in the open and easy to find. It makes things even more interesting, but it could hurt their reputations, especially Kate’s.

For a young lady in London, where the show is set, being alone with a man is scandalous.

Daphne and the Duke (Regé-Jean Page) were forced to marry in season one for kissing.

Chastity and abstinence were societal status symbols then. Men had mistresses from various walks of life, including high-class ladies.

Anthony is no different. Not only did he date Siena (Sabrina Bartlett) in the first season, but he also met sex workers by chance in the second season.

Working-class Regency women often had sex before marriage, which was against the laws of various cultures and religions. People from lower classes had sex, sometimes outside of marriage in monogamous relationships.

Given this, Kate’s belief that sex isn’t very significant would make sense given her determination to succeed as a governess in India. Societal rules don’t stop her from enjoying the moment, which shows how fresh and modern her view of sex is and how curious and practical she is.

A Refusal To The Proposal

Kate refuses Anthony’s marriage proposal because she wants to leave London. The show’s joyful ending, with the couple marrying off-screen, differs from the book.

In the books, Kate and Anthony are in a compromising situation, like Daphne and Simon. They marry to escape a scandal.

It would have been unjust to Kate and her independent spirit to rehash the same story again and over.

In its place, Bridgerton has established the framework for future progressive stories by demonstrating that it can surpass the original and implying that its female characters will soon be partaking in notable activities.

Bridgerton is now on Netflix for you to watch. Wembley is now showing Fever Present Bridgerton at the Secret Cinema. Here is where you can buy tickets.