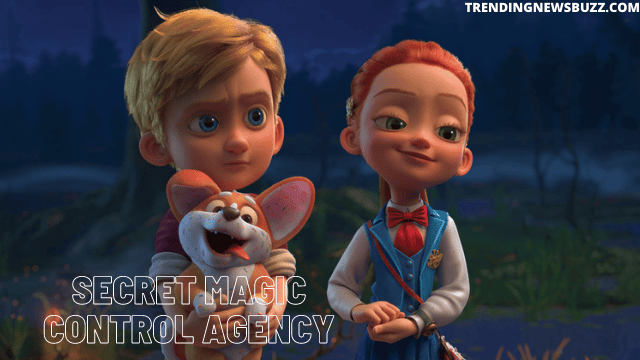 Many fairy tale movies make the imaginary world fantastic for children. Fairy Tales are not only appreciated by children but also by adults. People do enjoy watching them.

Secret Magic Control Agency is a story that gives a different angle to the typical fairy tale movies. Here is everything you need to know about it.

Aleksey Tsitsilin is the director of the computer-animated comedy film.

Sergey Selyanov, Vladimir Nikolaev, and Sasha Shapiro are the producers of the English-language Russian movie.

What Is the Plotline of the Movie Secret Magic Control Agency?

All the magic in the fantasy kingdom is under the authority of the Secret Magic Control Agency (SMCA). On a sunny day, the king is taken away illegally with the help of sentient food. It was enchanted with black magic. To keep the people away from the panic, the prime minister agrees to keep it confidential and asks for an SMCA investigation. The SMCA calls agent Gretel and her brother Hansen, who is a con artist. They believed that Hansel’s knowledge and abilities can help them to track down the king. 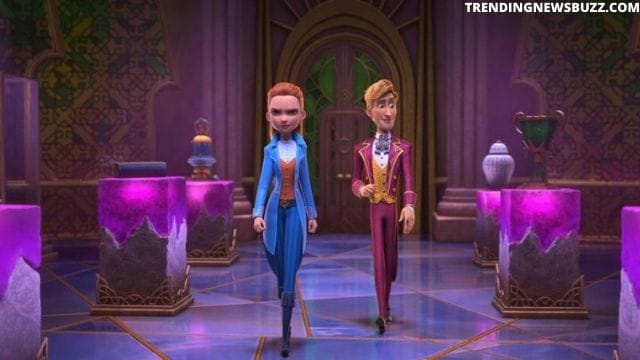 They start the mission by identifying a local pastry shop that contained the sentient goods. Gretel discovers a potion room in the pantry where she finds enchanted vanilla extract in a beaker. Hansel and Gretel get converted into children after being chased by a dog-shaped cookie that destroys the building. After returning to SMCA, they reveal the whole story, but no one believes them to be Hansel and Gretel. They soon decide to take the help of Baba Yaga, a witch rumoured for eating children. They come to know that the enchanted vanilla extract was of swamplands origin.

Read More: Do Do Sol Sol La La Season 2: When Will the Show Return?

After saving their lives from Baba Yaga, the children then reach the swamplands. It was the home of mermaids. The Lake Witch unknowingly assumes them to be the spies of Ilvira. Ilvira is the witch of the Gingerbread House. The witch tries to turn them into fish, but her daughter recognizes Gretel as she saved her from an incident once. They learn that the mermaids have locked several goons of Ilvira.

Gretel unlocks all of them, who leads her to Ilvira’s hideouts and King’s location. They learn that she wanted to become the Queen. After discovering the siblings, Ilvira captures them and locks them in an oven. The siblings argue in the oven and soon unite and escape successfully. They prepare an antidote and decide to go to the wedding. Gretel gives the antidote to the King, but unfortunately, the marriage gets sealed before they stop Ilvira.

Will they be able to fight Ilvira? Will they become of the normal size again? To know the answers, you must watch the amazing movie.

When Was the Movie Secret Magic Control Agency Got Released at the Box Office?

The confirmation of the release of the fairy tale animation film was done on 27th January 2021 by the press service of Sony Pictures. They highlighted that the audience will get a new look at the classic fairy tale.

What Are the Names of the Characters Involved in the Movie Secret Magic Control Agency? 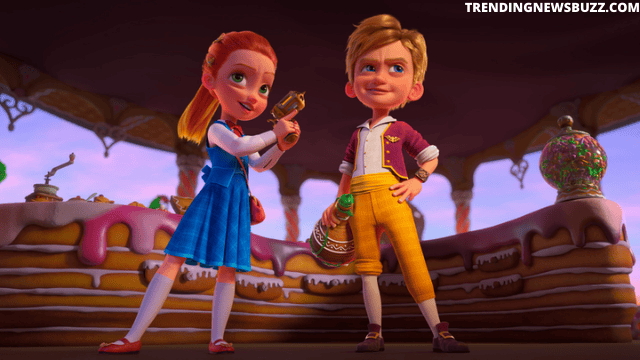 What Are the Ratings of the Movie Secret Magic Control Agency?

Secret Magic Control Agency aims to entertain children. But it will not fail to impress adults. It has received an amazingly positive response from the audience and critics.

Read More: Stargate Sg-1 Season 11: Whether It Is Cancelled?

Boris Grishin, for a review in Kino Mail, mentioned that it is a fascinating, dynamic, and witty cartoon that displays the real adventure detective who will also be interesting for adults. He suggests it to be a great option for family viewing purposes.

Secret Magic Control Agency has not received enough scores to be calculated on Tomatometer. However, the audience score is 55% on Rotten Tomatoes, based on more than 50 ratings.

Secret Magic Control Agency has received a rating of 6.2 out of 10 on IMDb.

Where Can We Watch the Movie Secret Magic Control Agency?

While surfing the Internet, you will find many websites that will allow you to access the movie. The most obvious one is the distributing company, Netflix. You can have a subscription to the channel to watch it.

You will find many other websites that will display the option to watch the movie. However, they will land you on Netflix. Some of those websites are Just Watch, Reelgood, TVGuide, Flicks, and Digitbinge.

You can also watch it on 1Movieshd.

Currently, Secret Magic Control Agency is officially available only on Netflix. We’ll update the section when you will be able to access it on the other platforms too.

Secret Magic Control Agency is entertaining children and adults all over the world. Have you watched it yet? If not, then this is the correct time. Have Fun!