Deadpool is by and far one of the most beloved comic book characters, and thanks to Ryan Reynolds’ hilarious take on the Merc With A Mouth, he’s more popular than ever. The character’s creator Rob Liefeld doesn’t seem happy with the future of the character, however.

Following Disney’s acquisition of Fox, Marvel Studios has the rights to all Marvel characters (well, except Namor.) But despite the fans wanting to see rebooted versions of X-Men and Fantastic Four, Marvel is taking it slow. Their entire Phase 4 slate doesn’t include any X-Men or Fantastic Four property. Though a film starring the latter team is confirmed to be in development.

Also Read: Percy Jackson To Be Adapted As A Disney Plus Series

Deadpool, whose box-office potential is enormous as evidenced by his previous films is still on the fence. Ryan Reynolds has had meetings with Marvel Studios about the future of the character, so it’s likely that there is something in development. It’s just odd that Marvel is taking so long for a Deadpool film. Because compared to the other characters; the meta nature of the character easily makes the switching of the universes that much easier.

Liefeld, frankly, comes off as slightly bitter when he says that the studio has no plans to release a Deadpool film. At least not in the near future anyway. He previously lamented the fact that Marvel seemed to be prioritizing The Eternals and Black Widow over Deadpool. This time around he’s providing more context for his claims.

He says that regardless of whatever inside perspective he may have, he knows that until a movie is put on a schedule, no one takes it seriously. “And what people don’t like is that I have assessed the schedule for the next, give or take, five years and I don’t see Deadpool on it. So, I don’t see that it can arrive earlier than that.” 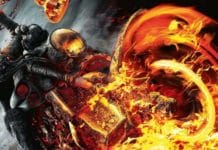