October 2020 is the month when Neon Genesis Evangelion celebrates the 25th anniversary of its initial release in 1995.

On this occasion, a popular US-based anime distributor GKIDS acquired the rights to distribute blu-ray & digital copy of the anime series in the US.

That’s great. But it’s not the reason for this post.

It’s for the upcoming Evangelion anime film Evangelion: 3.0+1.0 Thrice Upon a Time.

It got delayed indefinitely back in April. Thanks to the Coronavirus pandemic.

But that’s not the main reason.

The director of the upcoming anime film Hideaki Anno has issued an official statement to address fans’ questions.

Now, let’s check out the main reason behind the delay:

Here’s what the director Hideaki Anno had to say in his official statement made via the animation studio Khara’s Twitter account:

“It’s been a quarter of a century since the start of the series, and it’s already passed five years since the year the series was set in, The flow of time goes so fast. I’ve been working on Eva since I first wrote the proposal in 1993. I never thought I’d last [27] years, but now it’s at the end.”

“It’s my own fault that it’s taken me so long to complete this project, but the reason it’s continued to this point is thanks to all the fans. Once again, I appreciate your support. Thank you,” he continued.

“Society and being in the office is difficult at the moment because of the coronavirus, but I’ll do my best as the film nears completion. Please look forward to it!” Anno’s post includes his aforementioned original proposal for the anime series, dated Sept. 20, 1993.

Evangelion: 3.0+1.0 Thrice Upon a Time’s delay reason was not the only thing the director Hideaki Anno addressed in his statement.

He added an image in the twitter post revealing the duration of “D-part” of Thrice Upon a Time.

It’s 41 Minutes. He further revealed the possibility of the upcoming film’s total runtime going past 2 hours is quite high. Well, this may lead to trouble with the theaters as they’re limiting the release of longer films.

Once again, all thanks to the ongoing Coronavirus pandemic. Now, as for the release of  Evangelion: 3.0+1.0 Thrice Upon a Time, it’s not finished yet.

At the moment, it’s going under a “rush check.”

By rush check it means, it’s the final check done right before the editing begins.

Initially, when the Neon Genesis anime series aired it was for 26 episodes from October 1995 to March 1996.

Because of its immense success, a follow-up film Neon Genesis Evangelion: Death & Rebirth and The End of Evangelion were released in 1997.

Since then we’ve got:

And now with Evangelion: 3.0+1.0 Thrice Upon a Time, we’re waiting for the final film in the Evangelion movie series.

As of now, I don’t know the exact date when Evangelion: 3.0+1.0 Thrice Upon a Time will release. But we’ll let you know once we’ve any official update on this. So, stay tuned with us. 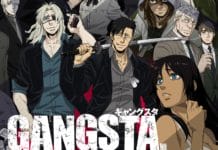 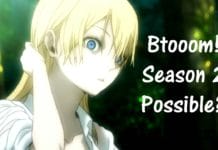