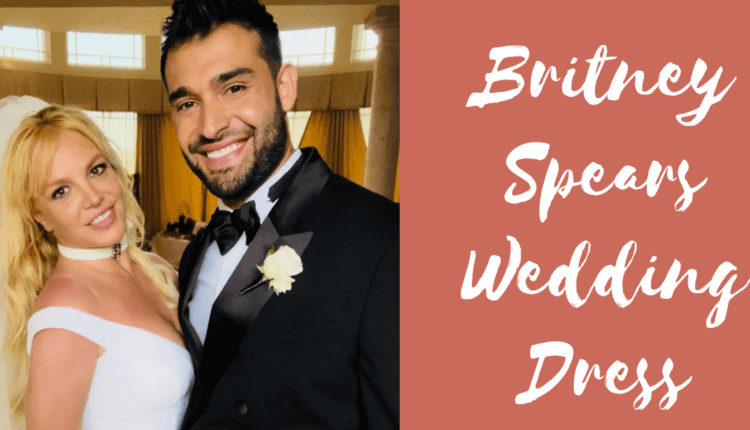 ‘Real-life Princess’ Britney Spears Thanks Versace for Her Wedding Dress and for Making Her Feel Like One!

What’s up with the more than 700 stitch count? A lot of work.

Britney Spears expressed her gratitude to the design brand Versace for creating the sophisticated and ornate white dress that she wore for her wedding to Sam Asghari over the weekend. A video that documents the development of the dress was uploaded to the singer’s YouTube channel on Wednesday night (June 15), and it shows the creation of an elegant floor-length gown with a high-thigh split, a veil with a satin-edged edge, and a matching white choker.

Spears noted in the caption that over 700 hand stitches were used in the process of customising and manufacturing the dress, which had a plunging neckline, off-the-shoulder sleeves, and a train that extended over ten feet. She followed it up by using an emoji of a dress and a princess and writing, “A huge thank you to the @Versace team for making me a real-life princess!!!.” 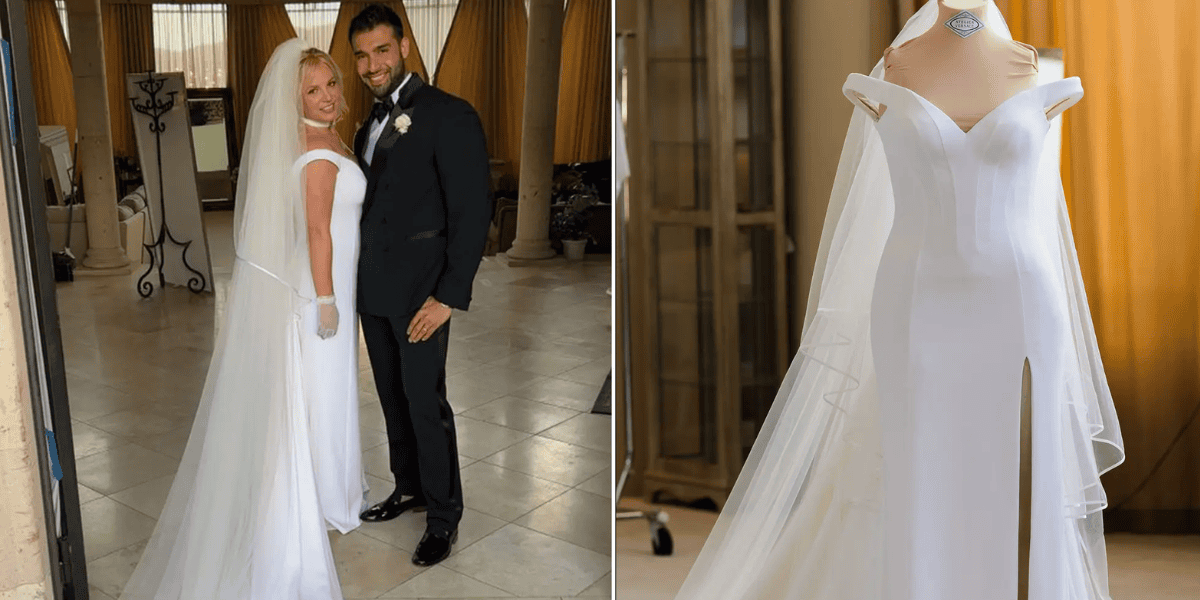 A designer is seen sketching out the dress in the accompanying 30-second clip, which is set to a dramatic classical score. After that, we see close-up shots of manicured fingers hand-stitching the details on the veil and testing the pearl buttons on the back of the bodice. The clip is titled “Versace for Britney Spears.” While the straps of the gown are being finished stitching and additional pearls are being put to the matching gloves, the entire thing is delicately placed on a mannequin for display.

Spears, who is 40 years old, and Asghari, who is 28 years old and works as a personal trainer and actor, tied the knot in a small ceremony that took place in Los Angeles at Spears’ house in Thousand Oaks. The chief creative officer of Versace, Donatella Versace, who was among the A-listers at the event along with Madonna, Selena Gomez, Paris Hilton, and Drew Barrymore, had earlier confirmed that her team worked on the singer’s dress as well as Sam’s tuxedo. Donatella Versace was also among the A-listers who attended the event.

“The most beautiful bride and groom Britney has been very important to me ever since the first time we met. “It makes me happy to see her free, happy, and now getting married,” Versace wrote next to a picture of the happy, stylish couple. “It was easy for me to design Britney and Sam’s wedding clothes. Every detail showed how much love was put into it. We made an elegant and glamorous dress and tuxedo with the help of our Atelier. They look amazing together!”

Spears posted a behind-the-scenes video of the event, which she called “fairytales are real.” In the video, she dances with Madonna to “Like a Virgin” and thanks her famous girlfriends for coming to her “spectacular” event.

Over 700 hand stitches went into tailoring and crafting my dress. A huge thank you to the @Versace team for making me a real-life princess 👗👸🏼 !!! pic.twitter.com/zZYXNwERxX

During a car ride with his wife Britney Spears, Asghari proudly displays his new wedding band while belting out Michael Jackson’s “Billie Jean” on his Instagram Story. 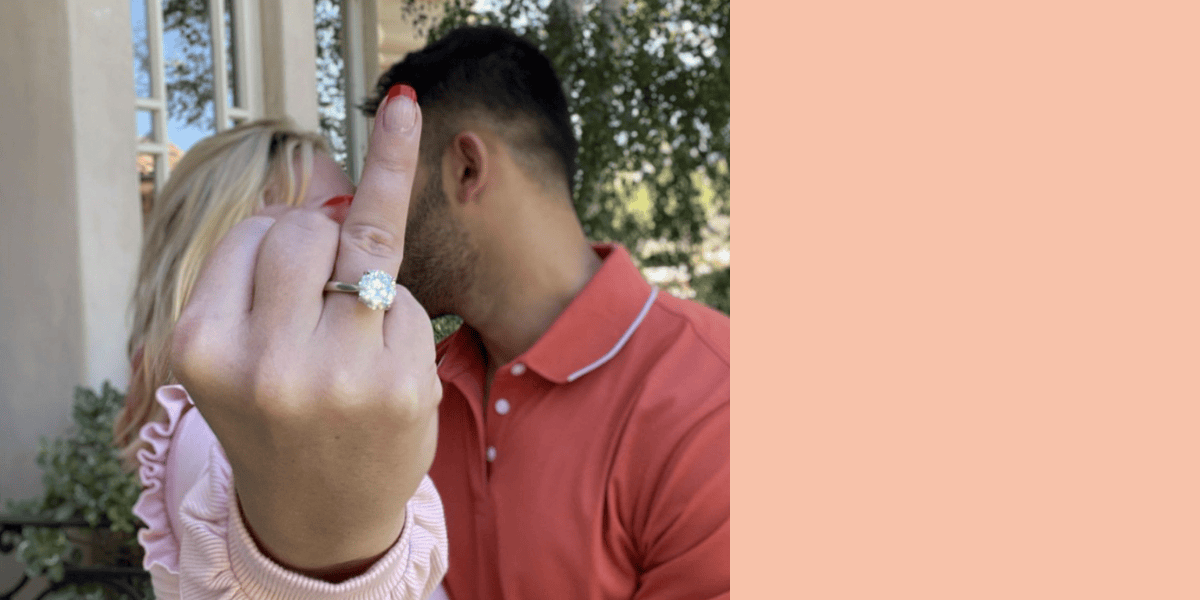 With Jackson’s chart-topping 1983 classic playing over the car speakers, the video appears to have been filmed by Spears, 41. “Congratulations on your nuptials! You betcha! “Exclaimed the Hacks actor, who was bobbing his head in time to the music, in the video.

“Hey baby. Hey,” said Spears, trying to get his attention, before jokingly discouraging him. “Don’t do that in front of people.”

“You have to!” replied a smiling Asghari, taking his wife’s jest in stride.

Versace’s “Can’t Help Falling in Love” was played as Spears made her way down the aisle, according to reports.

The newlyweds exchanged Stephanie Gottlieb’s handcrafted rings to make their union official. Two platinum eternity bracelets were given to the bride to match her engagement ring. To begin, we have a traditional shared-prong round diamond band, and to follow, we have a marquis diamond band set east-west in a bezel eternity ring. There are slightly about two carats of jewels in each of the rings.

Read More: Jerry Lee Lewis Net Worth: How Much Money Does the American Pianist Has?

The Relationship Between Kim Kardashian and Pete Davidson Is Reported to Be “Super Serious”. Is It True?

Britney Spears’ Father Will No Longer Accept His Daughter’s on-again, Off-again Feud With Him!