Now, Kodansha Comics has come up with 3 major announcements:

And the third announcement involved the release of the Monogatari Series Final Season box set. Let’s check out each of them in detail:

Last but not least is the release of the Monogatari Series Final Season box set.

When will Vertical Imprint release it? Well, you can expect it sometime in the Summer of 2021 with exclusive art by VOFAN. That’s not it. The box set will further include 7 of these novels:

They resumed the publication of the manga series in October 2018. In July 2019, its first part concluded, and they began shipping the fifth compiled book volume in September 2019.

In the North American region, vertical own manga’s rights, novel series & the upcoming anime adaption. The anime series will be based on its novel and manga series. Hence, the storyline will be similar if not the same.

So, here’s the summary of the Pretty Boy Detective Club novel & manga series:

The story starts with a 2nd-year student at the exclusive Yubiwa Academy Middle School, Mayumi Dojima. She lost a star that she looked at once, 10-years back. Then comes a secretive, unofficial, and completely mysterious Pretty Boy Detective Club.

In the exclusive Yubiwa Academy Middle School, he’s famous for solving all the problems looming within the school. The Pretty Boy Detective Club consists of 5 members & each of them takes Mayumi into their world of danger, excitement, and overwhelming beauty. And this sets up the beginning of a new thriller mystery by renowned author NISIOISIN!

That’s all for now. We don’t know the exact release date of the Pretty Boy Detective Club Manga Series. However, stay tuned with us.

We’ll let you know once we’ve any official statements regarding this. In the meantime, if you want to read the series before its official release, check out its light anime series on mangahere. 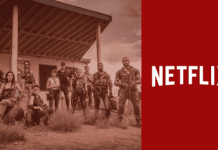 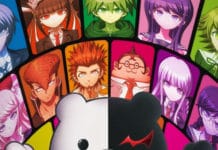