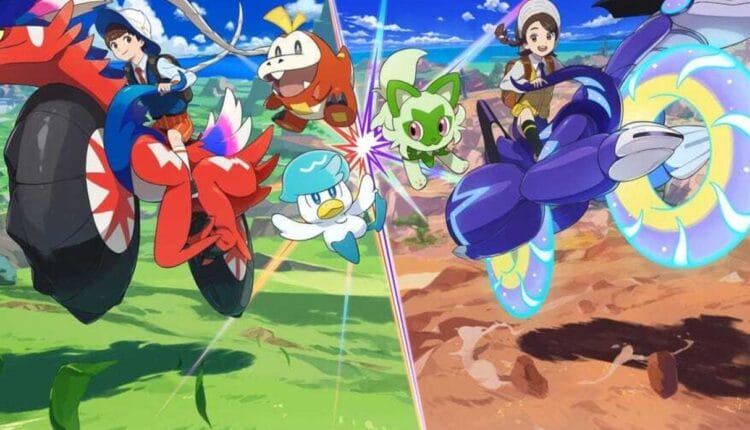 Hitting retailers in November of 2022, the newest Pokémon games of Scarlet and Violet were met with enormous public support. Despite some issues on the tech side, the games went on to smash records. Setting new standards means the future of the Pokémon series is all but assured, but this success could indicate the limits of the current Switch generation.

After launching on the 18th of November, Pokémon Scarlet and Violet were off to running starts. Shifting ten million copies in 72 hours, these games aren’t just the best-selling Pokémon games, they’re the best-selling titles in Nintendo’s console history. This puts the games on the shortlist for the best-selling games of 2022, with the upcoming holiday season potentially raising them to the top of the top.

This is despite the first Pokémon game launching back in 1996, making the series more than 25 years old. While the graphics, series, and Pokémon have evolved significantly over the years, the core battle system has remained remarkably consistent. This lack of innovation led some early spectators to predict an early burnout, but these concerns were apparently for nothing. These titles pushed the envelope where it counts, but in doing so have revealed some limits on what the Switch can accomplish.

Launching for the five-year-old Nintendo Switch meant the Scarlet and Violet’s developers were facing an uphill battle. The Switch is already the least powerful of the current generation of consoles by far, and this meant that Pokémon Violet and Scarlet suffered a range of graphical and performance issues. Some of these have been patched already and will be patched further over time, but it’s still a case where the humble handheld is pushed as far as it can go.

When the new Pokémon games launched, they took the world by storm. Pokémon news sites covering all of the important details have exploded in popularity, helping players with minor and major gameplay features. From battle tips to potential reveals for future titles, the world has been craving more, which could prove a driving force for the developers to up the scale even more with their inevitable next release.

With the Switch’s system already at maximum capacity, however, the next games might need to wait for a new system to accomplish everything the developers want. While we don’t yet have any solid information about a new Switch or another console from Nintendo, it is about time that a new system reaches shelves. As Nintendo showed with the New 3DS, it’s perfectly fine with creating hardware updates with backward compatibility, and with the success of the Switch, a New Switch seems a likely path.

Nintendo has already stated that it’s unhappy with the launch state of the new Pokémon games, and they also know that Pokémon is more popular now than ever before. We expect to see the pattern of popular spinoffs continue to trickle out, but for the next mainline entries, a new platform could be exactly what the doctor ordered. At least until then we still have a battle series to take part in, and no, we don’t care if a team based on the cutest Pokémon isn’t super effective.