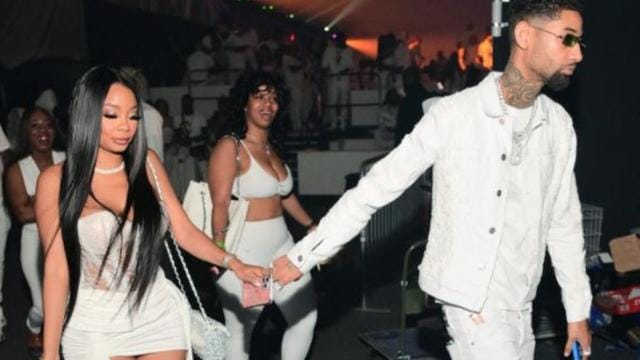 Rock’s girlfriend Stephanie Sibounheuang had posted pictures of them eating at Roscoe’s on her Instagram story. The restaurant’s location was also geo-tagged in the story which caused this unfortunate incident.

The police are yet to identify the suspects in the shooting incident at Roscoe’s Chicken & Waffles who killed PnB Rock.

YOU MAY LIKE:- What Happened To Rina In FBI? Her Death &#038; Aftermath Explained!

“The victim was sitting at a table eating with a female witness when he was approached by the suspect. The suspect then brandished a firearm and demanded his property. … The suspect then fired multiple rounds and then appears to remove some property, to what extent we don’t know at this time.” 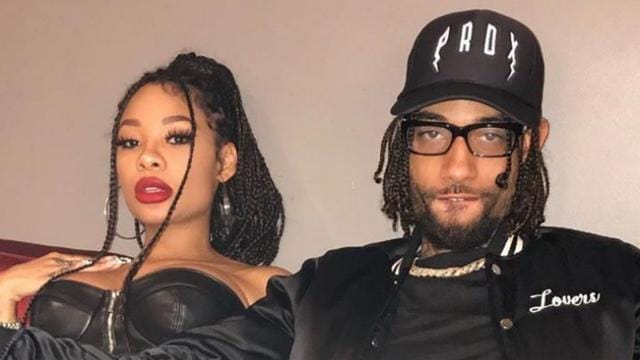 Stephanie Sibounheuang was born on July 20, 1991, is a well-known fashion designer and model. She is popular for being the creator of the clothing brand Yi Minx. In addition, Sibounheuang is also a social media influencer.

Stephanie, along with PnB Rock, was arrested back in 2018 on drug charges . Police officers received reports of a smell coming from their place. After searching, police found a handgun, some marijuana, and $33,000. Stephanie was charged with criminal conspiracy, drug possession, and receiving stolen property. The bail was set at $500,000.

YOU MAY LIKE:- Who Is Chris Pine Girlfriend in 2022? Is He in a Relationship?

Their relationship was public, and they became parents in 2020. The shocking news of PnB Rock’s death on Sept. 12, 2022, shook everyone. Stephanie Sibounheuang was present when PnB Rock was shot dead.

In early 2022, it was reported that the couple had broken up and Sibounheuang was rumored to be dating rapper Almighty Jay.

PnB wrote about their breakup phase: “It was a point in time when I felt like it was somethin better out there in the world for me… and I neglected everything I had at home chasin this feelin of emptiness…” he added, “You might just lose the very thing that made you happy after all…”

The couple got back together later on. 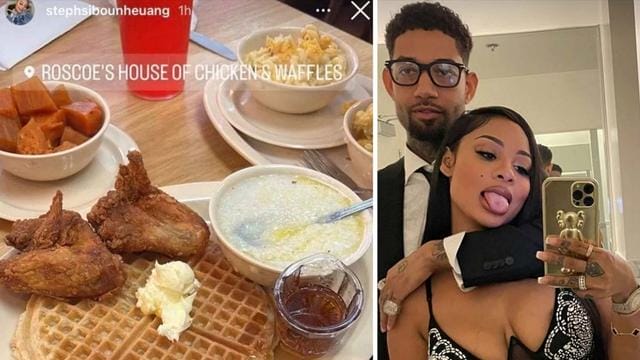 PnB Rock shared an image of the duo together on his Instagram story just hours before he died. Stephanie was with PnB Rock at the time of his death. She is the one who has posted their location at the South Los Angeles location of Roscoe’s House of Chicken & Waffles. Some fans accused Stephanie for being responsible for the rapper’s tragic death as she shared his location.

She was criticized by many celebs as well, including Nicki Minaj and Kodak Black. She says people have reported her IG following Rapper’s death.

One user said, “Yes, she caused his death. She knew that rappers are being followed either to their homes, and restaurants. PnB Rock said he was followed and this fool of a woman decided to broadcast their whereabouts to draw the killer to the restaurant and poor PnB Rock is dead.”

YOU MAY ALSO LIKE:- Leah Purcell’s The Drover&#8217;s Wife the Legend of Molly Johnson Depicts the Depths of Feminism!

Cardi B about criticism wrote: “I highly doubt [n-words] was looking at PMB’s babymom IG. He was in a bad location and people stay outside plotting. It’s very irresponsible and inconsiderate to blame her for something so tragic. We should be sending nothing but love to her and his family at this time,” s

Since nothing has been confirmed, it is unfair to put all the blame on her. Only the killer is responsible for the murder. The police are yet to identify the suspects.

What Has PnB Rock Said About Violence & Death Just A Week Before His Death?

Just weeks before his murder, PnB Rock shown concern over violence against musicians in LA while on podcast ‘Off the Record with DJ Akademiks’.

PnB Rock also shared the impact on him of killing of his brother, “It’s just been something in me that just let me know, like this shit is real life,” PnB Rock said. “I done seen people die. I done been around people that died…. Anybody can die.”

Who is PnB Rock’s girlfriend?

Stephanie Sibounheuang was his girlfriend, was also with the rapper at the time of his death. The couple had been on and off for several years. Their relationship was quite public.

How old is PnB Rock?

Why was PnB killed?

PnB Rock was declared dead at an area hospital, according to KTLA. Moore said “PnB Rock was shot and killed” because of robbbery.