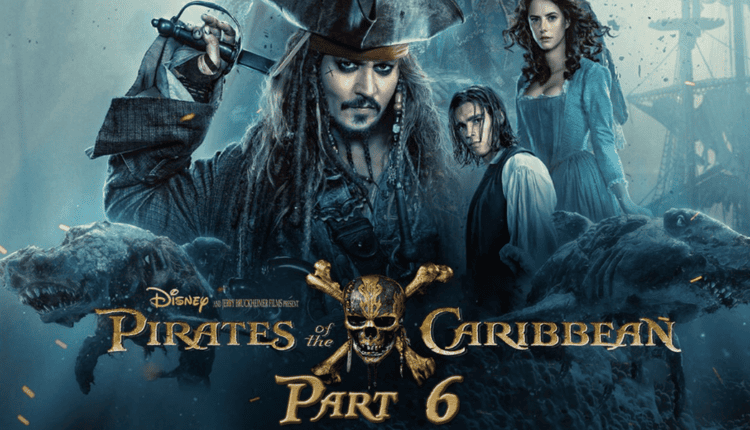 Pirates of the Caribbean Cast and What We Know More About the 6th Movie!

No one could have predicted that “Pirates of the Caribbean,” which began as an adaptation of a theme park ride of the same name that ran at Disneyland and Disney World, would go on to create one of the most memorable Disney characters of all time in Captain Jack Sparrow, and would go on to become a game-changing action franchise and sprawling epic filled with complex lore?

It’s been nearly two decades since the first “Pirates of the Caribbean” film was released, “Pirates of the Caribbean: The Curse of the Black Pearl,” which starred Johnny Depp as the suave swashbuckler Jack Sparrow and Orlando Bloom as the blacksmith Will Turner on a mission to rescue Will’s childhood love Elizabeth Swann (Keira Knightley) from the cursed ship the Black Pearl… which is Sparrow’s most prized possession.

Following the success of the first film, which grossed more than $650 million worldwide, Walt Disney Pictures and executive producer Jerry Bruckheimer (who produced the picture under his Jerry Bruckheimer Films banner) decided to take the franchise into the open ocean. 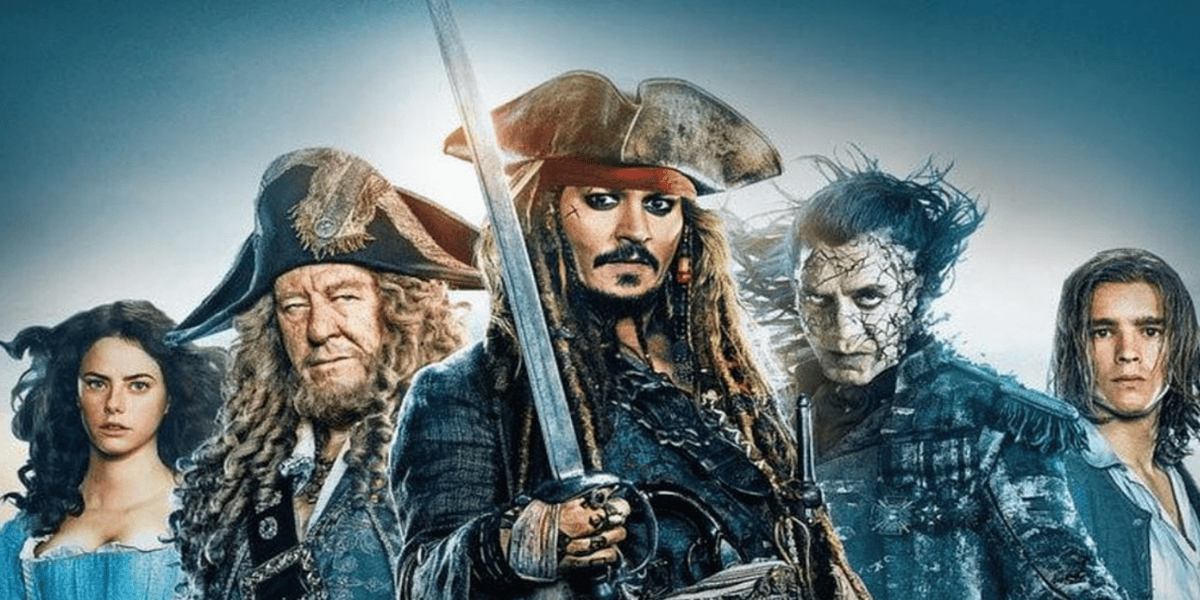 There’s a mysterious sixth film in the works, which will be released in the near future. According to Deadline, Disney has engaged Craig Mazin (of “Chernobyl” renown) and Ted Elliott (a writer on “Pirates 1 through “4”) to write the film instead of the previously rumoured “Deadpool” writers Rhett Reese and Paul Wernick. Bruckheimer then told Collider in May 2020 that the “Pirates” crew was “working on a draught right now,” and that they would pass it over to Disney officials as soon as they could.

In spite of the fact that there is very little concrete information available about the new picture, speculations and reports have been flying everywhere.

Listed here is all we know so far about the upcoming “Pirates of the Caribbean 6,” including who might be in it, when it might be released, and what it might be about.

Pirates of The Caribbean 6: Premiere Date

Since the script for “Pirates of the Caribbean 6” has not yet been finalised and given over to Disney as of June 2020, there is no official release date for the film to be announced at this time. It might be a very long time until “Pirates of the Caribbean 6” is released in theatres, depending on whether or not the story requires small modifications or a big makeover — and whether or not the current status of the entertainment industry has an impact on the project. 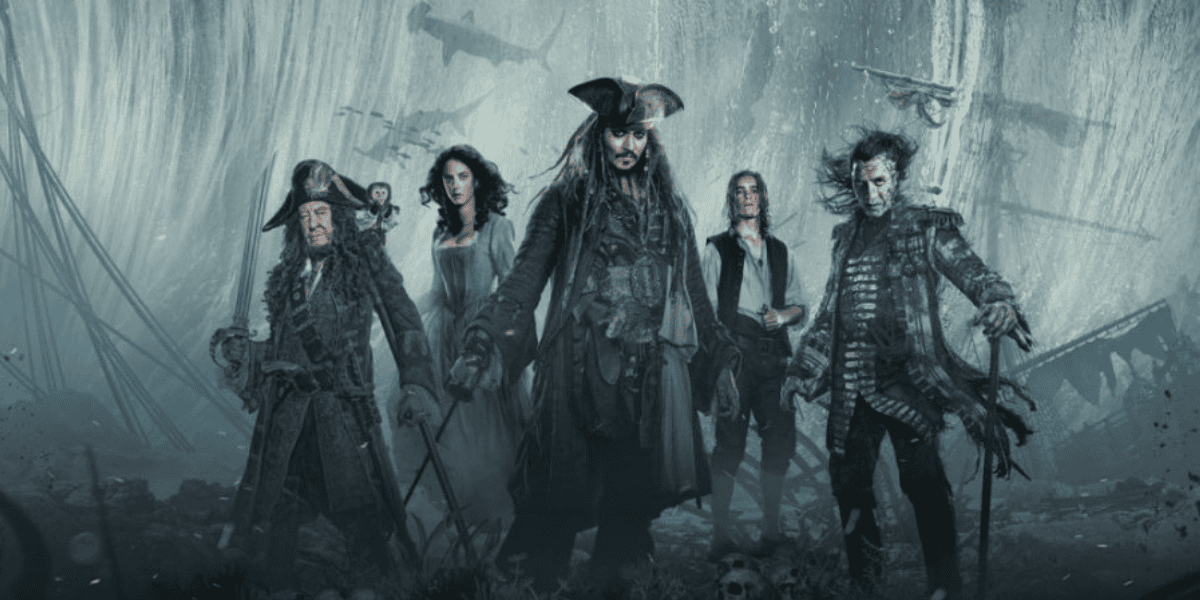 Obviously, only “Pirates 5” made it out alive from that scheme. Following the completion of a script draught by longtime franchise scribe Terry Rossio, Disney was unable to find a director for a brief period of time. Following the passing of Gore Verbinski, who directed the first three Pirates films, Joachim Rnning and Espen Sandberg were hired, Rossio’s script was abandoned, and the pre-production process began anew in January 2013, starting from the beginning.

Later, in November 2014, Deadline revealed that Brenton Thwaites had been cast as Will and Elizabeth’s son Henry Turner — a piece of information that arrived two and a half years before the film’s premiere in May 2017.

Pirates of the Caribbean 6 Cast

Although no one has been officially cast in “Pirates 6,” there is widespread speculation that Disney wants Karen Gillan to play the lead role in the picture, which will supposedly be centred around a female lead (more on that in a bit).

Her role as Gamora in the “Guardians of the Galaxy” film series is also being considered, and as an A-list movie star, she would be a perfect fit for the Pirates of the Caribbean franchise, according to a new report. According to speculations, Disney is considering Emma Watson for the role of Belle in the upcoming live-action “Beauty and the Beast,” following her performance as Belle in the live-action film.

Heck, there was even speculation that Zac Efron may be cast as a youthful Jack Sparrow in the next adventure film. Of course, unless Disney comes forward and makes official casting announcements, these reports will remain just that: rumours. 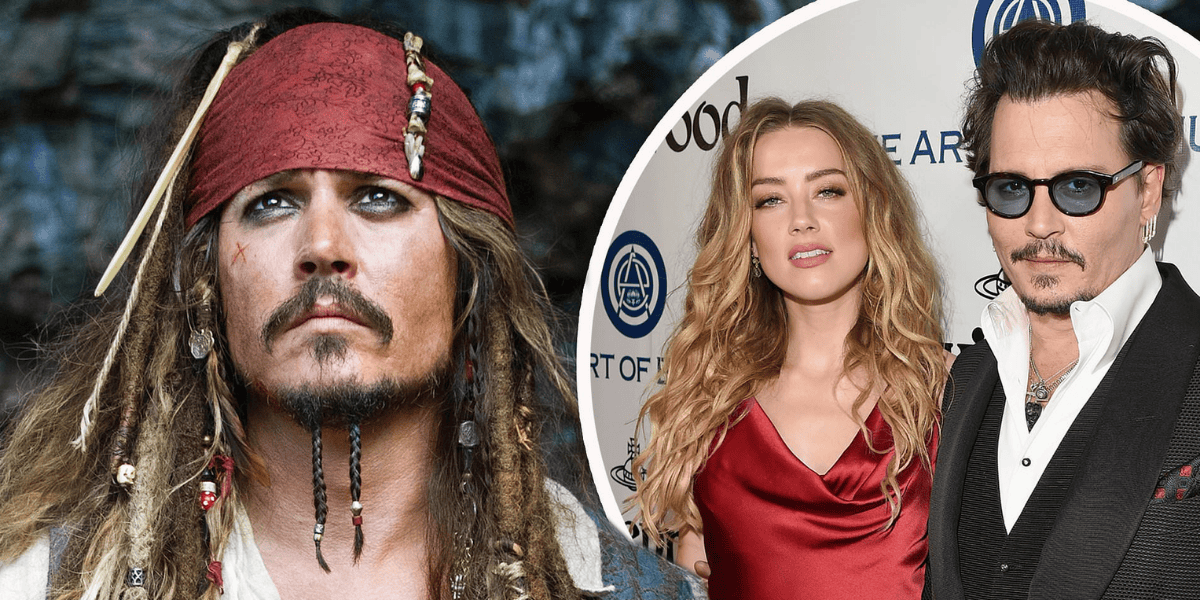 On top of that, Kaya Scodelario (who played Captain Barbossa’s daughter, Carina Smyth) revealed to ScreenRant in 2017 that she is contractually bound to feature in one more Pirates picture, despite the possibility of a new series instalment in the works. This means that the sixth film may simply take up where the fifth left off, with the majority of the ensemble returning, including Orlando Bloom, who had been rumoured to be returning as Will Turner in the fifth film.

One person we know who will not be returning to the franchise is long-time star Johnny Depp, who plays Captain Jack Sparrow in the film. After being questioned whether or not the franchise would be successful without Depp’s participation in an interview with The Hollywood Reporter, Disney Film Production Chief Sean Bailey answered, “I don’t think it would be.” “We want to infuse new life and vigour into the organisation. I enjoy the [“Pirates of the Caribbean”] films, but one of the reasons Paul and Rhett are so exciting is that we want to give the franchise a good kicking in the pants! And that’s exactly what I’ve asked them to do.”

Pirates of the Caribbean 6: Plot

As previously stated, Disney revealed in February 2019 that “Deadpool” writers Rhett Reese and Paul Wernick were no longer working on “Pirates 6.” (via Deadline). Craig Mazin and Ted Elliott were brought in to take their places later in the year. Do you think plans have altered since Mazin and Elliott took Reese and Wernick’s places on the throne? With “Pirates 6,” does Disney intend to take a more traditional approach?

As with everything else, we may go to the most recent instalment of the “Pirates of the Caribbean” film series to make some educated conclusions regarding the plot of the future instalment. It was revealed after the credits that Davy Jones (Bill Nighy) would return as an opponent in “Dead Men Tell No Tales.” In the sequence, the captain of the Flying Dutchman comes into Will and Elizabeth’s bed while they are sleeping and prepares to kill them before suddenly disappearing. The barnacles on the floor that Will can’t see reveal that Jones was present when he believes he is dreaming. One may readily infer that Jones will play a role in the upcoming “Pirates of the Caribbean” film in some capacity. The “Pirates” films, on the other hand, haven’t always followed a strict chronological order. The sixth film could take place in the same time period as the previous five films, or it could be totally devoted to new pirates in the interim between the current films. It’s possible that we won’t see Davy Jones again until the seventh or eighth instalment of the “POTC” series.

Many fans, like ScreenRant’s Lauren Coates, have proposed that “Pirates of the Caribbean 6” should centre on Redd, a character who was originally a source of contention in the original Pirates of the Caribbean theme park attraction, which was cancelled in 2005. As part of the original version of the attraction, Redd was a captive who was being auctioned off as a bride. When the ride was redesigned in 2018, Redd was transformed into a female pirate who auctioned off the stuff she had stolen from the hamlet. That scenario might likely become more credible as a result of Gillan’s reported connection with Pirates 6, especially given the fact that she and the animatronic figure in the ride have red hair.

Pirates of the Caribbean 6 Trailer

Since the script for the sixth “Pirates of the Caribbean” film is still in the early stages of development as of June 2020, a trailer for the film is just a twinkle in Disney’s eye. Before then, you may view the first five “Pirates of the Caribbean” films – “The Curse of the Black Pearl,” “Dead Man’s Chest,” “At World’s End,” “On Stranger Tides,” and “Dead Men Tell No Tales” – on Disney+, which includes all of the films in the franchise.

Soon enough, the powers that be will be forced to reveal what they have been keeping hidden, and we will discover more about what “Pirates of the Caribbean 6” has in store for us. No matter who the movie is about or when we eventually get to watch it, it will be refreshing to be back on the high seas for another adventure after all of this time has passed.

Read More: Irregulars Season 2: When Will Its Second Season Come?

Outlander Season 7: Know Everything About New Season of Outlander!