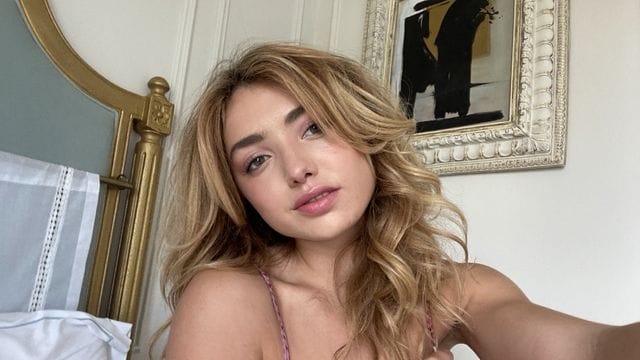 Young and deeply diving in love! Peyton List dating her Cobra Kai co-star Jacob Bertrand. They couldn’t keep their hands off each other ahead at the time of an afternoon out.

On 7th April Thursday, the co-stars of Netflix’s Cobra Kai were spotted packing on the PDA in Los Angeles. The list is 24 years old and wearing a black tank top and jeans while Jacob is 22 years old and he is looking equally casual in his shorts and t-shirt.

The pair were spotted kissing each other while talking on the sidewalk after a brunch date.

Rumours of their romance had been swirling after the Play Beauty founder shared a series of snuggled-up photos in honour of Bertrand’s birthday on March 7. 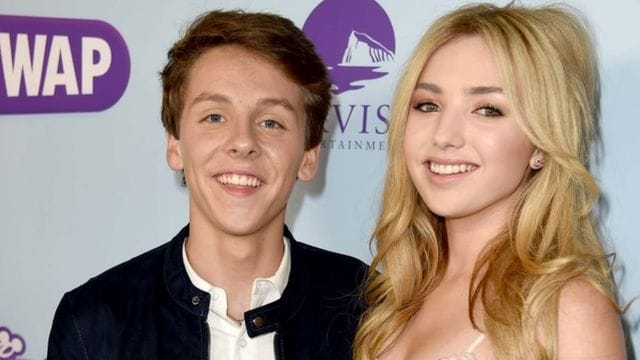 Then, the two walked the red carpets at both the Critics’ Choice Awards on March 13 and the Vanities: A Night for Young Hollywood party on March 23. The duo confirmed their romance later that month.

The Jessie star exclusively told to the US weekly on 9th April, Saturday that –

“You know what, I think he’s befriended my brother [Spencer List] and they’ve always been friends,”

“And so, I think that he understands that.” Further, she adds –

“If I don’t have my family’s [approval], then the person’s done because it’s just in my head and I can’t do it. … Yeah, and I’ve not trusted them in the past and then I’ve always been wrong. They know what’s best.”

After the next day of their PDA filed outing, the couple walked the PaleyFest red carpet at the Dolby Theatre in Los Angeles. They were posing with their arms around each other.

There was no smooching at the time of the professional event and they were focusing on promoting their upcoming season of Cobra Kai. 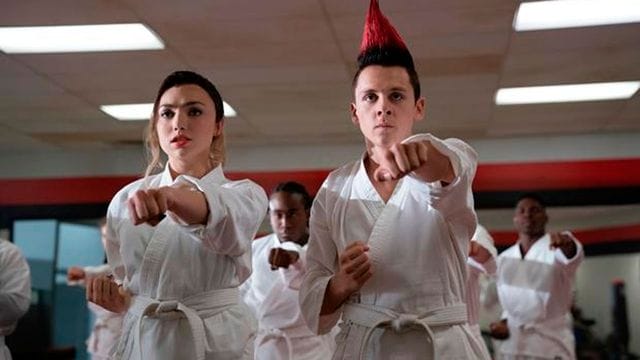 “Fans can expect lots of fights. I take my shirt off at some point this season, and I can’t say anymore! I’m gonna get in trouble,” Bertrand laughed while describing the fifth season on The Paley Center for Media’s official Instagram.

the 27 Dresses alum told the Paley Center’s Instagram that –

“Season 5 is even bigger. The finale is so intense,” “I am just so excited for everyone to see it. It goes in so many directions you wouldn’t even expect it. People come up to me all the time with fan theories and they’re amazing, but it’s something you really wouldn’t expect, I’m really excited.”

Peyton also revealed that –“been so fun” to work alongside her boyfriend,

She told Page Six That –

“I feel like we’re all best friends and getting to have, like, a person that I really love in the same city – I’m just so grateful for him.”

In addition to this, she also says that –

“He’s the nicest person. But it is weird [on set] because I feel like we’re with everyone but each other on the show.”

The young actress Peyton List is well known for her cast on the Disney Channel show Jessie. She has also done some incredible roles in Gossip Girl, Confession of a Shopaholic, Valley Girls and much more.

Now she has appeared in a leading role in Netflix’s show Cobra Kai. And surprisingly she is now dating her co-star Jacob Bertrand.

Before Jacob, Peyton dated fellow actor Cameron Monaghan. He is well known for his appearance in Shameless and Gotham. The pair were dated from 2017 to 2019.

This duo met at the time of the filming of Anthem of Teenage Prophet which was a small budget independent film with a closely knit cast atmosphere. But later the pair ended their relationship quietly in 2019. 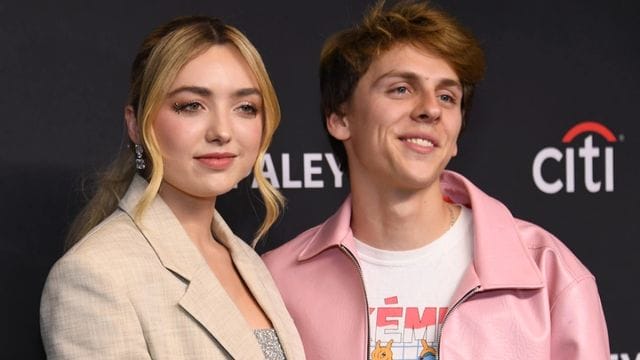 “Hey @PeytonList, figured now was as good a time as any to post this. The video was taken on the set of Anthem about two days after we had started dating. I was obviously smitten. Thanks for sharing nearly two amazing years together. Love you and wish you the best,”

When Peyton and Jacob Did Confirm They Were Dating?

“We’ve been dating for a while,”. “I’ve never dated anyone I’ve worked with before.” Dating a co-star is “almost trial by fire” for Jacob.

“We’ve been friends for a while,” he said. “I met her when I was like, 15. I was actually tight friends with her brother Spencer, so that was kinda awkward to be like, ‘Hey man, I like your sister.’ But yeah, we had fun on set and then hung out off-set.”

Well, Jacob did not reveal how much time the pair were dating each other.

Later on, Peyton joins the conversation and says that –

“I guess so, yeah. And then think about the consequences later,”

This same day couple went public with their relationship at the Vanity Fair and BACARDÍ Rum Celebrate Vanities: A Night for Young Hollywood party.

Read Also – Nicholas Galitzine Dating: Who’s He in a Secret Relationship With?

Peyton posts a birthday picture with Jacob with an adorable caption. From these photos, it seems like they were together for a long time. Well her caption was-

“Happy birthday Jacob,” she began. “Man you change your hair a lot. there are not a lot of photos where you are serious without me yelling at you so I had to post those first.”

Read Also – Katie Holmes Dating: Everything We Know So Far About Her Dating History?

4th October 2016, Peyton and Jacob appear in an interview together

Peyton and Jacob appeared on Young Hollywood, where they dished on their filming experiences. They also revealed which celebs they’d like to swap places with.

Well, it seems like Cobra Kai star Peyton List is dating her co-star Jacob Bertrand. Both are more open about their relationship as they appear publically in different place.

Ben Stiller and Christine Taylor: Everything We Know So Far About Their Relationship?