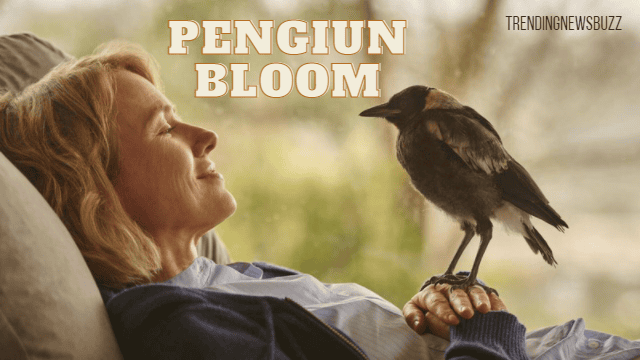 Penguin Bloom: a Spirited Film, but With Clipped Wings

Penguin Bloom : A spirited film, but with clipped wings.

As we struggle to adjust to the pandemic’s “new normal”. Naomi Watts and her feathery co-star are coming to Netflix to provide some encouragement. Penguin Bloom is a forthcoming Netflix film that debuted at the 2020 Toronto International Film Festival to generally positive reviews.

Penguin Bloom is an Australian family drama set based on the best-selling book of the same name. Is Penguin Bloom based on a true story? Continue reading to find out. This movie is about Sam Bloom (Naomi Watts), a young mother who loses her ability to walk in a near-fatal accident. And about her family who decides to nurse an injured baby magpie back to health. The arrival of the bird finally makes a significant impact in their lives. It change their life by giving them hope and motivating Sam Bloom to live once again. 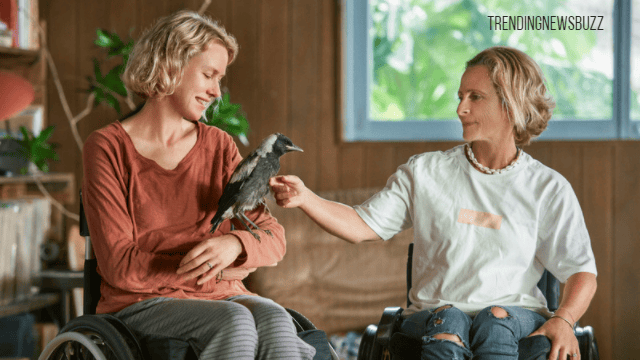 On January 21, 2021, the film was released theatrically in Australia. Later, on January 27, 2021, it was distributed on Netflix in select locations throughout the world, including India. The film received great reviews from both fans and reviewers. It was also declared a box office success despite the COVID fear. Before you make it your weekend binge, here’s all you need to know about the touching film and its origins.

The Oscar-nominated actress plays Sam Bloom, a dedicated housewife and mother of three, in the current film. Her life turns into a living hell as she battles to live with paralysis as a result of a horrific tragedy. She became paralyzed after falling from a balcony in Thailand. Then her husband Cameron (played by Andrew Lincoln) and children attempt to console her. They also try their best to support her emotionally and physically upon their return to Australia. But her distressed state makes it difficult for her to cope until her children adopt a wounded baby magpie. Sam eventually finds her way back to health with the assistance of a wounded bird. This love demonstrates to viewers that hope may come from unexpected sources.

Plot of the Film

Samantha Bloom (two-time Oscar nominee Naomi Watts), her husband Cameron (The Walking Dead’s Andrew Lincoln), and their three boys left Australia for a vacation in Thailand in 2013. Sam fell from a rooftop while admiring the view. This resulted in what was subsequently revealed to be a rotting railing, shattering her vertebrae in two places. Sam, a lifetime outdoorswoman, surfer, and traveler, was paralyzed from the chest down and suffered months in a depression. It made her wonder who she could be in the world and in her own family.

Her children brought home an injured baby magpie they found a year later. Sam bonded with the household’s new member, a black-and-white bird the kids fondly dubbed “Penguin”. She began a process of emotional recovery that astonished her husband and sons, her mother (Academy Award winner Jacki Weaver), and herself. Penguin Bloom is the incredible real tale of rebirth that occurred when a lady whose life appeared to be wrecked. She found hope and purpose in the love of her family and in a bird on its own recovery path. 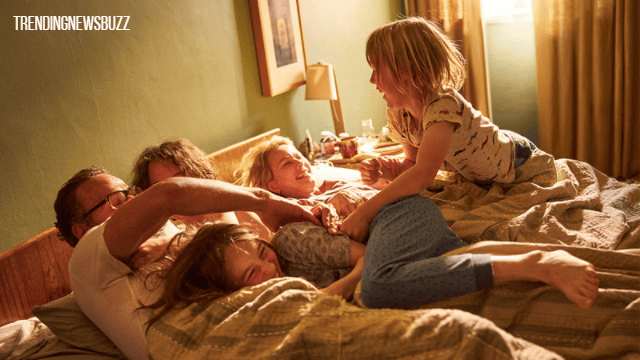 In Netflix’s Penguin Bloom, Naomi Watts gives a poignant performance as a paraplegic mother. But she is unable to compensate for a weak premise. Sam and Cam are played by Naomi Watts and Andrew Lincoln (The Walking Dead).

Jan, played by Jacki Weaver (Silver Linings Playbook), is Sam’s mother who frequently looks after Sam while her husband is at work. Jan, as expected, is deeply disturbed by her daughter’s depression following the accident and does everything she can to compensate with cheer around the house, though Weaver’s flawless performance shows tremors of worry and fear.

In this family film, the Bloom brothers, Noah (Griffin Murray-Johnston), Rueben (Felix Cameron), and Oli (Abe Clifford-Barr), gathered a lot of support for the plot. The little players brought uncertainty, innocence, and childlike enthusiasm to the Bloom home, creating many touching moments.

Rachel House (Soul, Thor: Ragnarok) is one of the film’s most welcoming forces, taking Sam under her wing, pun intended and teaching her how to recognise her new shape without skirting around it. This was arguably one of my favorite plot dynamics, and it could have utilized more screen time. House’s performance deserves special note, as it always does.

Noah Bloom, the family’s middle kid, discovered a wounded “Penguin” on Sydney’s Northern Beaches in 2013. The Bloom family – mother Sam, father Cameron, and three children Rueben, Noah, and Oli – chose to take in the injured bird, not realizing how significant it would become for the family. With the help of a veterinarian, the family began to care for an injured tiny pet and formed a close attachment with it. Cameron began chronicling their lives with Penguin and sharing it on social media while the bird was slowly recuperating. Their tale went global, inspiring a book and, now, a Netflix film.

The Sad Accident of Sam Bloom

Sam injured her spine after falling from a hotel balcony during a family holiday in Thailand in 2013, leaving her paraplegic. In his book Penguin Bloom, Cameron Bloom says, “Penguin could not have come at a better moment, by which I mean a more awful time.” Sam gradually built a deep bond with the strange tiny bird, which launched her on her path to recovery. When Penguin was weak and ailing, Sam would gently nurture her back to health, and when Sam was having difficulty getting moving, Penguin would raise her energy levels up. Penguin would be present if Sam was inside, completing paperwork or writing in her secret diary.

“Penguin would be there if Sam was outside painting and enjoying the sunshine,” Cameron writes. 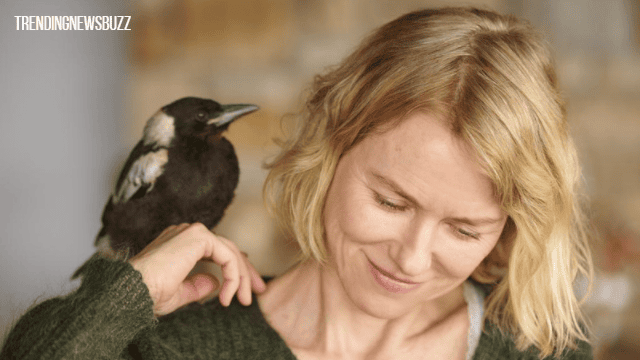 Emotional Part of the Story

We witness Samantha and her family members go through a lot of pain and uncertainty as she struggles to figure out who she is after her injury. Especially because, before her injury, she was frequently surfing, traveling, and playing with her three boisterous boys. Sam’s family is aware of her sadness and anger with her new circumstances. In reality, the dynamic of the family transforms when the boys publicly weep for their father rather than their mother if something goes wrong.

Penguin Bloom will be available on Netflix on January 27, 2021. The film will undoubtedly be worth seeing, as it stars the electric Naomi Watts and has an amazing premise. Stay tuned to trendingnewsbuzz for more information about future films and other fact-based stories.

Penguin Bloom’s brilliance lies in its emotion rather than its storytelling – which, regrettably, proved a blind spot for Ivin. The film might have been better paced if it had more structure, and it finished a little too suddenly. However, it is evident that Watts and Lincoln signed on to the project because they believed in Penguin and the Bloom family’s tale – which I appreciate. Penguin Bloom is worth seeing again, and it may even entice you to read the book on which this beautiful narrative is based.

The Last Czars: Whether There Will Be a Season 2?